Three young scientists of the University of Twente, Sinem Tas, Gréanne Leeftink and Justyna Chromik were selected to attend the Global Young Scientists Summit 2017 in Singapore.

The summit in Singapore takes place from 15 to 20 January 2017. A selected group of young scientists from all over the world gets the opportunity of attending a broad program. 'Advancing Science, Creating Technologies for a Better World’ is GYSS’s theme. The speakers’ line-up is truly impressive: many winners of the Nobel Prize, the Fields Medal, the Millennium Technology Prize and the Turing Award. About 250 young scientists were selected to join this year’s edition. 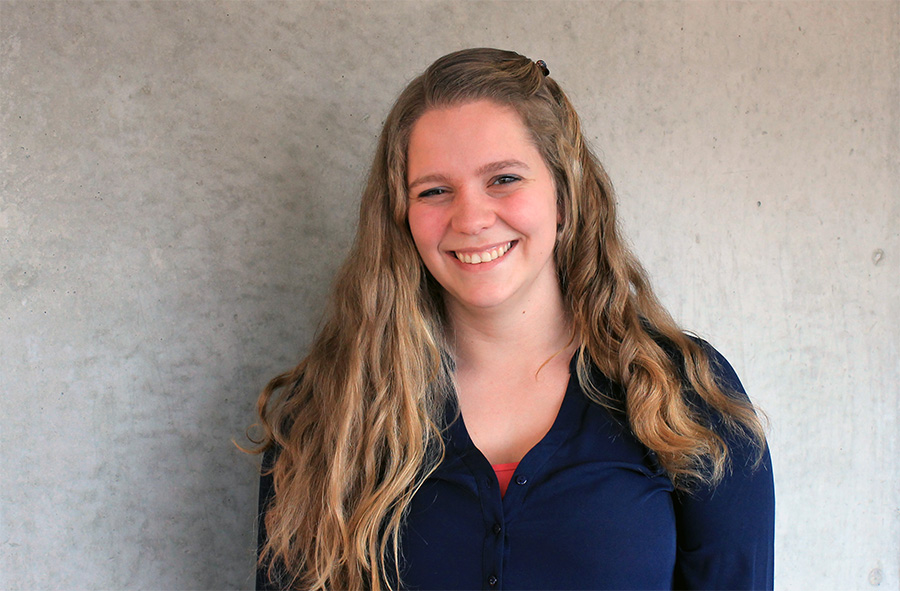 Gréanne Leeftink expects to broaden her horizons during this inspiring event: “The program is very diverse. It includes lectures of famous mathematicians, I particularly look forward to their talks. Getting in contact with many young researchers, hearing what drives them, that also seems great to me. It is a good opportunity to reflect on my own work.”

Gréanne studied Industrial Engineering and Management at the University of Twente and currently she’s a PhD student at the Centre for Healthcare Operations Improvement Research (BMS faculty). She wants to improves the diagnostics and treatment of cancer, by optimizing the processes in a hospital. Rapid diagnosis not only requires new technology, but also a better planning of the specialists and labs involved. Usually, the processes are well-designed for cancer types with larger patient populations like breast cancer, but this can have an effect on the diagnosis of cancer types that occur less often. Using smart mathematical models, it is possible to improve this. This is not an easy task: the planning of specialists and multidisciplinary teams has to be ready months in advance, while at that moment it is unknown what types of tumors and treatments will be discussed. Gréanne does part of her research in the University Medical Centre in Utrecht, The Netherlands. During a stay at the Mayo Clinic in the USA, her supervisor informed her about the possibility of attending GYSS. 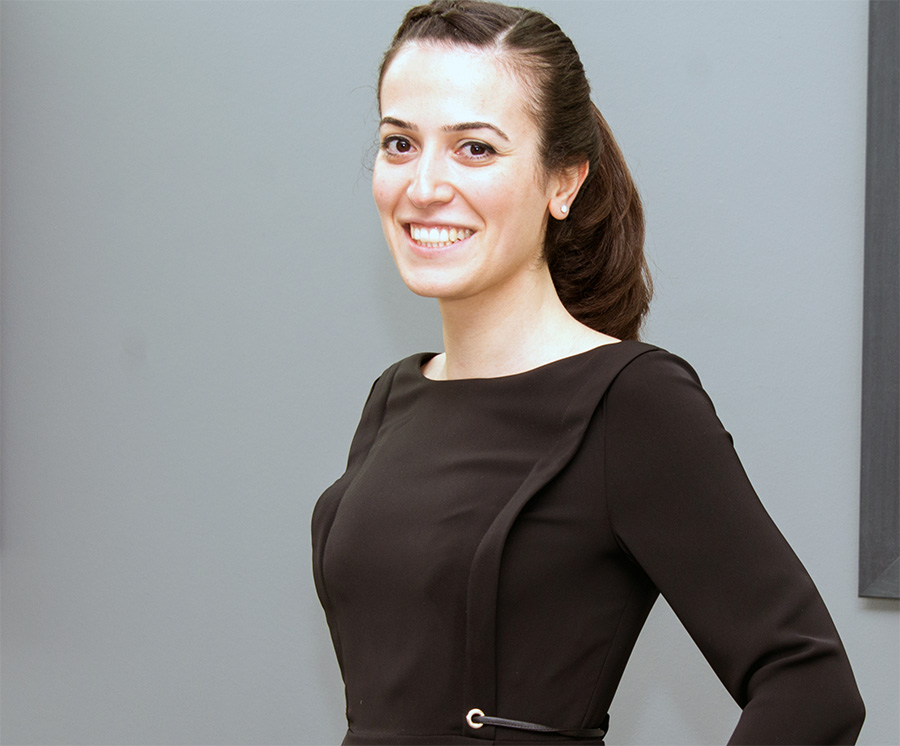 Sinem Tas is particularly looking forward to meeting Ada Yonath, one of the few female Nobel Prize winners in history. “She’s like of sort of role model to me. Apart from her lecture, there will be numerous smaller sessions enabling your personal growth as a young researcher. They’re about writing research proposals, getting international funding and worldwide opportunities. And about ethics, for example.”

Sinem is a postdoc researcher in the Materials Science and Technology of Polymers group of Julius Vancso (Science & Technology faculty). She also did her PhD at the University of Twente, in Kitty Nijmeijers membrane group. In her work, nature inspires her to develop new materials. At this moment, she is developing so-called ‘brush polymers’; polymers that are attached to a surface on one side and, from there on, form brush-like structures that can catch other particles and thus act like sensors. The idea is that by shaking these polymers at a certain frequency, they become more effective. This works in the same way as in the mucus layer inside the small intestines, which is constantly contracting and expanding. As Julius Vancso’s group is closely cooperating with groups in Singapore, Sinem also uses her time in Singapore to meet her colleagues there. “Singapore seems like a very energetic city to me, I am very curious.” 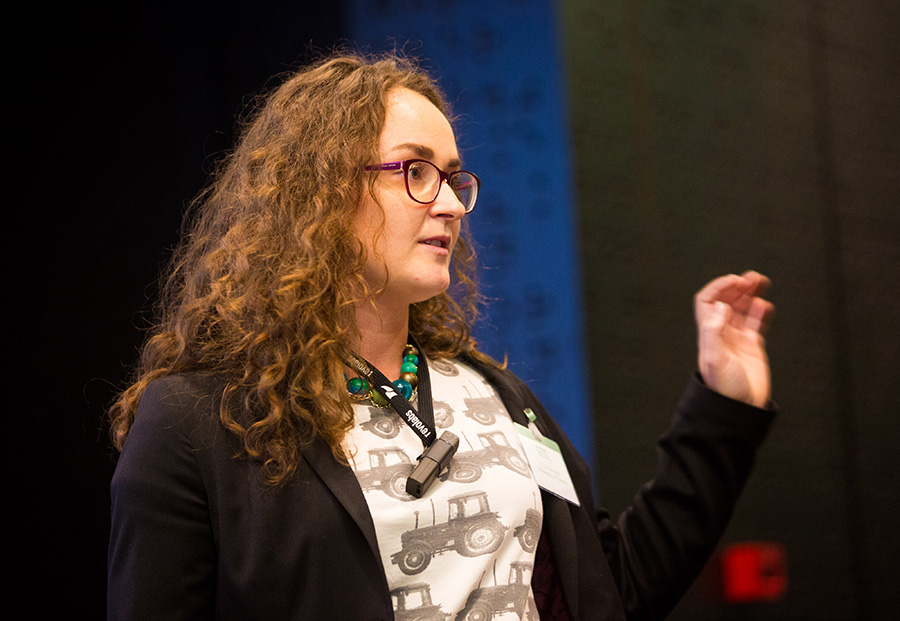 Justyna Chromik expects the summit to bring her lots of inspiration and networking opportunities. “Meeting scientists with so many backgrounds, I can learn a lot about all the different approaches”. She already marked a session with Vinton Cerf in her agenda, one of the founding fathers of the internet and winner of the Turing Award. Cerf is also a honorary doctor of the University of Twente.

Justyna’s PhD research (EEMCS faculty, Design and Analysis of Communication Systems) is about the security of computer networks used in energy supply, like the ‘smart grids’ getting more popular with the rising number of alternative energy sources. These networks prove to be vulnerable to attacks. When this is a small attack causing local energy supply to be cut off for a while, this still may be a relatively small problem. When someone manages to attack a critical point of the network, causing a major power cutoff, society as whole feels the consequences. The use of many types of equipment, not all of them secured in a solid way, makes the network vulnerable to unwanted intrusion. The systems typically used in industrial environments, including energy grids, is called SCADA: supervisory control and data acquisition. Justyna’s research includes both intrusion detection and making the network ‘self-aware’: measuring physical parameters like voltage and current gives useful information if a new device, is a suspicious one. “My PhD supervisor, Boudewijn Haverkort, suggested that attending GYSS would be a fine opportunity for me. The program also includes a lecture about security issues I am looking forward to, by Butler Lampson. Just like Mr. Cerf, he won the Turing Award.”

Global Young Scientists Summit is also called GYSS@one-north. ‘One-north’ not only refers to Singapore’s latitude, it is also the name of a large innovation campus in the proximity of knowledge institutions like the National University of Singapore (NUS). Here, companies, universities and hospitals join forces in innovation. University of Twente collaborates with several universities in Singapore, like NUS, the Singapore University of Technology and Design (SUTD), Nanyang Technological University (NTU) and the research agency A*STAR.