Due to the COVID-19 crisis measurements the PhD defence of Marjan Faber will take place online without the presence of an audience.

Marjan Faber is a PhD student in the department ELAN Teacher Development. Her supervisor is prof.dr. A.J. Visscher from the Faculty of Behavioural, Management and Social Sciences. 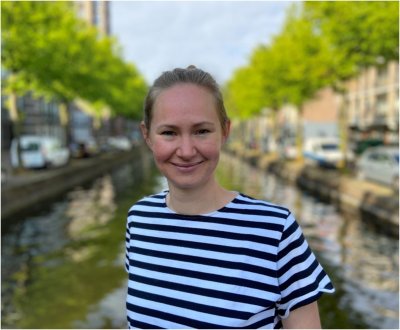 In the ﬁrst study of the dissertation feedback to teachers was given based on daily, non-standardized student assessments.

Study one: the eﬀects of a digital formative assessment tool

In this investigation the eﬀects were studied of a DFAT called Snappet on student achievement. The following hypotheses were tested:

·       The DFAT has a positive eﬀect on mathematics and spelling achievement.

·       The DFAT is more eﬀective when students and teachers use the tool to a greater extent.

·       The eﬀect of the DFAT diﬀers between low-performing, average, and high-performing students.

In the second study the relationship between diﬀerentiated instruction (DI) and student achievement was investigated. In this study we tested the following hypotheses:

·       Students’ achievement levels are higher in classrooms of teachers who diﬀerentiate their instruction more.

·       Students from diﬀerent ability groups do not beneﬁt to the same degree from a teacher who diﬀerentiates his/her instruction.

Two characteristics of DI were distinguished and measured. Firstly, DI should be planned and instructional decisions should be based on the analysis of student data. Secondly, what makes DI observable in the classroom is the variation in learning goals, instruction content, instruction time, assignments, and learning materials aimed at addressing varying learning needs. The ﬁrst characteristic was measured by means of an analysis of teachers’ instructional plans (n=89), the second by means of classroom observations of teacher behavior (n=144), using three items from the International Comparative Analysis of Learning and Teaching (ICALT) instrument.

In the second study teachers by means of the DFAT analyzed students’ assessment scores on a standardized, summative test that is taken twice a school year. Teachers were trained to use the results, among other things, for determining the composition of the student ability groups they work with in their classrooms. Using the DFAT for composing student ability groups was an important training component, however, perhaps not enough attention was given to the importance of using ability groups ﬂexibly (changing the composition of the groups if, based on new information, there is reason to do so) and to using multiple data sources for composing the ability groups. Overall, the ﬁndings from the two studies seem to point to the importance of immediate feedback to teachers. This may also stimulate teachers to compose student ability groups more ﬂexibly.

In the third study a meta-analysis was conducted to further study the critical characteristics of DFATs.

The aim of the this study was to investigate whether the results of high quality empirical studies in primary and secondary education conﬁrm that the use of DFATs by teachers is eﬀective. The meta-analysis of the studies answered the following two questions:

·       Is there an eﬀect of teachers using a DFAT on student achievement?

·       Which DFAT features, and which DFAT intervention features inﬂuence the eﬀect on student achievement?

DFATs can have a positive eﬀect on student achievement. The results of the classroom observations in study one seem to indicate that teachers use information from a DFAT as feedback to evaluate the eﬀects of their instruction, and as feedback for planning follow-up adaptive instruction. However, the results of the second and third study show that positive eﬀects on student achievement are not always accomplished. The results of the three studies together give indications of what characteristics of eﬀective DFATs might be;

·       frequent and immediate feedback to teachers, that is also

·       accessible and easy to interpret for teachers.

These characteristics may make a DFAT suitable for improving teachers’ daily instructional planning and make it easier to integrate a DFAT into teachers’ teaching practices.

Due to the COVID-19 crisis measurements the PhD defence of Marjan Faber will take place online without the presence of an audience.