Six University of Twente bachelor programmes have been awarded the Top rated programme status by the Keuzegids, one of the Netherlands’ most important information source for study seekers. The average score of all 20 bachelor programmes has increased by a point over the last year, to 68.5 points. This leads to a second place in the ranking of all Dutch universities. Wageningen UR heads the ranking, the distance education provided by Open Universiteit completes the top three. The Keuzegids praises the University of Twente as Best Technical University in the Netherlands. For that, the Keuzegids compared the UT score to the results of the technical universities in Eindhoven (59.5 points) and Delft (58.5).

In the latest edition of the Keuzegids Universiteiten, all bachelor programmes offered at a Dutch university have been examined, including the 20 programmes offered at the University of Twente. The UT programmes are doing really well, as the score increased from 67.5 points (on a scale of 1-100) last year to 68.5 this year. Fifteen programmes received the highest (or shared highest) score in their scientific discipline, four programmes came in second. 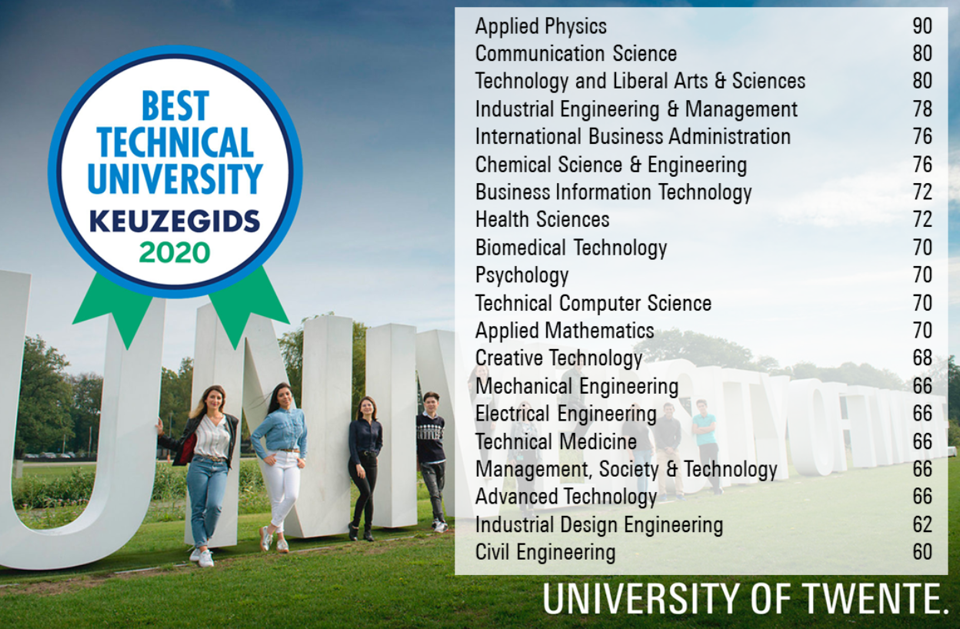 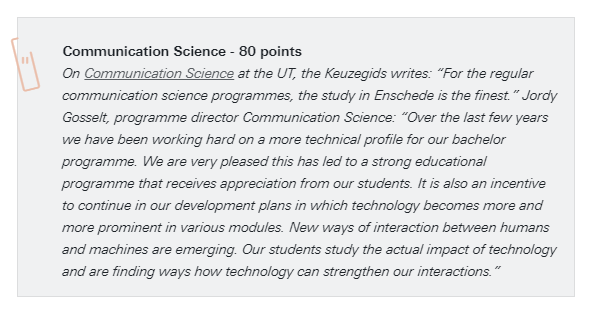 For further information see the website of the UT.