Before Technische Hogeschool Twente (‘Twente Technical College’) was founded, Drienerlo was just a quiet country estate. The land was part of the regular beat of police officer Roelof Strijker, who didn’t have to work too hard to keep it in order. All that changed in 1964, when the first students arrived and Strijker was suddenly very busy. His role was transformed: no longer largely an overseer, he was now the central point of contact for the students – and for the people who were less than pleased with the new arrivals.

Maintaining order in an area filled with hundreds of students is a very different prospect from carrying out the same role on a country estate where there are just a few farms. Strijker faced unforeseen circumstances, such as one morning when complaints started coming in: apparently all the street signs in Enschede and Hengelo had been swapped around overnight. He realized straight away that the culprits must be ‘his’ students.

Strijker was the right man for the job, always on hand to smooth ruffled feathers and gloss over his students’ exploits. That particular morning he advised one especially uptight Director of Public Works, ‘Just wait and see if there’s any lasting damage. I’m sure the signs will be put back.’ As indeed they were.

Strijker managed to resolve most situations without imposing fines, and the students came to see him as a trusted figure and regularly came to him with questions: about their finances, about girls – even about unwanted pregnancies. Then there was that one night when some students broke a comrade out of the police cell, and then had to work out what to do with their guilty consciences ... and with the keys they’d stolen from the duty officer...

Strijker stepped down in May 1977, but he never lost contact with the campus. In a 1986 interview with THT Nieuws (newspaper of the Technische Hogeschool Twente) he recalled, ‘Sometimes my wife and I felt like the “parents” in an orphanage,’ he said. ‘Now, with thousands of students on campus, it’s harder to get to know people. They get lost in such a big crowd. But when you really talk to them it’s amazing what they’re dealing with, the situations they’re in. But I don’t think anyone makes time for that anymore.’

Those first mischievous residents of the Drienerlo ‘orphanage’ were lucky to have a police officer like Strijker. 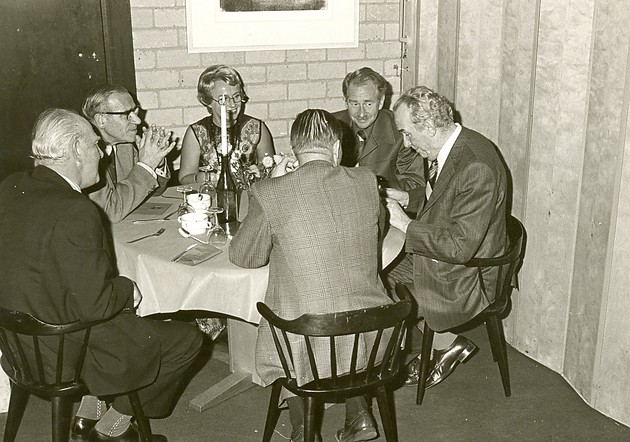