The Boortoren (‘drilling tower’), the clubhouse of hockey club Drienerlose Hockey Club (DHC), has been a feature of the campus since 1969. In 2016, this clubhouse was declared the most unusual hockey clubhouse in the Netherlands: a ‘towering’ achievement!

Just like other clubhouses, de Boortoren is the perfect place to have a beer (or several!) after a match – but the Boortoren is something special. Not just because of the building’s unique background story, but also thanks to the unusual traditions of the hockey club that’s based there.

Until 1963 the Koninklijke Nederlandse Zoutindustrie (Royal Netherlands Salt Industry, the forerunner to AkzoNobel) used drilling towers to extract salt from the ground. The Netherlands had dozens of these towers, many of them located in Twente. Most of the towers were demolished after 1963, and there are only three still standing today. Two of those towers are now national monuments; the third is on our campus and serves as a clubhouse.

In 1969, AkzoNobel donated the drilling tower to DHC, and the members transformed the extraordinary structure into a fully-fledged clubhouse, making sure to retain the original silhouette. No one coming to the University of Twente campus could miss this eye-catcher. A visit to DHC makes a lasting impression, thanks to both the unique structure and the club’s unusual traditions.

The club’s special toast is torenhoog (literally ‘tower-high’), and for good reason. Members of the clubhouse committee, whose responsibilities include maintaining the tower, have the privilege of going torenhoog: climbing the tower in the company of a guest and, well, making love. The clubhouse features a list of all the people who have gone torenhoog and who have, as it were, created a physical bond with the tower and the club. But you’ll have to curb your curiosity, because only people who themselves go torenhoog ever get to see the list: the names are up there in the tower...

The members of DHC are extremely proud of their unique clubhouse, which is why during the National Hockey Congress in 2016 they claimed that theirs was the ‘most extraordinary clubhouse in the Netherlands’. The website www.hockey.nl had to check out this claim, so they held a vote. When the Boortoren won hands down, with almost 50% of the votes, DHC could now officially say that they had the most extraordinary clubhouse in the Netherlands.

But of course they’d never had any doubts about that. 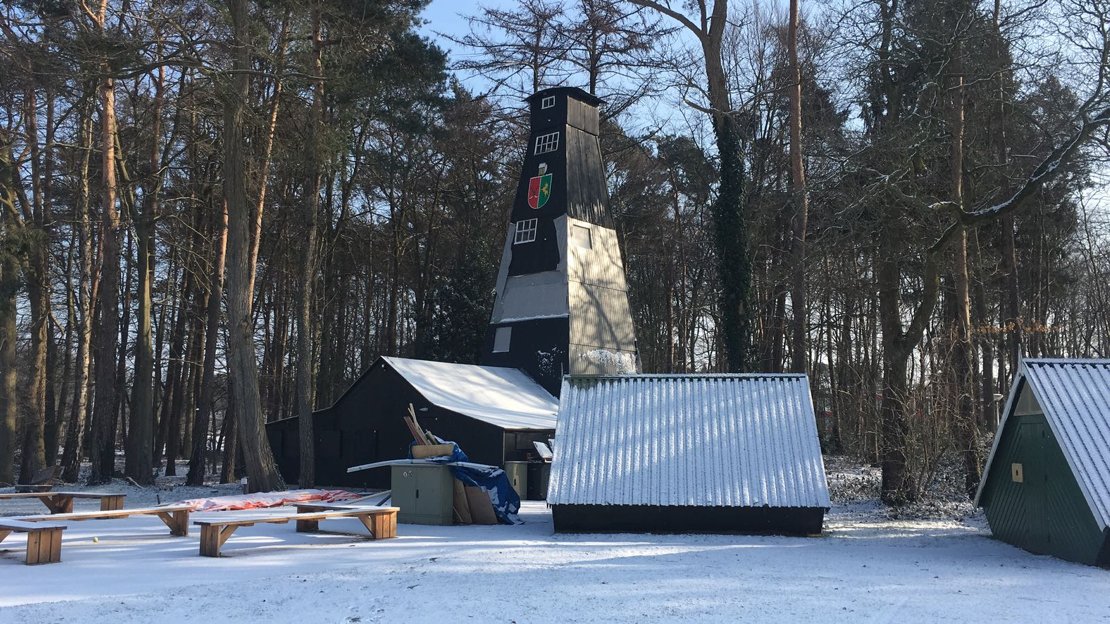