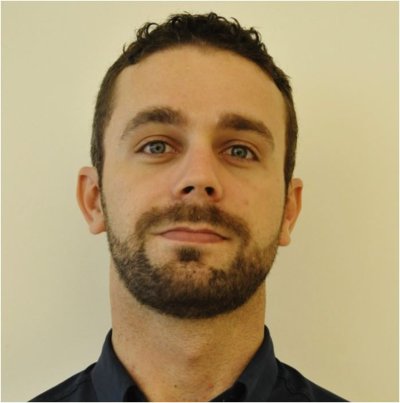 Liniker de Sousa is a PhD student in the Photocatalytic Synthesis Group. Supervisors are prof.dr. Guido Mul and prof.dr.ir. Nieck Benes, from the Faculty of Science & Technology.

In this thesis, we investigated the electrochemical reduction of sustainable molecules such as CO2 (chapters 2, 3 and 4) and biomass-derived model molecules such as butyraldehyde and crotonaldehyde (chapter 5) to utilize (a surplus of) renewable energy in synthesis of value-added chemicals. Spectroscopic techniques were used to confirm and elucidate reaction mechanisms and preferential adsorption of molecules.

In Chapter 1, an extensive background is provided on the motivation to employ electrochemistry as a tool to convert greenhouse gases such as CO2 and biomass-based molecules (such as aldehydes) into value-added chemicals and fuels. We describe the use of gas diffusion electrodes (GDEs) as efficient CO2 supply to the catalyst surface as well as the influence of reaction parameters on the selectivity and stability of electrochemical systems. The aim of this chapter was to describe the main challenges and recent technological advances in the field of electrochemical reduction of CO2 and bio-oil upgrading.

In Chapter 2, we investigated the effect of the catalyst ink composition on the electrochemical reduction of CO2 towards ethylene using Cu-based gas diffusion electrodes. The nano-scale interactions between the ink formulation (catalyst – ionomer – solvent) dominate the macro-interactions occurring at the GDE surface, such as morphology, electrochemical surface area (ECSA) and catalyst wettability. We conclude that aprotic solvents (DMSO and NMP) prevent ionomer polymerization, leading to a homogeneous catalyst layer and optimum performance towards ethylene (FEC2H4 = 27%), while protic solvents (IPA and EG) induce copper agglomeration and coverage of catalyst particles by the Nafion polymer, decreasing FEC2H4 to 13%, enhancing formation of CO.

In Chapter 3, we extended the use of Cu-GDEs in bicarbonate solutions to investigate the effect of the mass transport mechanism, the ionic membrane and ionomer content in the ink used to prepare the GDEs, on selectivity towards CO and catalyst stability. We reported an outstanding FECO of 85% by using convective CO2 supply (flow through), far above the FECO obtained via diffusive CO2 supply (FECO = 64%). In addition, we observed an optimum ionomer content of 10 wt% in the ink formulation, which resulted in a catalyst stability of over 10 hours of operation.

In Chapter 4, we addressed the effect of imidazolium-based cations when added to common bicarbonate electrolytes on Au-GDEs, in the electrochemical reduction of CO2. Initially, we obtained a remarkable FECO of 94% for an optimum Au loading of 2.0 mgAu/cm2geo at -0.9 V vs RHE (-50 mA/cm2). By decreasing the Au loading, this FECO was reduced to 75%. We then investigated the addition of methyl-methyl imidazolium cations to the 0.3 M KHCO3 electrolyte, aiming to increase the FECO of the GDE with the low loading of Au. Surprisingly, the addition of imidazolium species to bicarbonate solution induced reduction of HCO3- to form H2. Raman spectroscopy was used to correlate this observation to the surface composition of adsorbed species. In the potential region where H2 was mainly formed, an increased concentration of methyl-methylimidazolium and bicarbonate on the surface of Au was observed, confirming that adsorbed methyl-methylimidazolium promotes hydrogen selectivity by reducing bicarbonate.

In Chapter 5, we investigated the electrochemical hydrogenation (ECH) of bio-oil model molecules, such as butyraldehyde and crotonaldehyde on polycrystalline copper electrodes. By employing surface-enhanced Raman spectroscopy (SERS), we were able to identify preferential adsorption phenomena, correlating with catalytic results. We conclude that butanal species adsorb preferentially on copper surfaces after formation of carboxylate, which is then further reduced to 1-butanol (the major product with over 90% FE obtained via catalytic tests). On the other hand, unsaturated aldehydes such as crotonaldehyde adsorb parallel to the copper surface, interacting through both C=C from the aliphatic chain and the C=O carbonyl group. We observe preferential hydrogenation of the C=O group, leading to the formation of crotyl alcohol in significant amounts (FE of 75%). Finally, in the mixture of these saturated and unsaturated aldehydes, we observe that due to a preferential adsorption of crotonaldehyde, 1-butanol and crotyl alcohol selectivity sharply decreases to 18%, while H2 formation was enhanced, indicating competition for the active sites on the copper surface.

Finally, Chapter 6 presents a conclusion and a summary of the main findings in this thesis and an outlook and perspective on future research in the field.