From September 2013, the PCF group participates in the FP7 project: “Interfaces of Fluid Electrodes: New Conceptual Explorations” (INFLUENCE). The aim of this project is to explore new types of fluids for semi-solid flow batteries. In SSFBs, electrochemically active (e.g. Li containing) particles are suspended in a non-aqueous medium together with auxiliary nanoparticles that form a conducting network. The contribution of the project in Twente (led by Michel Duits) to the European consortium will be to analyze and optimize the rheological and conductive behaviors of the fluids inside microchannels. In particular the interface between the slurries and the current collector is expected to play an important role. 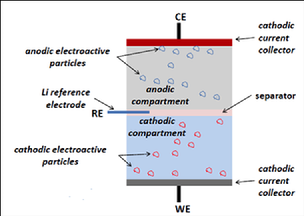