The treatment of aneurysms has seen a rapid transition towards less invasive endovascular aneurysm exclusion. The most common technique employs a stentgraft, which is a combination of a metal stent for strength and fixation and a teflon graft to block blood from flowing out from the graft, thereby excluding the aneurysm from blood pressure. A novel approach is to use a bare metal stent with a very fine mesh, i.e. with a minute distance between the struts, without an enclosing graft (Figure 1). Such dense bare metal stents can be combined in double or triple layers to produce increasingly small fenestrations in the total configuration. The small interstrut distance greatly reduces flow and possibly pressure in the area outside the stent. The low flow velocities outside the stented area induce thrombus formation. Near sidebranches, velocity has been seen to remain high enough to prevent thrombolization. Open channels in the large thrombus towards sidebranches therefore can remain open, giving this technique an advantage over conventional endovascular aneurysm treatment options where branches in the aneurysm are excluded from flow. This multilayer bare metal stenting technique has seen promising clinical results especially for pseudoaneurysms, which often stretch a long distance and typically involve crucial sidebranches.

The application of multilayer bare metal stents for regular aneurysms has also been established in a number of clinical case series. Especially for popliteal aneurysms, this may be an attractive approach for anatomies in which regular covered stentgrafts are no option due to significant differences in diameter of the proximal and distal landing zone. In addition, the major clinical risk of popliteal aneurysms is not rupture as in most aneurysms, but instead the induction of acute limb ischemia by thrombo-emboli formed in the popliteal aneurysm. This can be prevented by the formation of one large thrombus in the aneurysm sac after treatment by a densely meshed bare metal stent. 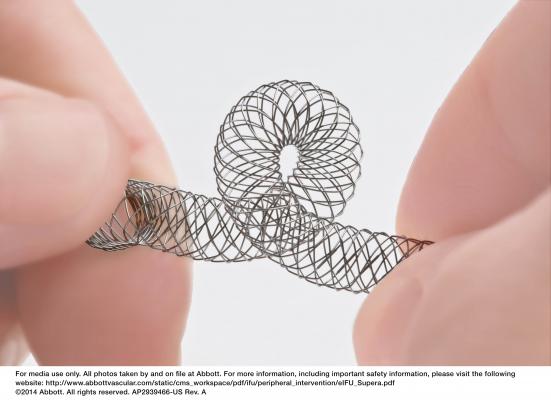 The design of the SUPERA stent is different to other stents used for peripheral artery occlusive disease by its design of interwoven nitinol struts, maximizing flexibility and compression resistance. In addition, it features a unique deployment procedure in which the stent can be locally compressed or extended, with one of the possibilities being the advent of aneurysm exclusion. Clinical results for treating popliteal aneurysms with the SUPERA stent are promising, however the question arises what the underlying mechanism of these favorable results is, particularly in the highly flexible popliteal artery. A key point would be to investigate the interaction between blood flow, the vessel wall, vessel anatomy and the stent configuration. This is done using particle image velocimetry (PIV) techniques (Figure 2 A and B). Flow perturbations cause various responses (neo intima hyperplasia, plaque rupture, thrombus formation) of the vessel wall due, and in particular high shear rates may activate coagulation cascades (Video 1A and B) . Knowledge on this part is crucial, both for optimal clinical application and for further development of the stent. 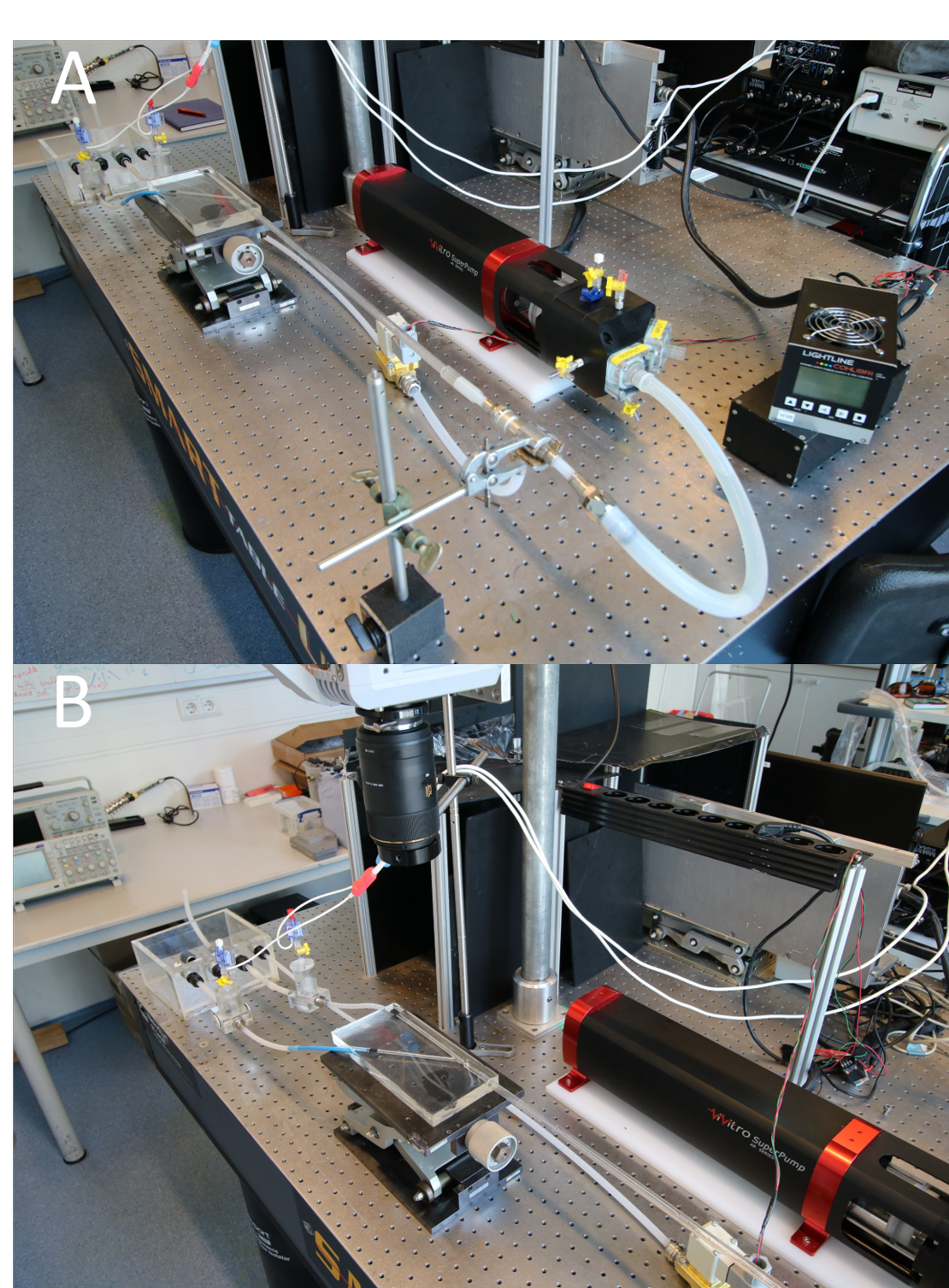 Figure 2. A: overview of the setup, using the Vivitro Super Pump and a 5W continuous laser. B: detail showing the high speed camera (Photron SA-X2) and distal compliance chambers of the system.

Video 1A and 1B: flow in phantom models of an untreated poplitea aneurysm (A) and one of the Supera stent configuration under investigation (B). Flow has been visualized with laser particle image velocimetry.