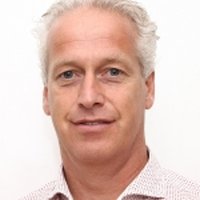 Prof. Dr. Michel Reijnen (MD, PHD)  finished his (endo)vascular training in January 2004 and joined the Rijnstate Hospital in Arnhem, the Netherlands in 2007. He is involved in multiple trials in the endovascular area and initiator and principal investigator of various (inter)national multicentre randomized trials and Registries. Being an early adaptor, he has been involved in the early phases of various innovations in the endovascular field, including the Covered Endovascular Reconstruction of the Aortic bifurcation technique. He is Professor of Endovascular Imaging and Innovation at the Multi-Modality Medical Imaging Group of the University of Twente, Enschede, The Netherlands. The main focus here is flow quantification using various techniques. He published over 250 peer reviewed manuscripts and book chapters and is reviewer of several journals and a regular faculty member of several international symposia.