The PhD defence of Job Komen will take place (partly) online and can be followed by a live stream.

Job Komen is a PhD student in the research group BIOS Lab-on-a-Chip. Supervisor is prof.dr.ir. A. van den Berg from the  Faculty of Electrical Engineering, Mathematics and Computer Science (EEMCS) and co-supervisor is dr. A. D. van der Meer from the Applied Stem Cell Technologies group of the Faculty of Science and Technology (TNW). 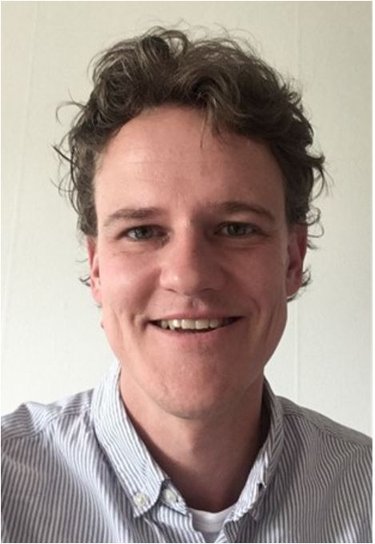 Cancer is the leading cause of death in Western countries. Current in vitro and in vivo animal models are imperfect predictors of the efficacy of novel cancer drug therapy, which contributes to the 95% drug attrition rate in clinical trials. Cancer-on-chip technology has shown great promise in improving preclinical models, however validation with clinical trial results and broad adoption has proven challenging due to lack of robustness and scale of the models, and the complexity of human cancer. In this thesis we take a stepwise approach to validating cancer-on-chip models for drug discovery. In this approach cancer-on-chip models are first validated against cancer xenograft models, and subsequently human tumor physiology is added. The specific aim of this thesis is to develop microfluidic cell culture models that can administer dynamic drug concentrations, mimic the drug response as typically found in cancer xenografts, and explore where the chip model can already outperform the xenograft model.

In chapter 2 we have reviewed crucial aspects of cancer xenograft biology and the availability of cancer-on-chip technology to mimic the xenograft. The subcutaneous cancer xenograft is a relatively simple cancer as it consists of only one cancer cell line (clone), however contrary to cancer cells in a petri dish the cancer is continuously supplied by nutrients via drug vessels, drug concentration varies over time, gradients of nutrients and drug exist within the tissue, and varying amounts of stroma cells are present. Cancer-on-chip technology for mimicking several xenograft tumor characteristics are available, such as nutrient gradients, three-dimensional cell culture, stroma cell co-culture, cell migration, dynamic drug concentrations, angiogenesis and mechanical stimulation. Also initial empirical validation of growth inhibition on-chip with drug response in xenografts is promising. Nevertheless integration of different aspects of tumor physiology can lead to technical challenges, and empirical validation needs to be expanded both in terms of read-outs and number of drug-cell line combinations.

Chapter 3 is an early study in which we took initial steps to culture cancer cells on-chip and induce cell death. MCF-7 breast cancer cells were introduced into a chip and survived for multiple days. Apoptosis could be induced by staurosporine, and cell survival and death could be quantified with calcein AM and propidium iodide on-chip.

In chapter 5 we sought to mimic the effect of oxaliplatin on the colorectal HCT116 xenograft in mice, on-chip. To succeed in mimicking the drug response on-chip several key aspects of the xenograft model were implemented on-chip. HCT116 cells were grown on-chip as cancer spheroids, which are characterized by cell-cell contact and a three-dimensional tumor microenvironment. Furthermore HCT116 spheroids were poorly differentiated and contained little stroma, alike HCT116 xenografts. Also, spheroids were exposed to dynamic, in vivo-like oxaliplatin concentrations for two days, and a drug free period of 5 days, mimicking a once a week drug administration schedule. Finally, drug response was evaluated by volume measurements and histology, as in xenografts. The drug response on-chip, as evaluated by volume growth inhibition, was 70%, which is comparable to growth inhibition found in xenograft studies. A decline in proliferation marker Ki67, a marker often used in xenograft studies and the clinic, and an increase in Cleaved Caspase 3 (CC3), an apoptosis marker, were observed, as in xenograft studies. Additionally, a temporary growth stop of two days and subsequent recovery of growth was observed on-chip, which would be difficult to detect in mice studies with external caliper measurement of the tumor volume. However, as spheroids are geometrically different from xenografts and grow faster, we further evaluated the representativeness of the drug response on-chip. Ki67 staining allows for mapping on-chip growth (inhibition) to the xenograft, via whole slide imaging and quantitative pathology with Qupath software. Based on the Ki67 staining on-chip spheroids were considered primarily representative of the ~1 mm thick proliferating shell of the HCT116 xenograft tumor. When on-chip growth and growth inhibition were applied to the proliferating shell in a pharmacodynamic model of the HCT116 xenograft, both control growth and growth under treatment are within the range of values found in xenograft studies. Hence drug response on-chip was representative of the effect of oxaliplatin in HCT116 xenografts.

As cancer-on-chip technology enables administration of in vivo-like drug concentrations, in chapter 6 we compared drug exposure within a spheroid to a xenograft after in vivo-like drug administration. While a spheroid is avascular and supplied with drug from the outside, a xenograft receives nutrients and drugs from blood vessels which supply surrounding tissue cylinders (or “tumor cord”). The radius of a spheroid can be more than twice as large as the radius of a tumor cord. Due to the difference in radius and supply direction, mass transport and hence drug exposure within the tissue might differ considerably. A qualitative evaluation indicated that except for absolute radius, other known relevant factors lead to higher mass transport in a spheroid: a shorter distance to e.g. the median cell, a larger drug supply surface-to-volume ratio, less potential for drug depletion, no endothelial barrier and less interstitial drug binding. Numerical simulations showed that administration of identical, dynamic, drug concentrations resulted in a comparable or up to 3 fold higher drug exposure in the median cell of a 250 μm radius spheroid compared to a 100 μm radius tumor cord. Hence despite the larger radius of spheroids there is no a priori need of increasing the drug administration to obtain an in vivo-like exposure. For fine tuning the drug concentration administered, specific and precise knowledge of relevant biological parameters for the tissue and drug under investigation would be needed.

Besides administering drug concentrations equal to concentrations in the blood of mice, cancer-on-chip systems can be used to test the effect of human drug concentrations. In chapter 7 we describe the development of a chip-model to administer drug concentrations which can be achieved in the brain, to pediatric brainstem cancer cells (Diffuse Intrinsic Pontine Glioma, DIPG/DMG). There is an urgent need of improving the treatment of DMG as two years after diagnosis less than 10% of patients are alive. Drug therapy against DMG is ineffective due to the blood brain barrier. However due to the advent of technologies for opening the blood brain barrier such as Focused Ultrasound (FUS), and the availability of hundreds of oncology drugs, new opportunities for effective treatments arise. However animal models of brain stem cancer are technically complex and time consuming and can therefore test only a limited number of drugs and drug combinations. Therefore, an in vitro method for selecting promising drugs is needed. First a pre-selection of drugs was made based on the ratio of drug levels achievable in blood plasma to concentrations needed to inhibit 50% cell growth in vitro. From the top 20 drugs doxorubicin was selected as a different research group has shown BBB transport was increased by FUS. Because direct measurement of intracerebral drug concentrations over time are unavailable for doxorubicin, the exposure over time is estimated based on the drug concentration in plasma, corrected for the brain to muscle drug concentration ratio. Exposure of DMG cells on chip to intracerebral-like doxorubicin concentrations, which we estimated at 10% of plasma levels, did not lead to significant growth inhibition, while exposure to 1 µM doxorubicin and plasma levels did inhibit growth. Both our estimate of intracerebral exposure after FUS at 10% of plasma levels and the induction of drug resistance by the Matrigel micro-environment seem to contribute to the lack of effectiveness. Whether the lack of effectiveness is representative of the in vivo effect is not yet clear; no clinical evidence whether FUS enhanced doxorubicin treatment of DMG is effective exists yet, and preclinical evidence is inconclusive. Nevertheless several other drugs have shown promising in vitro effectiveness and plasma availability and will be tested with the cancer-on-chip model, to both select promising drugs for the treatment of DMG and validate the sensitivity of the chip-system with future in vivo results.

From this thesis it can be concluded that cancer-on-chip models are able to mimic dynamic, in vivo-like, drug concentrations. Furthermore the response of HCT116 xenografts to oxaliplatin can be recapitulated on-chip. Also the cancer-on-chip models can provide a better insight in temporary drug responses and incorporate human tumor physiology, such as human drug concentrations over time. Nevertheless, before the chip model can substitute the xenograft model, further model development and empirical validation is needed for other drug-xenograft combinations. This holds especially for more complex xenografts, which for example have differentiated cancer cells and complex micro-environments, or drugs with an indirect mode of action, e.g. via the tumor micro-environment. When this validation is successful cancer-on-chip models might complement and (partially) substitute animal models for cancer drug discovery, and with further humanization of the model provide a basis for ex-vivo drug testing and personalized cancer treatments.

The PhD defence of Job Komen will take place (partly) online and can be followed by a live stream.