The PhD defence of Maria da Silva will take place (partly) online and can be followed by a live stream.
Live Stream

Maria Enes da Silva is a PhD student in the department Catalytic Processes and Materials. Supervisor is prof.dr.ir. L. Lefferts and co-supervisor is dr. J.A. Faria Albanese from the faculty of Science & Technology. 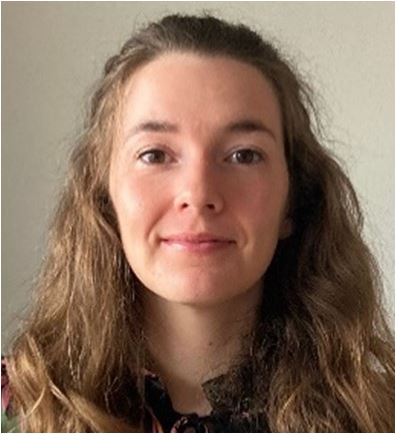 This thesis presents a proof of concept of self-regulating mechanism by a heterogeneous catalyst in combination with stimuli responsive polymer. These polymers have the unique ability to reversibly change conformation from a swollen to a collapsed state in response to an environmental stimulus (e.g. temperature or pH). The conformation change of the polymer could allow to locally adjust the molecular diffusion of reactants, thereby changing the catalytic activity autonomously. Since the reaction will be intrinsically manipulated, implementing this concept to industrial processes will potentially alleviate the need for using external measures to control the reaction rate, such as passive cooling or using inert dilutants.

Thus far, the self-regulating mechanism using stimuli responsive polymers has never been demonstrated for heterogeneous catalysis. Instead, an external stimulus is applied to alter the catalyst activity depending on the polymer conformational state when polymeric brushes are coated on a nano cluster. In the presence of a thermo-responsive polymer, such as poly(n-isopropylacrylamide) (p-NIPAM), the increase of temperature causes the polymeric brushes to collapse after surpassing a certain temperature, the so called Lower Critical Solution Temperature (LCST). Consequently, the change in conformation resulted in a decrease on the reaction rate, due to the partial blockage of the diffusion path of the reactants. These idealized systems demonstrate that thermo-responsive materials can be used to control molecular transport of reactants. However, there is still a significant research gap concerning the development of more practical catalysts that can have this stimulus-responsive behaviour under industrially relevant condition. More details regarding the underlining topics can be found in Chapter 1.

This thesis provides significant insights on the interplay between polymeric brushes, using a thermo-responsive polymer (p-NIPAM), and catalytic performance of a palladium alumina porous catalyst (Pd/Al2O3) by combining diffusion studies and rigorous reaction kinetics measurements. Chapter 2 discusses transport studies of CO in model catalysts consisting of a porous Pd/Al2O3 layer and a polymeric membrane coated with p-NIPAM brushes using in-situ ATR-IR spectroscopy. In this model, the polymer is physically segregated from the metal active sites, thus avoiding any influence on the CO-Pd interaction. It is shown that the polymeric brushes drastically change the CO diffusion through the membrane. Here, the collapse of the polymeric brushes caused an increase of the CO transport through the polymeric membrane. This was attributed to the increase of the pore diameter for CO diffusion in comparison to the swollen state. The experimental results were used to create a detailed molecular transport modelling based on Fick’s 2nd law of diffusion. The model suggests significant interaction between CO and the polymeric brushes, where CO absorption on the polymeric matrix plays a key role on the mass transport towards the catalyst.

Nitrite hydrogenation was selected as model reaction to study the effect of polymeric brushes on catalyst performance. Here, p-NIPAM brushes were coated near the metal active sites on a palladium alumina porous catalyst (Pd/Al2O3). The activity and selectivity towards nitrogen and ammonia of this reaction is strongly affected by the temperature and concentration profile inside the catalyst particles, making this chemistry ideal for probing these polymer-coated catalysts. Chapter 3 demonstrates the effect of polymeric brushes on the reaction kinetics, where a decrease in ammonia selectivity was observed by the p-NIPAM/Pd/Al2O3 catalyst in comparison with the bare Pd/Al2O3 catalyst. This observation was attributed to solvation effects caused by the proximity of the metal nanoparticles to the functional groups present on the polymeric chain and independent of the polymer conformation. In-situ ATR-IR spectroscopy demonstrated the induced solvation effects as the addition of polymeric brushes caused a red-shift of the NO2- adsorption peaks on palladium at low temperatures (25 °C). In-situ ATR-IR spectroscopy showed these effects by a red shift of the NO2- adsorption peaks for palladium catalyst with polymer-brushes-coating relative to the palladium catalyst without coating, at low temperatures (25 °C).

The effect of the polymeric conformational changes on the reaction performance was investigated by inducing mass transfer limitations on increasingly large catalyst particles (i.e. 0-38 µm to 38-100 µm), as shown in Chapter 4. The uncoated Pd/Al2O3 catalyst follows Arrhenius behaviour upon increasing temperature, independent of the catalyst particle size fraction (0-38 µm and 38-100 µm). The same trend was obtained for the catalyst in the presence of the p-NIPAM/Pd/Al2O3, but only for smaller particles (0-38 µm). Increasing the catalyst particle size fraction to 38-100 µm caused a decrease in the apparent activation energy barrier at temperatures where the polymer is in the collapsed state, i.e. above the LCST of 32 °C. A detailed reaction-diffusion model was developed to elucidate the interplay between the polymer conformation and catalyst pore structure. In the presence of a highly porous catalysts with undefined pore structure, the collapse of the polymeric brushes can either cause the blockage of pore constrictions and/or increase the effective pore diameter, as discussed in Chapter 2. In order to obtain the inflexion point in the model with the Arrhenius plot, the polymer collapsing must lead to partial blockage of the catalyst pores. Increasing the contribution of pore blockage, however, led to overestimation of the reaction rate. This strongly suggests that polymeric brushes do not only create a barrier for molecular diffusion but also interact with the reactive species, as discussed in Chapter 2.

Based on the results of this thesis, it is proposed in Chapter 5, to launch a research study on the effect of varying the membrane pore size on molecular transport of CO and/or growing the polymeric brushes only on the top of the membrane. The study should continue to experimentally obtain the absorption capacity of CO in the polymeric matrix by measuring the CO concentration as a function of time upon exposure to p-NIPAM polymeric brushes. The research should include in-situ ATR-IR spectroscopy experiments following nitrite hydrogenation reaction, to elucidate the effect of polymeric brushes on the reaction mechanism and intermediates adsorption strength. X-ray absorption spectroscopy can be added to map the distribution of the polymeric brushes inside the catalyst pores, which can help to improve our model predictions of the catalytic performance.

Waaier, 3
Add to your calendaraHGbRdipTzsgMbuxYmdh4912401/12/2022 16:3001/12/2022 17:30Europe/AmsterdamPhD Defence Maria Enes da Silva | Utilization of P-NIPAM polymeric brushes in the development of thermo-responsive catalytic systems - A study of the effects of self-regulating polymers on molecular transport and reaction kinetics

Maria Enes da Silva is a PhD student in the department Catalytic Processes and Materials. Supervisor is prof.dr.ir. L. Lefferts and co-supervisor is dr. J.A. Faria Albanese from the faculty of Science & Technology.