Pelin Karakiliç is a PhD student in the research group Inorganic Membranes. Her supervisors are prof.dr.ir. A. Nijmeijer and prof.dr. A.J.A. Winnubst from the Faculty of Science and Technology. 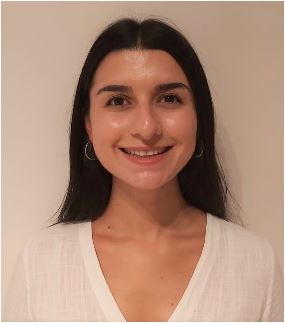 Microporous ceramic and zeolite membranes are expected to be of key interest for application in energy efficient molecular separations in industrial process streams as well as for recovery of precious gases. The need of highly selective, stable and easy to fabricate membranes is of considerable importance for the (petro)chemical industry. Cost-effective membranes are relevant for many separation processes such as H2/CO2 separation in pre-combustion carbon capture and CO2/CH4 separation for natural gas purification. Health is another important field that is gaining an increasing interest in society. Closed-circuit anaesthesia, using membranes for recovery of the valuable anaesthetic gas xenon, is the only economically acceptable technique for the use of Xe. Appropriate membranes for this application are not available yet. The regular pore structure of microporous zeolite membranes enables these systems to discriminate between molecules of different size and shape. However, existing zeolites membranes lack in reproducibility with regard to performance. Especially mesoporous defects between the zeolites spoils the shape and size selectivity of these membranes. This thesis provides novel approaches for the synthesis of defect-free ceramic and zeolite membranes for light gas separation.

The introduction in Chapter 1 starts with an overview on gas separation using membranes, followed by the classification of membranes based on their geometry, pore diameter and membrane materials. Next, a brief account is given on the chemical structure, preparation methods and appropriate gas separation for different inorganic membrane materials, namely metallic, ceramic and zeolite membranes. Finally, the chapter provides the scope and outline of the thesis.

Chapter 2 describes a fabrication method of pure and magnesium doped sol-gel derived amorphous silica membranes. Mg is incorporated to the silica systems for the first time. The structure of the separation layer remained amorphous upon doping with magnesium. However, with an increase of Mg concentration in the silica network, the pore structure changed and the pore size narrowed, resulting in a lower gas permeance. Through a silica membrane doped with 20% Mg no CO2 permeance could be detected, while all other gases still permeated through this membrane, even CH4 having a bigger gas kinetic  diameter than CO2. At any temperatures (from 50 till 200 °C), the CO2 permeance through 20% Mg doped silica membranes were below the detection limit of the gas permeation set-up. By having no detectable permeance of CO2 as a result of 20% Mg-doping, the H2/CO2 permselectivity remarkably increased from 9 to 350, for undoped and Mg-doped silica membranes, respectively. This increase in permselectivity is not only due to the reduced pore sizes but also to the interaction between the CO2 and basic sites formed as a result of doping the silica network with an alkaline earth metal like Mg. In this way, the CO2 is adsorbed on the pores blocking its own permeance.

Chapter 4 is a transition chapter between the microporous, amorphous, sol-gel silica membranes and the high-silica crystalline zeolite membranes. In this chapter the synthesis of a high-silica (silicalite-1) MFI zeolite layer is described, starting from an amorphous silica layer, which is transformed to a zeolite layer by a hydrothermal treatment. Here the silica layer acts as a sacrificial layer to provide as silica source and nucleation centres. The transformation of an amorphous silica layer into a crystalline MFI layer is a rather novel technique. The synthesis parameters such as the type and concentration of the silica precursor, the crystallisation time and temperature were studied in detail. The monomeric silica precursor tetraethyl orthosilicate (TEOS) was found to promote an orientation of the MFI crystals in the b-direction. Besides, thanks to its slower crystallisation kinetics, the use of TEOS as precursor strongly reduces the formation of crystals in the liquid phase which can deposit on the membrane surface in random orientation. The zeolite layers were formed in the preferred b-orientation when the optimal synthesis parameters were blended and the thickness was reduced to 3 µm. However, the MFI layers, obtained in this way, were found to be defective and not suitable for gas separation applications.

In the followed-up Chapter 5, the one-step silica transformation method was optimized by introducing a zeolite growth modifier (ZGM). Here, tributylphosphine oxide (TBPO) was used as ZGM, which facilitated the in-plane growth of the zeolite layers, providing the formation of large b-oriented faces. The TBPO isolates the nanoparticles in the synthesis solution, so that the concentration of active silica species were reduced, mitigating the twinning growth and enhancing the in-plane growth. The transformed zeolite layers were found to be defect-free and could be subjected to single gas permeation and mixed gas separation experiments. Here CO2/Xe separation factors of 5–6 were obtained through mixed gas separation experiments, which were larger than the measured permselectivity (1.9), obtained via single gas permeation tests, and the calculated Knudsen selectivity (1.7). These findings confirmed the defect-free nature of these MFI membranes as a result of using ZGM in the one-step silica transformation method.

Chapter 6 presents the synthesis of MFI zeolite membranes with tuneable Si/Al ratio (25–∞). Here the membranes were made by a secondary growth method, while in the previous chapters (Chapter 4 and 5) a one-step in-situ method was used for MFI membrane synthesis. Three different supports were subjected to zeolite crystal attachment: α-Al2O3, γ-Al2O3 and SiO2. Crystal attachment was done via manual assembly, or so-called “rubbing”. A large coverage of the zeolite crystals was achieved when γ-Al2O3 supports were used. This stronger attachment of crystals on γ-Al2O3 supports compared to the other supports can be explained by the adequate properties of this support in terms of low surface roughness, high concentration of hydroxyl groups and opposite charge of MFI crystals and γ-Al2O3 surface. In the second part of this chapter the secondary growth was employed without the use of the expensive structure directing agent (SDA). Instead EtOH was used and Na+ was added as a mineralizing agent. This provided the formation of well-intergrown zeolite membrane layers by promoting the lateral crystal growth while suppressing the formation of intercrystalline defects.

Chapter 7 addresses the fabrication of defect-free, thin, high-silica (SSZ-13) CHA zeolite membranes. Adequate control of the synthesis parameters during secondary growth is required to reduce the zeolite layer thickness and to avoid defect formation. An adapted temperature program was introduced for removing the SDA after hydrothermal treatment. This program contains intermediate dwells and a lower final temperature, preventing the formation of defects, which often can occur through thermal  treatments. The SSZ-13 membranes exhibit high N2/SF6 permselectivity values of more than 300. Also, CO2/CH4 permselectivity values of 25–30 were achieved which was further increased to 176 after using an O2 plasma pre-treatment, prior to SDA removal by calcination. A mechanism of pore narrowing was proposed, where the O2 plasma leads to a reaction between the structure directing agent and the pore walls of the zeolite layer. This mechanism was confirmed by XPS studies.

Chapter 8 continues on the synthesis of SSZ-13 membranes. This time the aim was to reduce the thickness of the zeolite layer by synthesizing small sized (sub-µm) SSZ-13 crystals. The synthesis parameters were optimised and crystal sizes of 280–430 nm were achieved, instead of 1.6 μm sized crystals as used for the fabrication of SSZ-13 membranes, described in Chapter 7. These small crystals were grown into a 1.1 µm thick zeolite layer as being the thinnest SSZ-13 membrane layer achieved in this PhD work. The membranes exhibited a CO2/CH4 permselectivity of 40. The mixed gas separation performance of this 1.1 μm thick membrane was studied and the results were compared with the thicker (2.2 and 3.6 µm) SSZ-13 membranes, which fabrication details are described in Chapter 7. The thicker zeolite membranes outperformed the thin zeolite membranes by having CO2/CH4 separation factors of 43 whereas the thinner membrane exhibited a value of only 3.6. The CO2/Xe mixed-gas separation performance of the SSZ-13 membrane with a thickness of 3.6 μm was also studied. It was found that this membrane had an outstanding performance with separation factors of 1500. This is the highest ever reported CO2/Xe separation factor for zeolite membranes. This final result shows the suitability of the these SSZ-13 membranes in closed circuit anaesthetic xenon recovery.

Chapter 9 reflects on the results and main findings presented in this thesis. This chapter also discusses possible new research directions such as Mg/Zr co-doping to synthesis H2/CO2 selective and hydrothermally stable metal doped silica membranes, use of thermally stable organic linkers, such as phosphonates and alkenes, for grafting of zeolites via organic linkers and developing an empirical model for faster and less chemical waste containing zeolite membrane synthesis. Finally, it provides a general conclusion of the work described in this thesis.

Pelin Karakiliç is a PhD student in the research group Inorganic Membranes. Her supervisors are prof.dr.ir. A. Nijmeijer and prof.dr. A.J.A. Winnubst from the Faculty of Science and Technology.