Multielectrode arrays (MEAs) (Figure 1) are able to record action potentials (APs), the output of neurons. Several publications suggest that local field potentials (LFPs) can be captured by these devices and reflect synaptic currents, which could represent the input to the neurons, but this is not undebated. As so, verifying that currently believed to be LFPs are not an artifact of the measurement system is important and the first step of the proposed project. Shall the results be that LFPs are indeed valid, then it becomes a measure of interest in clinical neurophysiology to define the relationship between neurons' input and output (as measured by APs). The relation between LFPs and APs can provide a way of measuring neuronal excitability, a variable that is very important in the progression from transient synaptic failure to irreversible cell death in networks exposed to hypoxia.

In this project, we will make a computational model of neuronal cultures on MEAs, including all known sources of LFPs (action potentials, excitatory and inhibitory synaptic currents, restoration of membrane potential), as well as recording electrodes and applied filtering. The model will be validated with experimental data obtained from live neuronal networks on MEAs. 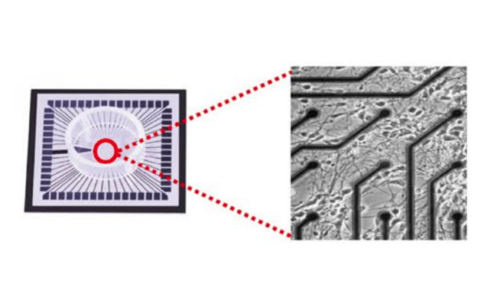