The semiconducting two-dimensional transition metal dichalcogenides MX2 show an abundance of one-dimensional metallic edges and grain boundaries. Standard techniques for calculating edge states typically model nanoribbons, and require the use of supercells. In this paper, we formulate a Green’s function technique for calculating edge states of (semi-)infinite two-dimensional systems with a single well-defined edge or grain boundary. We express Green’s functions in terms of Bloch matrices, constructed from the solutions of a quadratic eigenvalue equation. The technique can be applied to any localized basis representation of the Hamiltonian. Here, we use it to calculate edge states of MX2 monolayers by means of tight-binding models. Aside from the basic zigzag and armchair edges, we study edges with a more general orientation, structurally modifed edges, and grain boundaries. A simple three-band model captures an important part of the edge electronic structures. An 11-band model comprising all valence orbitals of the M and X atoms is required to obtain all edge states with energies in the MX2 band gap. Here, states of odd symmetry with respect to a mirror plane through the layer of M atoms have a dangling-bond character, and tend to pin the Fermi level. 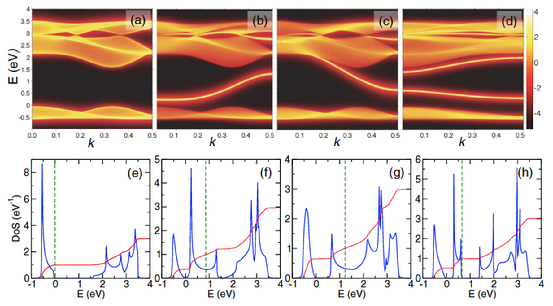