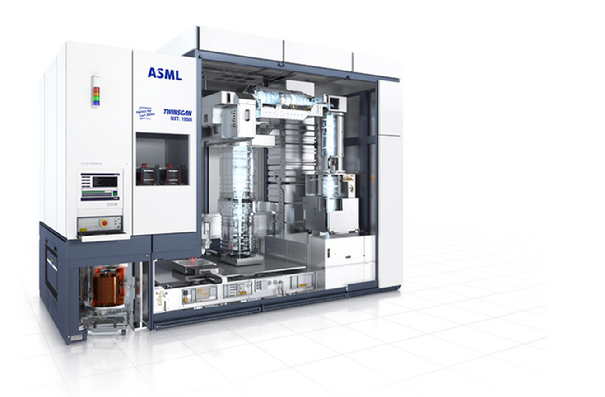 ASML Holding N.V. is a Dutch Company and currently the largest supplier in the world of lithography machinery for the semiconductor industry. ASML produces machines for companies like Intel and Samsung Electronics, who make computer chips on these lithography systems. The company employs roughly 13.000 people worldwide, most of whom are situated at the headquarter in Veldhoven, the Netherlands.

INTRODUCTION TO THE SUBJECT

The machines that ASML produces will break down from time to time. Downtime can cost up to tens of thousands of Euros per hour. The rise of performance-based maintenance contracts make Original Equipment Manufacturers like ASML responsible for availability of the delivered machinery. Sometimes, when a machine breaks down, and a spare part is send to repair the machines, the spare part arrives broken at the customer. These are called Dead-on-Arrival (DOA) spare parts and lead to customer dissatisfaction and very high costs (up to as much as 4% of total revenue). Company efforts have so far not resulted in a reduced DOA rate and therefore more research is needed. In addition, little academic research has been conducted on the subject of DOA spare parts.

In a high tech company like ASML, being able to predict future outcomes is very important but also increasingly difficult. The assignment is to develop predictability models to identify improvement opportunities that will result in significant DOA rate reductions.

A single case study will be performed while building a utility –driven artifact (see regulative cycle of van Strien, 1997)