Man's greatest challenge is man himself. It may even be his last challenge as the technological revolution he has unleashed threatens to outstrip his own evolution. In the face of the exponential growth of artificial intelligence, humans have three options: merge with the machines on an equal footing, become a subordinate extension of their own tools, or define a new relationship to robots, big data, genetic engineering and other technology.

The Head marks the possibilities and dilemmas on the eve of the fourth industrial revolution, as the boundaries between the physical, digital and biological worlds blur. The sculpture is a monument to the waning of human dominance. A totem that marks the crossroads where we are now. And a lookout for the future.

The head is the most essential part of the human body. This is where the mind, the ratio, is located. But according to many, this is also where the irrational soul resides. The Head is square and mechanical, as if standardized and stripped of its individuality, reduced to coarse pixels. The inside, however, is reminiscent of the caves where the first primitive humans lived: despite the polished exterior, our brain is still primitive. A spiral staircase, reminiscent of the helix of human DNA, takes us to the top of the brain pan. To provide a view of the world around us from a height of ten metres.

Interview Joep van Lieshout by Studium Generale during the Week of Inspiration has been cancelled.
The creation process of the artwork is slowed down due to the delayed delivery of materials. A new interview will be planned around the festive unveiling of the artwork next year.

The artist behind the work 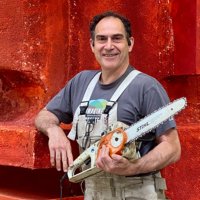 “Every device, from washing machines to smartphones, contains copper. It is indispensable for the operation of machines. Even the human body contains 100 mg of copper. Is there a human being in every machine?”
Joep van Lieshout
Read more

Any questions about the artwork? Please contact the Campus Art Advisory Committee via campus-art@utwente.nl.

This artwork is co-financed by the Mondriaan Fund 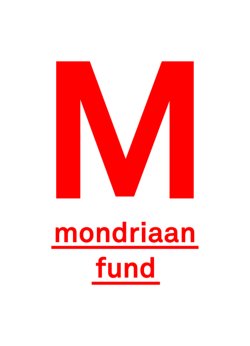 The Mondriaan Fund is the public fund for the visual arts and cultural heritage in the Netherlands.

The committee is positive about the cooperation between the University of Twente and atelier Van Lieshout. The artwork, which is being developed to mark the university's 60th anniversary, will be given a prominent place at the entrance to the campus and will act as a gatekeeper. The sculpture can be experienced both from the outside and the inside. The artwork The Head will give people a view of the terrain and the surrounding area.