Whether in Barcelona, New York, Paris or Enschede, the ongoing pandemic has meant that while many people around the world experienced home lockdown, they also face common concerns regarding health, safety, economic uncertainty and isolation. It is precisely in these periods of crisis when being part of a community can be most helpful but imagine being an expat living outside of your countries? The University of Twente together with TU Delft and Wageningen University responded to this need by organising their first-ever virtual world tour for alumni communities in Canada, Denmark, Finland, France, Germany, Norway, Spain, Sweden, Switzerland and the USA.

In a period of two-months, the alumni offices organised a series of online events together with an interactive programme that included university updates, a presentation by a local alumnus about their work and a virtual mixer to help local participants network with each other. In total, around 500 alumni registered for the seven events.

“This is the most relevant of times for expats to access their alumni network”, said UT Alumni Coordinator Joe Laufer who led the initiative on behalf of the University of Twente and also hosted the online events. For nearly 60% of participants, this was their first alumni gathering who according to Laufer found linking up with fellow Dutch technical university graduates from their cities and country of particular value for tapping into advice, support and connections.

Joe added anecdotally, “One participant in our event in Spain had just moved to the country before the crisis but then lost the job he had relocated for, before even starting it. He was able to make some new contacts during the virtual drinks, and hopefully, these and other leads from our local alumni community will help”. The events were also used to make alumni aware of resources like Linkedin’s Alumni Tool as well as regional LinkedIn groups and city WhatsApp channels created primarily to facilitate contacts within the network further.

The recent virtual events have been an effective means for alumni engagement. They are viewed as a success with both the UT and other involved alumni offices indicating their plans to continue offering these as complementary components even after traditional in-person activities resume. Additional online activities for alumni from different time zones and countries are currently being planned for after the Summer on thematic topics in collaboration with external stakeholders like the 4TU. 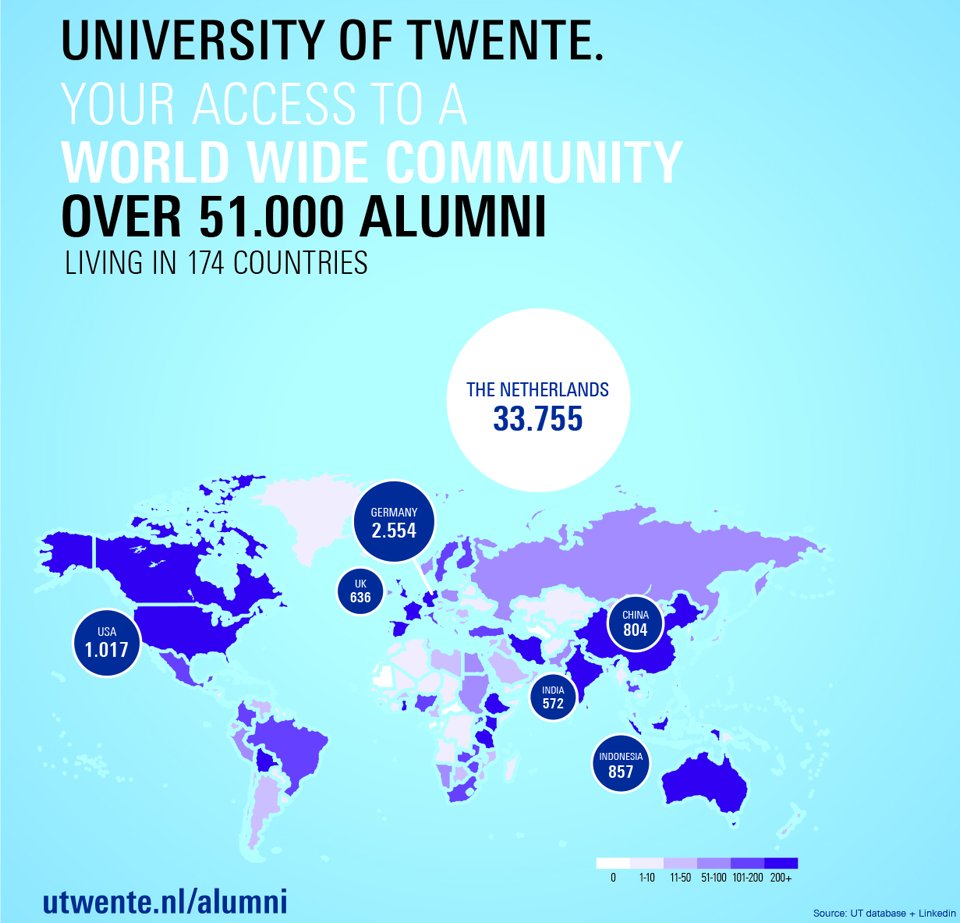