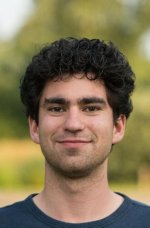 In this thesis the quality and reliability of piezo-acoustic inkjet printing are central. ‘Bubble entrainment and satellite droplet formation during the jetting process, can decrease the printing quality and reliability,’ says Arjan Fraters. ‘We experimentally visualized and characterized these processes and phenomena, to investigate the underlying physical mechanisms.’

First, it was shown that bubbles can be entrained by pinch-off of an air cavity from the acoustically driven meniscus. Both pulse timing and driving pressure are control parameters of this pinch-off process. It proved that the threshold for bubble pinch-off can be increased, by suppressing the piezo longitudinal resonance mode by waveform design.

‘Due to the unconventional character of this assembly it was inevitable to make this outside the cleanroom,’ Arjan says. ‘This resulted in dirt particle polluted ink channels with a higher bubble entrainment probability than regular printheads. We showed that the minute dirt particles play a crucial role in bubble forming. Using commercially available high-speed cameras - capable of capturing up to 10 million shots per second - we could actually see and identify the crucial phenomenon: bubble nucleation onto dirt particles at the nozzle. Further, we were able to link to this the ink velocity field, using particle tracking velocimetry.’

The satellite droplet formation from the secondary tail was studied using single-flash stroboscopic imaging at a temporal resolution of 100 ns. Arjan: ‘ By postponing and damping out the retracting meniscus motion the (unfavourable) secondary tail length could be decreased, and thereby the total volume of the unwanted secondary droplet satellites. Also a reduction of the ink viscosity contributed to this decrease.’

Arjan: ‘The PhD work was mainly phenomenological in character, meaning we experimentally visualized and characterized the crucial processes that are relevant for Océ to go and work on the next generation of printing technology platforms. This is a joint effort involving PhD’s and post-docs from various universities. Personally, it was of added value for me to discuss the research progress every week at Océ in Venlo, and to discuss the scientific results with Professor Michel Versluis in Twente. Pushing the physical boundaries in the experimental setups was very exciting.’

‘I owe great thanks to my Physics of Fluids (PoF) colleague Tim Segers who helped me on translating the phenomenological results, in order to write some good articles to be published in renowned scientific journals. The expertise present at the PoF Group is huge as is the willingness to invest time and creativity by all of my colleagues.’

‘Also, at Mesa+, the best equipment is purchasable as long as good substantiation can be given. The preconditions are optimal and I felt well in place. Already as a student at the TU Delft I preferred to work hands-on, for example building a special type of rocket engine. I worked on that in a multidisciplinary team of the student society Delft Aerospace Rocket Engineering. Professor Detlef Lohse chose well to recommend this specific research topic to me.’

After his PhD Defense Arjan is looking for a research position within industry, not far from his future residence in the middle of the Netherlands. ‘Using my experimental skills and challenging the limits of physics, will be the main drivers for me to find a future job, as is the limited driving time to the work location.’