The PhD defence of Jan-Sören Fischer will take place (partly) online and can be followed by a live stream. 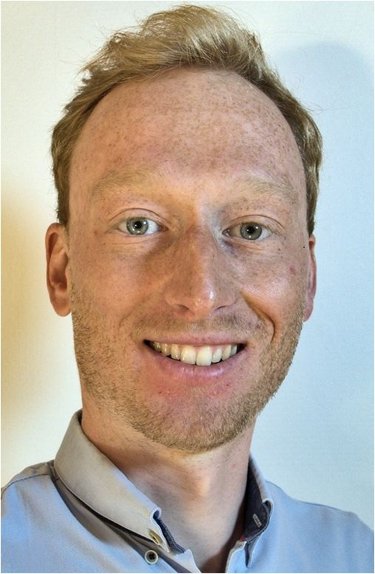 With the aim to achieve long-term sustainability of the growing aviation sector, a significant amount of research and development is invested in improving the efficiency of future airframe architectures. This requires advancements in all engineering disciplines, from lightweight materials to beyond state-of-the-art aerodynamic technologies. In light of these developments, a key technology concerned with the reduction of airframe drag has been identified: The extension of the laminar flow regime around aircraft surfaces offers large potential for friction drag reduction.

The objective of this work therefore is to advance the current analysis and design capabilities to include the effect of laminar-turbulent transition. The goal is to build a framework for laminar wing design based on the extension of Natural Laminar Flow (NLF) and developed from existing first principle methods.

Second, a RANS solver is coupled to a Linear Stability Theory (LST) solver to include a prediction capability for laminar-turbulent transition in the flow simulations. The instabilities taken into account using this approach are of the Tollmien-Schlichting (TS) and the cross-flow (CF) type. A critical amplification factor curve for CF and TS instabilities is used to determine the onset of transition. The boundary layer data used in the LST analyses is directly obtained from the RANS solution. Transition is imposed onto the flow using an intermittency function controlling the applied eddy viscosity predicted by the turbulence model.

Third, the implemented coupling is validated by reproducing the results of a variety of significant experimental test cases. These are TU Braunschweig's Sickle Wing, NASA's NLF version of the Common Research Model (CRM-NLF), and the NLF(1)-0416 airfoil. This covers a wide range of test conditions in the sub- and transonic flow regime, featuring separation-induced as well as TS and CF dominated transition for varying levels of geometric complexity. The comparison of numerical and experimental results shows that the methodology is capable to accurately predict transition for a wide range of flow regimes under industrial interest. Furthermore, the results reveal interesting information on the transition mechanisms on three-dimensional wings.

Finally, the continuous adjoint formulation for the employed RANS solver was extended by a flow-matching functional. The aim is to drive the geometry to a shape that satisfies a specified target flow field that will reduce the amplification rates of the instabilities. By means of the sensitivities of the transition location predicted by the LST solver with respect to the flow field variables, a target flow is defined. It is shown that using this approach, the amplification rates for an airfoil can be reduced. It is ultimately proposed to use this approach to optimize profiles and wings with extended laminar flow.

The PhD defence of Jan-Sören Fischer will take place (partly) online and can be followed by a live stream.