Towards an accurate process design tool for laser-assisted tape winding

Due to the COVID-19 crisis measures the PhD defence of Seyed Hosseini will take place online.

Seyed Hosseini is a PhD student in the research group Production Technology (PT). His supervisor is prof.dr.ir. R. Akkerman from the Faculty of Engineering Technology. 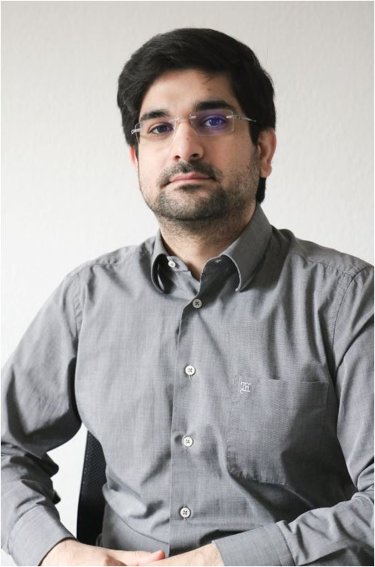 Laser-assisted tape winding (LATW) is an automated process to manufacture tubular fiber reinforced thermoplastic composites having a high strength-to-weight ratio. A considerable time saving without an additional consolidation step can be achieved by the in-situ consolidation in the LATW process. The application of a laser as heat source offers advantages in terms of higher accuracy, repeatability, quality and reduced cycle time compared to conventional methods using hot air, gas or flame. The pre-impregnated (prepreg) thermoplastic tapes are bonded to a liner or an already placed substrate by means of laser heating and a compaction roller during the LATW processes. Some of the products which can be manufactured by the LATW process are the rings used for flywheels, pipes used for the deep sea risers and pressure vessels for gas storage.

LATW is a complex process in which multiple physical phenomena take place simultaneously, including kinematics, optics, heat transfer, tape deformation, intimate contact development at the interface of the deposited tapes, and crystallization kinetics of the matrix material. The local temperature and consolidation pressure history dominate the mechanical performance (a.o. interface strength) of the parts produced by the LATW process. The winding pattern and the laser heat flux distribution in time determine the temperature evolution. The laser heat flux is governed by the position and orientation of the laser head as well as the local substrate curvature and deformed state of the roller. In order to eliminate the trial-and-error approaches to predict the temperature field, a thermal model coupled to an optical model and a kinematic model is required. The process window and optimum process settings can then be determined with the help of the simulation models. The focus of this thesis is on the investigation of the process temperature during the LATW production of thermoplastic composite parts. The research was performed in the framework of the EU funded \textit{ambliFibre} project with the ambition of developing an accurate off-line process simulation tool for LATW processes. The main goal of this thesis is therefore to take the first steps to develop a generic and quantitatively accurate process design tool leading to predictable part properties and performance which is suited for product and process optimization.

In this thesis, firstly, a coupled kinematic-optical-thermal (KOT) model is presented to predict the temperature evolution during multi-layer hoop winding of composite rings. The continuing heat accumulation during consecutive winding resulted in a gradually increasing process temperature which was also observed by the thermal camera measurements. It was also shown that the roller deformation altered the temperature field by changing the heating length and heat flux distribution.

Afterwards, a generic KOT model was developed to capture the heat flux and temperature histories in LATW processes for an arbitrary tooling geometry and winding pattern. Helical winding of the dome part of a pressure vessel was studied as an application case by incorporating a varying local tooling curvature and a winding speed. The surface curvature-dependent heat flux distributions were predicted and it was found that an increase in surface curvature resulted in a larger substrate temperature. More specifically, the process temperature changed up to 17-20% due to the local surface curvature and process speed which was also validated with the thermal camera measurements.

The developed KOT models are suitable for any tooling geometry, winding angle and process parameters. The roadmap towards achieving an accurate process design tool for the LATW processes is evaluated at the end of this thesis. The thesis finalizes with the conclusions and future recommendations based on the performed research and obtained scientific results.

Due to the COVID-19 crisis measures the PhD defence of Seyed Hosseini will take place online.