Michael Timmer is a PhD student in the research group Thermal Engineering (TE). His supervisor is prof.dr.ir. T.H. van der Meer from the Faculty of Engineering Technology (ET). 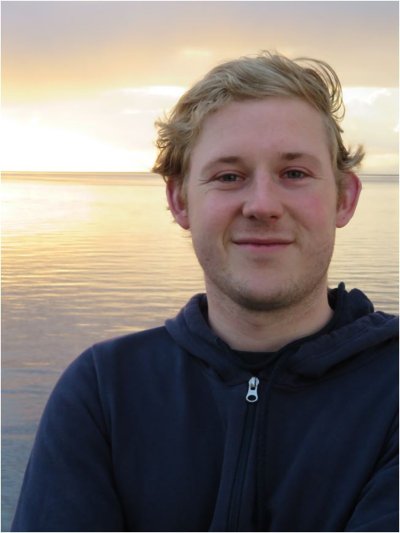 A thermoacoustic device produces acoustic power from (low-grade) heat, which can subsequently be converted into electricity by a bidirectional turbine. Due to a lack of a fundamental basis in literature, this work focuses characterizing and optimizing bidirectional impulse turbines under varying thermoacoustic conditions.

Using a loudspeaker and a 3D printed turbine coupled to a generator, the performance of a first prototype is characterized under varying acoustic amplitude and frequency for three loads. For a given acoustic power difference, the turbine efficiency is shown to vary as a function of the generator load, but the maximum efficiency is around 25% for all cases. Furthermore, by dimensional analysis a combination of the flow coefficient and acoustic power difference is found which does uniquely determine the turbine efficiency.

To optimize the turbine design, many different turbine prototypes are 3D printed and their performance is measured under varying operating conditions. It is found that including a shroud ring around the rotor has a positive influence on the turbine efficiency, especially for a large tip clearance. For decreasing tip clearance, both the turbines with shrouded and unshrouded rotors become significantly more efficient. A clear trend in maximum turbine efficiency is found by examining the acoustic displacement amplitude (for varying operating conditions) in relation to the axial spacing between the rotor and guide vanes. When combining all efforts to optimize the turbine, an efficiency of approximately 40% can be reached.

Finally, the optimized bidirectional turbine is mounted in an actual thermoacoustic refrigerator. The turbine performance is found to be in good agreement with the lab experiments. The maximum turbine efficiency is shown to be independent of the mean pressure and gas type. For the large range of operating conditions, it is found that the previously identified scaling still holds. Finally, a case study is presented in which the electricity produced by the turbine is used to power the fluid pumps of the thermoacoustic refrigerator, while the remaining acoustic power is used for refrigeration. Several other options and areas of application are discussed in the final part of this work.

Michael Timmer is a PhD student in the research group Thermal Engineering (TE). His supervisor is prof.dr.ir. T.H. van der Meer from the Faculty of Engineering Technology (ET).