Jungmin Jin is a PhD student in the research group Elastomer Technology and Engineering (ETE). His supervisors are dr. W.K. Dierkes and prof.dr. A. Blume from the Faculty of Engineering Technology (ET). 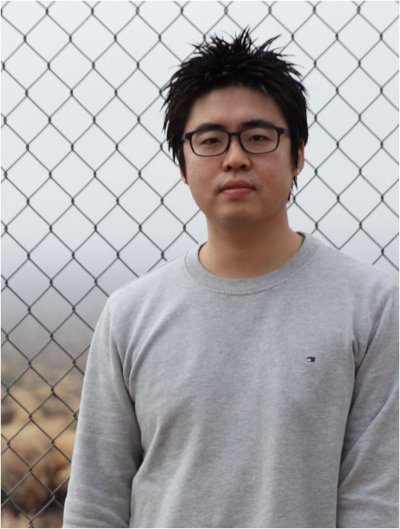 The main objectives of this study were:

In order to achieve the goals, the fundamental knowledge and actual practices to obtain a higher degree of silica dispersion and rubber reinforcement were reviewed concerning materials, mixing process parameters and mixing equipment in the beginning of this work: Chapter 2. Additionally, earlier studies relevant for the main topic of the present study – the cause of marching modulus of silica/silane compounds – were investigated as a starting point of the present study. Aspects looked at are:

-      formation of additional crosslinks by released free sulfur from the silane.

With the knowledge from Chapter 2, the origin of the marching modulus phenomenon of silica compounds and its effect on rubber reinforcement were investigated in Chapter 3. Several series of silica filled tire tread compounds were mixed in order to clarify the origin of marching modulus in Chapter 3.1. Various silane coupling agents with different sulfur ranks and functionalities were used in the different mixing series varying the silanization temperature in order to obtain:

-      different amounts of sulfur donated by the silanes;

The outcome of this study answers the first research question and confirmed that three factors: intensity of filler-filler interaction, silica Filler Flocculation Rate (FFR) and filler-polymer Coupling Rate (CR), turned out to be the major influencing factors on the marching modulus phenomenon of silica compounds, in order of decreasing importance. All three factors are related to each other (Figure 3.22) and are the consequence of the degree of silanization of the silica during mixing. A higher degree of silanization not only lowers the filler-filler interaction but also leads to formation of more chemically bound rubber, thus resulting in a lower FFR level. The formation of chemically bound rubber provides an additional reduction of the filler-filler interaction as well as the flocculation of silica particles. Additionally, a higher amount of chemically bound rubber indicates that there is a lower concentration of free sulfur – additionally introduced or released from the silane – as well as  of remaining silane, resulting in  a lower CR value. Finally, a higher degree of silanization will lead to a lower MMI. However, the total crosslink density was not a major influencing factor for the marching modulus phenomenon.

In Chapter 3.2, the effect of marching modulus on the consistency as well as on the level the of the mechanical properties and reinforcement of the silica filled rubber were investigated. The mechanical properties of the compounds in Chapter 3.1 were evaluated and compared to each other for three different curing times: calculated cure time, 20 minutes and 30 minutes. The expectation was a large alteration of tensile properties for the compounds having a higher Marching Modulus Intensity (MMI). However, it turned out that the MMI does not give any information about mechanical property variation along with the vulcanization time, as the crosslink density of the compounds were very similar regardless of the cure time. The level of tensile properties of silica filled rubbers are in first instance roughly determined by the total crosslink density, which includes not only polymer-polymer sulfur crosslinks, but also filler-polymer coupling established by the silane. The degree of micro-dispersion turned out to be another key factor for rubber reinforcement, as the level of the moduli at 100% of strain (M100) and the reinforcement index (M200/M100) were affected by the filler-filler interaction measured as Payne effect.

Chapter 4 gives answers to a part of the second (evaluation of the influence of mixing parameters and  protocols) and third objective (guidelines for a tailored mixing process). Based on the outcome of Chapter 3, the mixing parameters and protocols which can influence the degree of silanization were investigated in Chapter 4, in order to provide guidelines for minimizing the marching modulus of silica compound.

The results of Chapter 4.2 showed that the presence of ZnO – more precise, zinc stearate – influences the marching modulus behavior of silica filled rubber, but its concentration in the early mixing step had no effect at all. When ZnO reacts with stearic acid to form zinc stearate which can be adsorbed onto the silica surface, the two long hydrocarbon groups (C18) are capable of blocking the access of the silane to the silica surface. Zinc stearate might provide a positive effect on reducing filler-filler interaction; however, as soon as ZnO is added in the early stage the amount of bound rubber is reduced and resulting in a higher MMI.

However, the results of the mixing trials discussed in Chapter 4.2 and 4.3 did not fully confirm the well-known role of ZnO (or zinc stearate) and DPG in silica compounding, therefore a model compound study was performed in Chapter 4.4. The direct reaction possibility between bis-(triethoxysilylpropyl) tetrasulfide (TESPT) and the mentioned ingredients was analyzed using High Pressure Liquid Chromatography (HPLC), Liquid Chromatography-Mass Spectrometry (LC-MS) and 13C-Nuclear Magnetic Resonance (13C-NMR). The outcome of this part confirmed another functionality of DPG in silica/TESPT filled rubber, which was proposed by Mihara: DPG can react with TESPT, and both are thus partly consumed during the mixing process. However, ZnO or zinc stearate did not affect the release of sulfur from the TESPT molecule.

The other parts of objective 2 (evaluation of the influence of the compound formulation) and objective 3 (guidelines for compound design) are addressed in Chapter 5. The effect of the polymer and silica characteristics on marching modulus of a silica filled tire tread compound were investigated in this Chapter. Compounds were mixed with different polymer blending ratios (Chapter 5.1) and using two types of silica having different dispersibility (Chapter 5.2) and their properties were further analyzed.

Based on the results of Chapter 5.1, the SBR/BR blending ratio turned out to be a strong influencing factor for the marching modulus as well as for the other curing characteristics. Silica tends to be localized preferably in the SBR phase or at the interphase of SBR and BR domains due to the physical affinities of these rubbers towards silica. When the volume of the SBR decreases, the population of silica in SBR increases leading to faster silica flocculation (higher FFR) due to the short distance between the silica clusters. However, when the incorporation capacity of SBR reaches its maximum due to a lower SBR volume, the remaining silica is distributed in a higher volume of BR therefore the flocculation again slows down (lower FFR). Consequently, the MMI varies due to the silica flocculation rate varying with the SBR/BR blending ratio. Besides MMI, other curing characteristics such as maximum vulcanization rate are influenced by the total amount of 1,2- and 1,4-structured double bonds in the polymer. The 1,4-double bonds in SBR and BR are more reactive in sulfur curing than the 1,2-double bonds. Due to this difference in reactivity of these types of double bonds, faster vulcanization is observed for the compounds having a higher amount of 1,4-double bonds.

The dispersibility of silica turned out as an influencing factor for the degree of macro-dispersion, but showed no effect on the marching modulus behavior of silica filled rubber: Chapter 5.2. Compared to the Highly-Dispersible (HD) silica, ConVentional (CV) silica showed poor macro-dispersion. However, due to the fact that the amount of chemically bound rubber, CR and FFR are strongly affected by the degree of silanization, HD and CV silica showed similar values in these properties when the compounds are mixed at the same silanization temperature and time. It is interesting to note that there was no relation between the degree of micro- and macro-dispersion of silica, and this phenomenon is further evaluated in Chapter 7.

The influence of mixing time and equipment (the remaining part of the second objective) on MMI and silica dispersion is evaluated  in Chapter 6. Besides, a guideline for silica compound mixing equipment, which is related to the third objective, was prepared. In this chapter, compound mixing is performed using plant scale mixers in order to check, if the basic mechanisms observed in the previous chapters on laboratory scale are valid regardless of the mixer scale. The silanization time, temperature as well as the rotor types were selected as the main variables to obtain different degrees of silanization and micro-dispersion of silica. The result of this work confirmed, that the basic mechanisms for the marching modulus phenomenon of silica compounds still apply regardless of the mixer scale. The mixing parameters which lead to a proper degree of silanization – silanization time and temperature – reduce the FFR and CR of the compound and thus reduce the MMI.

Overall, this thesis confirmed the importance of the mixing process for tire manufacturing. The last stage in tire manufacturing – vulcanization – is still influenced by the first process – mixing –  even though there are several steps in-between.

In a nutshell, the degree of silanization turned out a key factor for:

-      a higher degree of silica dispersion in terms of micro- and macro- scale;

-      a higher reinforcement effect of for a silica filled rubber compound.

Jungmin Jin is a PhD student in the research group Elastomer Technology and Engineering (ETE). His supervisors are dr. W.K. Dierkes and prof.dr. A. Blume from the Faculty of Engineering Technology (ET).