An integrative approach to reducing land, water, and carbon footprint of global energy consumption in the transport sector

Bunyod Holmatov is a PhD student in the research group Multidisciplinary Water Management (MWM). His supervisor is dr. M.S. Krol from the Faculty of Engineering Technology. 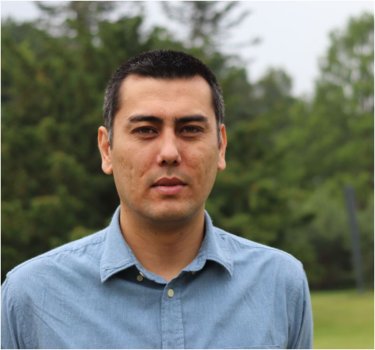 Fossil fuels are currently the dominant energy source in all sectors of the global economy and their use leads to the emission of greenhouse gases (GHG) that are causing climate change. Among the different sectors, the transport sector is a unique case in the sense that it emits a quarter of GHGs but transitioning to low-carbon technologies is very challenging for at least two reasons: (1) to be viable, the energy density of transport fuels needs to be high and this limits the choice of alternative fuels that can be used in the transport sector; and (2) the highly developed infrastructure for fossil fuels production, distribution and usage in the existing fleet of transport modes makes infiltration of renewable energy difficult.

The overarching objective of this research is to contribute to the discourse concerning the  energy transition to low-carbon fuels in the transport sector in order to meet climate targets, while considering the land and water implications of alternative fuels. This is achieved in two stages: (1) use the footprint concept to calculate the land, water and carbon footprints of conventional vs advanced biofuels to estimate the scale of emission reduction per unit of energy and the scale of land and water resources required as a tradeoff; and (2) estimate the global biofuel production potential under different sustainability criteria. In this dissertation, the two stages are broken into four subsequent studies, found in Chapters 2-5. For stage one, I estimate the land, water and carbon footprints of various alternative fuels and electricity, covered in Chapters 2-5. For stage two, I estimate the lignocellulosic bioethanol production potential under different sustainability criteria in the European Union (Chapter 4) and at the global scale (Chapter 5). In addition, I work in  reverse order to calculate the extent of the GHG emission reductions and the land, water implications of meeting a given energy target using crop-based bioenergy (Chapter 2).

The aim of this study is to estimate the scale of water and land resources necessary to meet global energy demand with bioenergy produced in a circular system (self-sustaining system where the output is used as input) while estimating associated greenhouse gas (GHG) emissions. The land, water and carbon footprint of net bioelectricity, bioethanol and biodiesel are calculated assuming different crop feedstocks and two scenarios: a 100% shift to bioenergy and a 9.8% shift to bioenergy (adapted from the International Energy Agency’s sustainable development scenario). The distinction between the net and gross energy yield is determined by subtracting energy inputs in the production from gross energy outputs. The results show that the footprints vary based on the type of energy output (i.e., heat vs electricity vs fuel), and crop feedstock. In comparative terms, producing combined heat and power results in the smallest footprints per unit of energy output. In terms of biofuels, bioethanol has a smaller land, water and carbon footprint when compared to biodiesel. Although shifting to bioenergy can lead to GHG emission savings, it comes with high costs in land and water. While the 100% shift to bioenergy is not possible from water and land perspectives, even obtaining an additional 9.8% of the final energy demand from a mix of bioelectricity, heat and biofuels would require 11-14% of the global arable land and a water flow equivalent to 18-25% of the global water footprint of humanity.

The Environmental Footprint of Transport by Car Using Renewable Energy.

Various innovations are emerging to limit GHG emissions from the transport sector, but these are not equally efficient when their impact on land and water resources are considered. The aim of this study is to calculate and compare the land, water and carbon footprints of midsize cars utilizing various fuels and electricity, per unit of distance. Specifically, the land, water and carbon footprint per unit of travelled distance is compared across vehicles utilizing: (a) gasoline; (b) B20 - a blend of 20% biodiesel from rapeseed and 80% conventional diesel; (c) E85 - a blend of 85% bioethanol from sugar beet and 15% conventional gasoline; (d) bioelectricity; (e) electricity from solar PV; and (f) hydrogen from solar PV. The results show that solar-powered battery electric vehicles have the smallest environmental footprint per km while a vehicle utilizing a biodiesel blend with conventional diesel has the largest environmental footprint per km, including larger GHG emission compared to the emissions of gasoline based vehicles. The appropriate choice of future transport is thus diffusion of electric and hydrogen vehicles.

EU’s bioethanol potential from wheat straw and maize stover and the environmental footprint of residue-based bioethanol.

Similarly to many other regions and countries, the European Union (EU) has targets for decarbonizing its transport sector. By 2030, the EU seeks to obtain a minimum of 3.5% of transport sector’s energy consumption from biofuels produced using renewable biological sources such as crop residue. The aim of this study is to (a) calculate the residue-based bioethanol production potential in the EU; and (b) calculate and compare the land, water and carbon footprints of residue-based bioethanol from wheat straw and maize stover across 27 EU member states. To avoid adverse effects from removal of crop residues, this study assumes maximum harvestable shares of 50% for maize stover and 40% for wheat straw. Findings reveal that the bioethanol production potential in the EU is 470 PJ as gross yield (404 PJ as net), which falls short of the EU’s 3.5% target by 2030 but can replace about 3.4% of EU’s current energy consumption in the transport sector. Also the average carbon footprints per unit of residue-based bioethanol are small (19.4 vs 19.6 g CO2eq MJ-1 for wheat straw vs maize stover), but the land and water footprints are comparable to the footprints of conventional bioethanol. Thus, decisions in promoting residue-based bioethanol should assess bioethanol’s impact on land and water resources carefully to avoid unexpected issues down the line.

Bioethanol production technology from non-crop lignocellulosic material is one of the few “advanced” (meaning non-crop based) biofuel technologies that has reached the commercial scale and is advocated as a viable solution to decarbonize the transport sector. The aims of this study are to (a) estimate the global bioethanol production potential using all crop residues in all countries with and without restrictions on their harvest (theoretical vs sustainable potential); and (b) assess the environmental footprint of advanced bioethanol across crops, countries, and potentials. Due to data limitations, the final number of crop residues covered in this study is limited to 123 (out of 160 primary crops reported by the FAOSTAT), which covers 98.8% of the total primary crop area reported by FAOSTAT across 192 countries and 20 territories. The results show that advanced bioethanol from crop residues can replace only a small share of energy from oil products consumed in the transport sector: 31% of oil products assuming no restrictions on the residue harvest (theoretical potential), 13% assuming that the maximum harvestable residue amount is limited to 50% (optimistic sustainable potential) and 7% assuming that the maximum harvestable residue amount is limited to 25% (realistic sustainable potential). While footprints vary greatly depending on feedstock, country, and potential harvestable ratio, in general, the environmental footprint of advanced bioethanol is larger than the environmental footprint of conventional bioethanol or solar PV electricity or solar PV derived hydrogen, suggesting that switching to the fleet of electric or hydrogen vehicles would be a more logical choice.

The transport sector is one of the largest GHG emitters and holds a large potential for reducing global GHG emissions by switching to alternative fuels and electricity. This research has shown that the land, water and carbon footprints of alternative fuels and electricity vary greatly according to the output energy type, utilized feedstock, country, and assumptions of availability of feedstock. While an alternative fuel may have a small carbon footprint and help reduce the GHG emissions, its water and land tradeoffs can make it unsuitable to reach large scale production or inferior compared to the range of existing alternatives. Particularly, the environmental footprint of conventional and advanced biofuels suggest that the production and use of biofuels can lead to GHG emission savings but at large cost to land and water resources, while realistically replacing only a small share of energy consumed in the transport sector. The more logical choice is thus diffusion of electric and hydrogen-based vehicle fleets powered with renewable electricity to accelerate decarbonization of the transport sector.

Waaier
Add to your calendaraHGbRdipTzsgMbuxYmdh4912426/11/2020 14:30Europe/AmsterdamPARTLY DIGITAL - ONLY FOR INVITEES (1,5 m) : PhD Defence Bunyod Holmatov | An integrative approach to reducing land, water, and carbon footprint of global energy consumption in the transport sector