tribological interactions and modelling of friction in hot stamping

Jenny Venema is a PhD student in the department of Mechanics of Solids, Surfaces & Systems (MS3). Her supervisor is prof.dr.ir. A.H. van den Boogaard from the Faculty of Engineering Technology (ET). 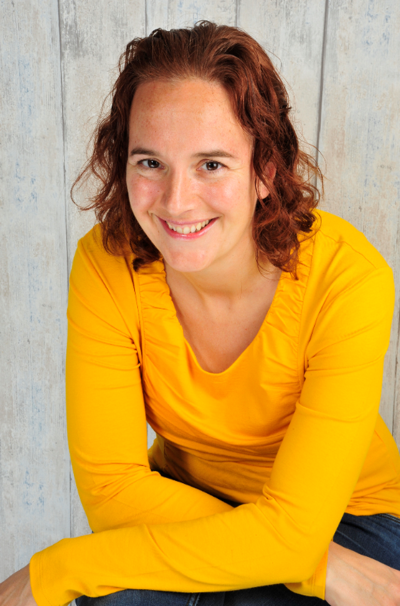 Hot stamping is a forming process used in the automotive industry to form structural parts. A sheet metal blank is austenitized in a furnace, formed at high temperatures (600-800 °C) and quenched in the press such that a martensitic structure is obtained. In this way, high strength (~1500 MPa) can be combined with good formability and good geometrical tolerances. However, due to forming at high temperatures, the friction is relatively high and tool wear is severe. The tool wear causes scratches on the parts, leading to lower heat transfer and high maintenance costs.

For an effective process design and to be able to develop a friction model, a thorough understanding of tribological interactions between the tool surface and the sheet metal is of major importance. Therefore, the friction and wear mechanisms occurring during hot friction draw tests between the uncoated tool steel and the Al-Si coated press hardening steel (PHS) are investigated at several temperatures. Most importantly, the mutual interaction between the friction and tool wear mechanisms is examined. The results show complex friction and wear mechanisms with several phenomena taking place simultaneously and/or in quick succession within the strip-tool contact system. Cumulative wear effects are also found to occur from one draw test to the next as a result of different phenomena. Furthermore, the results show that abraded tool material could embed in the relatively soft sheet coating which subsequently causes ploughing marks on the tool. These interactions manifest a change in the friction mechanism as material transfer takes place from sheets to the tool. The results provide a clear insight into the sheet metal–tool interactions during hot stamping processes. Furthermore, these results can be used for a more realistic modelling of the hot stamping process and its optimization.

Finite Element simulations are utilized in the sheet metal forming industry to perform feasibility analysis and process optimisation. To improve the validity and accuracy, it is necessary to accurately describe friction in the FE analyses of hot stamping processes. So far, in the FE analyses friction has been oversimplified using a constant Coulomb’s friction, for example. However, it has been shown that friction is a local phenomenon that depends on the micro-texture of tool and sheet at the contact and varies with contact pressure, strain in the bulk of the sheet and contact temperature. In this work a multi-scale friction model is extended and adapted for hot stamping. The multi-scale model accounts for the local contact pressure, temperature and strain in the bulk. Furthermore, the effects of tool and sheet metal surface topography are taken into account. The results show that the model can predict the friction in strip-draw experiments fairly well, when incorporating the tool surface evolution due to wear. The effect of the fractured particles is not taken into account.

Two products have been used to validate the friction model – namely top hat and cross-die. The top hat was found to be friction insensitive and therefore the effect of wear on thickness or draw-in could not be seen. However, the thickness and draw-in are predicted reasonably well from simulations. In case of the cross die, the punch force was well predicted, but the strains were underpredicted. The cause of this underprediction cannot be found in the friction coefficient or the thermal description of the model. The wrinkling observed in the parts results in an extra restraining force which cannot be well described by the shell elements in AutoForm. However, an extra restraining force will alter the punch force as well. Furthermore, the other explanation could lie in the PHS material description, which may not be accurate in the (close to) necking region.

In conclusion, for better prediction of the friction in hot stamping processes, it is necessary to describe galling phenomenon accurately. This means that tool topography measurements are needed at several locations after a specific number of strokes. This will result in large experimental effort. To overcome this, a realistic galling model could be developed and combined with the multi-scale friction model.

Jenny Venema is a PhD student in the department of Mechanics of Solids, Surfaces & Systems (MS3). Her supervisor is prof.dr.ir. A.H. van den Boogaard from the Faculty of Engineering Technology (ET).