Toward 100% sustainable energy production and a structural decrease in energy demand: Curaçao, as a case study of small island developing states

Richenel Bulbaai is a PhD student in the department of Construction Management & Engineering (CME). His supervisor is prof.dr.ir. J.I.M. Halman from the faculty of Engineering Technology (ET). 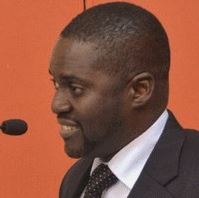 The exploitation of fossil fuels is generally considered to be the largest source of global greenhouse gas emissions. Furthermore, fossil fuels are also considered as a finite source of energy. Since the major part of electricity production in the world still comes from fossil fuels, utility companies have necessarily started to focus more on the application of sustainable energy sources. However, replacing fossil fuels by renewable sources such as wind and solar energy comes with some specific challenges. A major issue with regard to solar and wind energy is that energy production is weather dependent. In addition to a season-dependent output level, daily fluctuations in production can also be observed.

Electricity production in Small Island Development States (SIDS[1]) remains heavily dependent on imported fossil fuels. In 2009, 98% of the electricity supplied in the Caribbean SIDS was produced from fossil fuels. The problems associated with fluctuating production levels in a transition towards solar and wind energy are particularly relevant for SIDS. Most of these islands have an isolated electricity infrastructure which is not connected to the electricity infrastructure of other countries. As such, they lack the option of cross-border agreements to deal with intermittency. Instead, to guarantee a reliable electricity supply, expensive back-up systems are needed.

The island of Curaçao can be considered as unusual among SIDS in that it already uses significant renewable energy sources. Since the 1980s, Curaçao has built up considerable experience with wind and solar energy. In contrast to most countries in the world, approximately 34% of the current electricity production in Curaçao is generated by wind and solar energy.

A specific task for the electricity production company in Curaçao will be to replace more than half of its current non-renewable energy plants in the coming decade as they come to the end of their useful life. This necessary replacement can be seen as an opportunity to investigate the possibilities to further increase the renewable energy contribution on the island of Curaçao. This would lead to greater self-sufficiency and a substantial decrease in imported fossil fuels. In addition, a structural decrease in energy demand could also contribute to substantially reducing the use and need for fossil fuels. The aim of this PhD research has been to create a better understanding of the possibilities for SIDS in general, and Curaçao in particular, to realize a significant sustainable energy production and also a structural decrease in energy demand. Consequently, the main research question set and answered in this PhD thesis is:

How to improve energy efficiency in Curaçao and realize a 100% renewable energy production system for Curaçao?

To answer this main research question, the following sub-questions were formulated:

1.    What is the current state of Curaçao’s electricity infrastructure?

2.    What is the status of energy use and energy behavior in the household, the commercial, and the industrial sectors in Curaçao?

3.    What are the energy saving options and energy savings potential in the household, the commercial, and the industrial sectors in Curaçao?

4.    How to realize a 100% renewable electricity production system for Curaçao?

The findings related to these questions are now summarized.

1. What is the current state of Curaçao’s electricity infrastructure?

The current total installed power capacity in Curaçao is 237.3 MW and consists of three diesel power plants, one gas turbine, two large and some smaller wind farms, and a more limited amount of PV solar systems. The study also identified that Curaçao already has an unusually high proportion of intermittent renewable energy sources (RESs). As in all countries, the electricity power demand in Curaçao depends on the activities of the users and varies accordingly during the day. To match this, electricity production also has to vary. The relatively high, and to an extent uncontrollable, fluctuation in the electricity produced by wind turbines is caused by the changing wind speed, and also the servicing and maintenance requirements. Similarly, with the PV solar production systems, variations in irradiance induce rapid variations in PV electricity production throughout the year. Non-RESs provide the backup for the intermittent RESs. Currently, the electricity infrastructure does not include any grid-scale energy storage systems. A necessary step in reducing or completely eliminating the use of fossil fuels in electricity production in Curaçao will be to investigate the potential use of grid-scale energy storage in the electricity infrastructure to address the intermittent RESs.

2. What is the status of energy use and energy behavior in the household, the commercial, and the industrial sectors in Curaçao?

Two survey studies and two field studies were conducted to investigate energy use and energy behavior in the household sector, the commercial sector, and the industrial sector in Curaçao.

A survey study, in which 384 households in Curaçao participated, provided details about the energy used in various appliances. Currently, energy-efficient appliances are mostly used in high-income households, with take-up considerably lower in middle- and low-income households. Cost savings, rather than environmental concerns, appears to be the main driver in stimulating energy saving behavior. More significantly, it became clear that most households in Curaçao are largely unaware of all the available energy-efficient options that they could adopt to reduce their energy use.

A second survey study, in which 333 representatives of office buildings participated, showed that, contrary to the households, a large majority of respondents (80%) were aware of, and applied, energy saving options. Again, cost savings rather than environmental concerns appears to be the main driver of energy saving behavior.

In a second field study, the energy use and energy efficiency of nine supermarkets was examined. This field study found that refrigeration (32%) was the highest energy user, followed by air conditioning (27%) and lighting (21%). Furthermore, all the supermarkets in the conducted field study made use of closed freezers (i.e. with doors) which are more efficient than open chest freezers.

3. What are the energy saving options and energy savings potential in the household, the commercial, and the industrial sectors in Curaçao?

In identifying energy saving options and the energy saving potential in the household, commercial, and industrial sectors in Curaçao, this study focused on the savings potential of: reducing standby power losses, adopting passive building design principles, adopting techniques to improve energy efficiency, increasing awareness of energy saving behavior among consumers, and supply-side energy saving possibilities. The overall conclusion was that there was the potential to reduce energy use by 30% compared to the current energy demand.

Based on a field study of 20 households in Curaçao, an assessment was made of standby power losses. It was estimated that about 5% of residential electricity consumption was linked to standby power losses. Options to reduce these losses, besides technical options, include the introduction of import regulations to promote the selling of appliances with lower standby losses and the creation of public awareness through TV and other media campaigns.

Based on an extensive literature review on passive building designs for tropical climates and a field study that included 626 buildings in Curaçao, eight design principles that could and should be applied for local buildings were identified. A building energy codes program promoted by the government which includes the proposed building design principles could potentially reduce local energy consumption by 11%.

This study also addressed improving supply-side energy performance. It was concluded that this could be improved by: optimizing the baseload since the most efficient electricity sources have to provide power to meet the baseload; running the generators more efficiently to reduce fuel use by approximately 30%; reducing energy losses in the transmission, distribution, and low-voltage infrastructure; and using the waste heat produced by the non-RES generating units which could increase overall efficiency by about 9%.

4. How to realize a 100% renewable electricity production system for Curaçao?

A roadmap has been developed to achieve an energy production system for Curaçao that uses no fossil fuels. The principal steps that need to be taken are:

1.    replace the conventional fossil-fuel backups for the RESs with grid-scale energy storage units, by using a kinetic-based energy storage system as developed by Energy-vault;

3.    expand the application of solar-based energy to replace the older fossil-fuel generator sets; and

4.    use biogas instead of diesel fuel in the remaining generator sets.

The scientific contributions of this PhD research are threefold:

The first contribution is the identification of current energy use in Curaçao and the analysis of the energy saving potential for Curaçao. This identification and analysis has been conducted for both supply-side electricity production as well as demand-side energy use. Curaçao has been taken as a case study, but the approach is generic in the sense that it can also be applied to identify energy use and energy saving potential in other SIDS.

Second, the development of a wide array of options through which Curaçao can not only drastically reduce its demand-side energy use but also the fuel used on the supply side to meet these energy demands. The developed approach may be considered as generic in the sense that it can also be applied in other SIDS to similarly drastically reduce their energy use.

Third, the development of an approach through which Curaçao and other SIDS can achieve a fully sustainable energy production system based on wind, solar, and biogas as the only energy sources.

The societal contribution of this PhD is:

[1] SIDS are recognized as a group of small island countries that are characterized by a small internal market, limited resources, and relative high energy and infrastructure costs. SIDS tend to share a vulnerability to climate change and possible natural disasters. The United Nations lists 57 small island developing states. These are broken down into six geographically dispersed regions: the Caribbean; the Atlantic Ocean; the Pacific Ocean; the Indian Ocean; the Mediterranean Sea; and the South China Sea.

Richenel Bulbaai is a PhD student in the department of Construction Management & Engineering (CME). His supervisor is prof.dr.ir. J.I.M. Halman from the faculty of Engineering Technology (ET).