Hector Hernandez Delgadillo is a PhD student in the research group Production Technology (OPMPT). His supervisors are prof.dr.ir. R. Akkerman and prof.dr. T. Tinga from the faculty of Engineering Technology (ET). 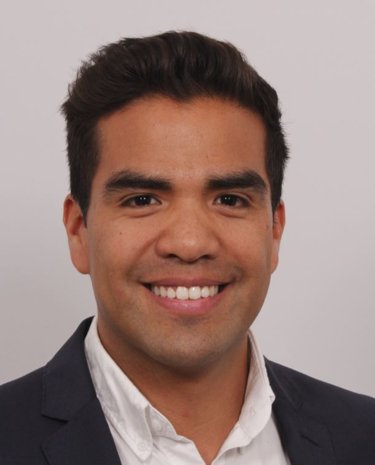 The Dutch drinking water network comprises over 120 thousand kilometres of infrastructure. A large number of these pipes have exceeded their expected operational life-time, while other pipes can still operate for many more years. Judging which pipes have reached their end of operational life is a complex task. However, failing to replace the infrastructure on time (before rupture) can cause serious damage to society, to the nearby infrastructure and to the finances of the water utilities. Preventive maintenance policies can diminish the uncertainty of replacing the ‘right’ pipe, thus increasing the reliability of the drinking water network.

Condition-based strategies enhance the replacement decision-making. Establishing new strategies for maintenance policies is not a straightforward decision. Obviously, many factors have to be considered, including the cost of launching a condition-based system versus the cost of repairing a failed pipe. With a very complex infrastructure, both below ground and above ground, it is very likely that a failed pipe will cause significant damage to other constructions. And amongst many other negative consequences, the image of a water utility can be greatly affected if its network is unreliable.

The Dutch water utilities have joined a scientific division with the purpose of advancing the reliability of their infrastructure. This is the Smart Water Grids platform, where synergy between academia, government and industrials (the water utilities) is achieved. Within this platform, the knowledge towards a safer, smarter and more sustainable supply of drinking water is promoted from a scientific perspective. In this thesis, the possibility of using ultrasonic sensors for the inspection of drinking water pipes in an inline configuration is investigated. Two materials are studied: polyvinyl chloride (PVC) and asbestos cement (AC).

The study conducted for the development of inspection methodologies is divided into material types. Chapter 2 and Chapter 3 focus on cement-based pipes. Chapter 4 and Chapter 5 describe the advancement of the wave mixing technique for the inspection of PVC pipes.

Chapter 3 bridges the gap between the laboratory environment and field operations. In collaboration with Acquaint B.V. (Inspection Company) and Brabant Water (drinking water utility) an inline inspection in an asbestos cement pipe in service was performed. Based on the developed methodology in Chapter 2, the degradation levels from the inspected trajectory are determined.

Chapter 4 describes the wave mixing technique principle. The possibility of using a wider range of excitation frequencies of the incident waves and of reducing the complexity of sensor positioning were investigated.

Chapter 6 brings together the knowledge gained throughout this thesis. It organizes the knowledge from previous work, the work from this thesis and future work. In Chapter 7, the conclusion of this research and some recommendations are provided.

Hector Hernandez Delgadillo is a PhD student in the research group Production Technology (OPMPT). His supervisors are prof.dr.ir. R. Akkerman and prof.dr. T. Tinga from the faculty of Engineering Technology (ET).