The PhD Defence of José Rivera-Arbeláez will take place in the Waaier building of the University of Twente and can be followed by a live stream.
Live Stream

José Rivera-Arbeláez is a PhD student in the department Biomedical and Environmental Sensorsystems. (Co)Supervisors are prof.dr.ir. A. van den Berg and prof.dr.ir. L.I. Segerink from the faculty of Electrical Engineering, Mathematics and Computer Science and prof.dr. P.C.J.J. Passier and dr. M. Catarino Ribeiro from the faculty of Science and Technology. 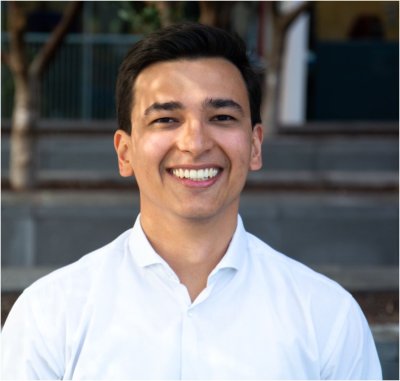 Cardiovascular diseases (CVDs) are the leading cause of death and a major contributor to disability worldwide. Epidemiologic predictions suggest that more than 70% of the population have multiple risk factors for CVDs, associated with unhealthy lifestyle in combination with genetic predisposition. In addition, there is an economical burden associated to CVDs that is expected to be of €950 million by 2030. Benefits from new drug compounds to prevent or cure CVDs are not expected soon as the process of drug development is costly and takes on average more than 10 years. Moreover, from those components that reached the market only a subgroup of the targeted patients will benefit, as the drug response is also affected by gender and ethnicity. This is amongst others caused by the large translation gap between the current models used during the pre-clinical phase and human physiology. This highlights the need of alternatives technologies during the drug development pipeline.

This thesis aims to develop a cardiac in vitro platform that allows the generation and assessment of functional cardiac tissues that resemble the contractile behavior of the human heart, as alternative pre-clinical model for use in drug development.

Chapter 2 presents the design, microfabrication and improvement in cardiac performance using serum-free medium in a robust, versatile and modular engineered heart tissue (EHT) platform. Specifically, focuses on the fabrication of all the components of the modular platform and simple steps that facilitate the process of making EHTs. Furthermore, we showed the improvement in contractile performance of the EHTs in serum-free medium when compared to a commercially avail­able cell culture media. To analyze EHTs contractile performance, Chapter 3 presents a standalone application to analyzed contractile parameters (contraction force, contraction kinetics and, contraction and relaxation time) using the EHT brightfield videos in a robust, automatic and easy-to-use manner. As showcase, the performance of the application is assessed by analyzing EHTs with different ratios of fibroblast.

Chapter 4, addresses the need of standardize methods to analyze contractility in in vitro platforms. We described the development of ForceTracker, a tool that can analyze the contractile performance of EHTs with different pillars’ shapes, in an automatic, unbiased, reliable, and user-friendly way, taking into account the geometry and mechanical specifications. ForceTracker was validated by analyzing contractility in two different EHT platforms in two independent laboratories.

Ready-to-use devices with high level of reproducibility in their fabrication methods, expedite the adoption by stakeholders in the academia or industry pipelines. Therefore, in Chapter 5 we showed the implementation of computer vision methods to analyze contractile performance with high level of accuracy. This tracking algorithm overcome the limitations of not fully transparent materials used to fabricate the pillars from the EHT platform discussed in Chapter 2. As a result, the highly accurate, automatic and robust tracking algorithm allowed to assess contractility with sub-pixel precision.

Chapter 7 provides a summary of the presented results and future perspectives on the further development of the plat­form.

José Rivera-Arbeláez is a PhD student in the department Biomedical and Environmental Sensorsystems. (Co)Supervisors are prof.dr.ir. A. van den Berg and prof.dr.ir. L.I. Segerink from the faculty of Electrical Engineering, Mathematics and Computer Science and prof.dr. P.C.J.J. Passier and dr. M. Catarino Ribeiro from the faculty of Science and Technology.