A Geometric Approach To Robotic Manipulation in Physical Human-Robot Interaction

The PhD defence of Johannes Lachner will take place (partly) online and can be followed by a live stream.

Johannes Lachner is a PhD student in the research group Robotics and Mechatronics. Supervisors are prof.dr.ir. S. Stramigioli from the Faculty of Electrical Engineering, Mathematics and Computer Science (EEMCS) and prof.dr. N. Hogan from the Massachusetts Institute of Technology. 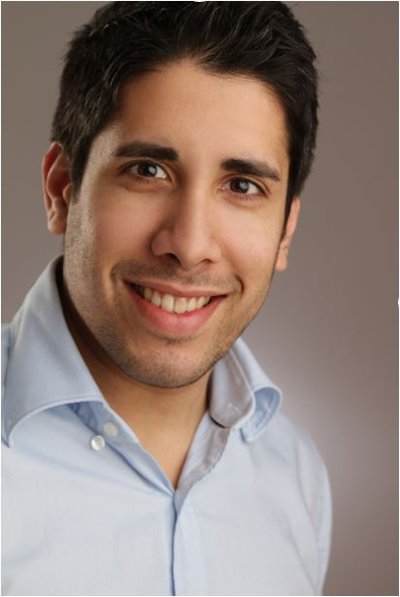 If people think about robots, they think of human-like machines with equivalent cognitive abilities and sensorimotor skills. The reality looks quite different. Most commonly, robots with six serially arranged joints are installed in industrial production. They are placed behind safety fences, isolated from their environment. The main requirements for those robots are fast speed, high accuracy, and repeatability. Coordinates are used to describe the kinematic structure and to program the robot motion. The workpiece is placed as accurately as possible and external sensors are used to capture the environment.

In the last decade, a new sort of robot has evolved. The main purpose of these robots is to assist the human co-worker, e.g., to take over dull and heavy tasks. These robots are often called “collaborative robots.” The most common associated terminology in research is “physical Human-Robot Interaction.” To ensure the safety of the human co-worker, collaborative robots are equipped with safety features, i.e., sensors to detect contact with the environment. Collaborative robots usually possess more degrees of freedom than conventional robots do. Most common are seven joints, which makes them kinematically redundant. This means that the robot can use infinitely many different joint motions to achieve a desired tool motion.

Compared to conventional industrial applications, the programming of collaborative robot cells is more complicated since the programmer not only has to focus on the robot process, but also has to provide a safe and stable robot motion that does not pose collision and clamping hazards to the human co-worker. Since the robot is more dexterous and can perform multiple tasks, this is supposed to be easier in theory. In practice, however, the programming procedure did not change compared to conventional robots. In most cases, it is only possible to assign one main task to the robot and the kinematic redundancy is not used to manage additional subordinate tasks simultaneously. Even worse, the kinematic redundancy impedes robot programming since an unique relation between tool motion and joint motion does not exist anymore.

This thesis focuses on fundamental topics of robotic manipulation in physical Human-Robot-Interaction. Contributions on dexterity, stability, and safety are presented. The thesis proposes a method to analyze the ability of a robot to perform a task. The method is extended to analyze multi-task control. Control approaches are developed that facilitate and speed up the programming of applications in physical Human-Robot Interaction.

The key method of this thesis is differential geometry. Hereby, the thesis tries to help understanding the kinematic foundations and demonstrates how to apply the theory to a real robot. For users of the presented methods, the results are comparable since the coordinate dependency is kept at a minimum. Moreover, less experienced robot programmers are enabled since the control approaches auto-tune the control parameters during run-time.

The PhD defence of Johannes Lachner will take place (partly) online and can be followed by a live stream.