Due to the COVID-19 crisis the PhD defence of Lanhui Li will take place partly online.

Lanhui Li is a PhD student in the research group Biomedical and Environmental Sensorsystems (BIOS). Her supervisors are prof.dr. J.C.T. Eijkel from the Faculty of Electrical Engineering, Mathematics and Computer Science (EEMCS) and prof.dr. L. Shui from the South China Normal University. 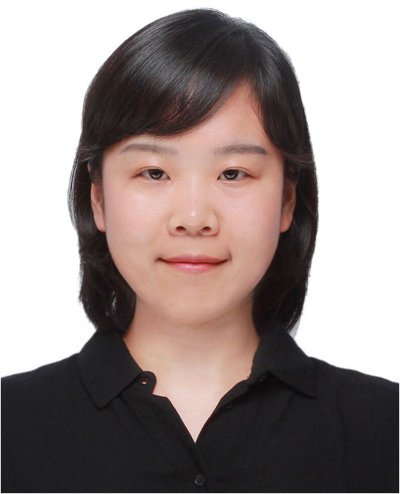 Microfluidics provides the capability for manipulating small amounts of liquid (typically nano/microliters or less). Much current research is focusing on the development of cost-effective, automated microfluidic technologies for on-chip liquid manipulation. Microfluidic devices that generate monodisperse emulsion droplets of controllable volume have been widely used for microreactors, synthesis of nanoparticles, single-cell analysis, and drug delivery. Also, in recent decades more and more microfluidic technologies based on autonomous pumping, such as capillary-driven-flow-based microfluidic devices, were developed for liquid handling for Point-of-Care diagnostics.

On downscaling to the microscale, the interfacial properties of the liquid and the solid channel wall surfaces become important for controlling liquid behavior and determine the emulsion type. Thus, adjusting the surface wettability of the channel surface enable opportunities for liquid handling in microfluidic devices. Various surface modification methods such as plasma oxidation, UV treatment, sol-gel treatments, layer-by-layer (LbL) assembly, and stimulus-responsive polymer grafting have been developed for various applications. Also, some solvent-responsive surfaces have been reported with dynamic wettability dependent on solvent components. Among all the surface modification technologies, stimulus-responsive polymers can change the surface wettability to a specific value due to the reversible chain conformation changes in response to environmental changes e.g. temperature,  light, or solvent component such as pH, ion concentration.  Poly(N-isopropylacrylamide) (PNIPAm), a temperature-sensitive polymer with a lower critical solution temperature of 32 °C, has been widely used for microfluidic applications for tissue engineering and liquid manipulation, due to its biocompatibility and facile operation technology with temperature. In addition to its thermal responsivity, PNIPAm is also sensitive to solutes in aqueous solution e.g. alcohol and anions especially the Hoffmeister series. The phase change of PNIPAm in response to the stimulus (e.g. temperature) induces a volume phase change of the PNIPAm thin film or hydrogel, resulting in a switchable wettability, which has been widely used for cell culturing, sensing, and switchable adhesive applications. Moreover, PNIPAm can be easily locally coated in microfluidic devices, especially PDMS-based devices, by UV-induced surface grafting, offering flexible solutions for developing functionalized microfluidic devices.

In this thesis, we developed several PDMS-based microfluidic devices for emulsion generation and capillary-driven flow control. By grafting the PDMS surface with PNIPAm using UV-induced surface polymerization, we obtain a PNIPAm-g-PDMS surface with its surface wettability that is sensitive to temperature. By locally integrate a micro-heater underneath the channel, reversible hydrophilic/hydrophobic surface can be obtained by switching the temperature at 20/38 °C. The switchable wettability was used for reversible emulsion generation and stop valves for capillary flow control. In addition, a constant capillary filling rate was observed in our devices instead of Lucas-Washburn behavior. We attributed it to the diffusive hydration of water on PNIPAm thin film which is induced by the slow wetting kinetic of PNIPAm in water. Moreover, since the wetting kinetic of PNIPAm is sensitive to the liquid component such as ethanol due to the co-nonsolvency of PNIPAm in water-ethanol mixture. We further studied the wetting behavior of water/ethanol mixture on PNIPAm-g-PDMS surface and the capillary filling behavior of water/ethanol mixture in PNIPAm-g-PDMS microchannel. Constant capillary filling flow rate was obtained among water/ethanol mixture of a molar fraction between 0-4%, with the filling flow rate dependent on molar fraction. The dependence of the filling rate on the ethanol content makes the device a promising tool for the detection of low alcohol concentrations.

Due to the COVID-19 crisis the PhD defence of Lanhui Li will take place partly online.