Due to the COVID-19 crisis the PhD defence Yusuf Arik will take place online (until further notice).

Yusuf Arik is a PhD student in the research group Applied Stem Cell Technology (AST). His supervisors are prof.dr. P.C.J.J. Passier and prof.dr.ir. A. van den Berg from the Faculty of Science and Technology (TNW). 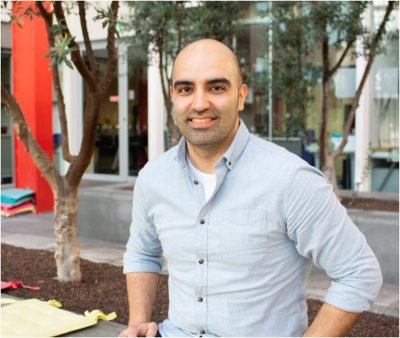 Visual impairment significantly affects life quality of patients, rendering them unable to perform simple everyday tasks such as reading, recognizing faces, driving etc. Visual impairment and blindness are already major direct and indirect burdens on healthcare which is expected to increase in the coming decades. Among blindness, age related macular degeneration (AMD) is currently the most common cause of blindness in elderly in western societies.

The key tissue that is affected in AMD is the macula, which is a specialized region in the retina with the highest metabolic demands, as it is responsible for the sharpest, and central vision. Due to its high metabolism, it is prone to dysfunction through decades of aging. Waste disposal and nutrient exchange of photoreceptors in this specialized region are maintained by retinal pigment epithelium and the surrounding choroidal capillaries. It is not certain which series of exact events lead to the initiation and progression of AMD. However, it is multi-factorial where genetic and environmental factors are in play. Its most aggressive form, wet-AMD, is characterized by choroidal neovascularization, in which new blood vessels invade the normal tissue barriers of the outer retina from the underlying choroid bed of blood vessels. These vessels easily hemorrhage and eventually leak their contents below and within the retina, which leads to degeneration of photoreceptors in the macula. This causes a rapid vision loss of central vision. Vision loss occurs due to a combination of stressors where toxicity to the cells accumulate over time which systemic repair mechanisms fail to heal. To better understand the disease pathology of AMD, experimental models are required in which the morphological changes of the tissues can easily be observed and experimental conditions can be readily manipulated.

In recent decades, thanks to microfluidics and microfabrication technologies, in vitro modelling platforms evolved into organ-on-a-chip (OOC) devices. These cell culturing devices comprise individually perfused microchannels inhabited by living cells to create a realistic simulation of a tissue or organ of interest. Co-cultures of cells are usually separated by porous membranes to allow cross-talk between different cell types. This thesis will demonstrate that OOCs may offer unique opportunities to model AMD and to study new potential treatments for this debilitating disease. This thesis provides a model of the outer blood retinal barrier in an organ-on-a-chip (OOC) device for investigation of age related macular degeneration (AMD). Mimicking pathophysiology of AMD is in particular challenging, as visible symptoms could be experienced after many decades of continuous stress on retinal tissues. Although vessel growth is the characteristic trait of wet-AMD, permeability increase is the main reason behind vision loss. Therefore, here we focused on this rather earlier event in disease pathology.

Chapter 2 describes different methods of measuring permeability in conventional and OOC platforms which are transepithelial/endothelial electric resistance, paracellular diffusive transport of tracer molecules, hydraulic conductivity of water across a cellular monolayer. It addresses advantages and disadvantages of these methods in different applications as well as lists an overview of different models with their respective readout for barrier function assessment. It is essential to understand these limitations when designing a modelling platform for which a readout might not be suitable. Chapter 3 describes an OOC model developed in-house, that employs a microvessel lined with an endothelial cell monolayer, an open-top culture chamber inhabited by a retinal pigment epithelial cells and a polyester based membrane separating two culture compartments. A healthy co-culture is maintained using a gravity driven medium flow in channels. This platform is suitable for applying two clinically relevant readouts to investigate the vascular dysfunction and structure. Vascular dysfunction measurement is based on fluorescein angiography in which fluorescently labeled dextran is perfused and its permeability through endothelial barrier is measured. Capabilities of optical coherence tomography is demonstrated in terms of visualizing microvascular networks. In our platform, the majority of vessels resemble capillary-like vessels, proving this platform can be used to monitor changes in AMD. In addition, one of the disease stimuli, accumulation of reactive oxygen species, is used to induce dose and exposure dependent vascular dysfunction. Inclusion of clinically relevant readouts in complex in vitro models is essential for bridging the gap between fundamental research and its potential application in clinic. Chapter 4 studies membranes made of collagen I hydrogel that are integrated into aforementioned devices. Vitrification-based fabrication of these membranes results in micrometer-thick membranes  that are biocompatible. Bruch’s membrane is partially degraded by matrix remodeling enzymes so that choroidal vessels are able to infiltrate the retina. This diseased state is modeled using enzymatic degradation based on collagenase II treatment. It is demonstrated that the enzymatic treatment decreases the permeability of membranes significantly, however it destabilizes the membranes which is demonstrated by bursting of membranes when treated longer and with higher enzyme concentrations. Furthermore, this chapter provides an injection mold design which is used to incorporate membranes into devices with consistent thickness and prevents labor-intensive conventional fabrication method using PDMS mortars. Chapter 5 describes the importance of para-inflammation in the pathophysiology of AMD as well as the need for new treatments against inflammation. To this end, two over-the counter drugs, aescin (anti-inflammatory) and cetirizine (anti-histaminic) were tested in their ability to revert the possible damaging effects of TNF-α and histamine on 2D monolayers of endothelial cells in culture plates. TNF-α is observed in making a change in morphology of the cells in a dose-dependent manner, whereas histamine was not observed as having such effects. As a result, effects of cetirizine in the treatment of histamine exposed cells could not be observed, and in the case of aescin, it was proved to be toxic to the cells. In this case, stability of molecules as well as the homogeneity of the exposure is debatable. Even though the effects cannot be observed, this chapter provides an elaborate discussion on how a realistic in vitro AMD disease model would look for the simulation of AMD-on-a-chip technology.

Due to the COVID-19 crisis the PhD defence Yusuf Arik will take place online (until further notice).