Due to the COVID-19 crisis measures the PhD defence of Oguzhan Apaydin will take place online without the presence of an audience.

Oguzhan Apaydin is a PhD student in the researh group Integrated Devices and Systems (IDS). His supervisors are dr. A.Y. Kovalgin and dr.ir. M.P. de Jong from the Faculty of Electrical Engineering, Mathematics and Computer Science (EEMCS). 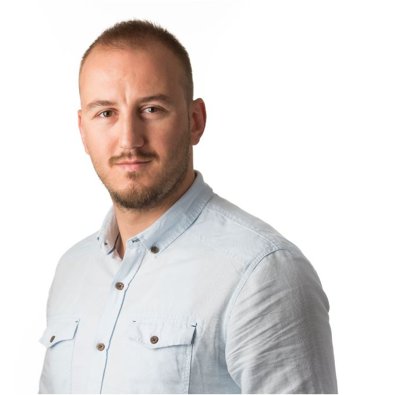 This thesis focused on the deposition of B-, C- and N-containing thin films from several precursor systems. We explored both pulsed-deposition and ALD approaches, with the aim to comparatively understand the growth mechanisms and investigate the effects of a variety of activation techniques; namely, thermal-, hot-wire- (HW-) and plasma-assistance. Furthermore, this thesis aims to clarify the occurrence of various phases in the compounds, and obtain the material properties.

The research started with developing recipes for the deposition of BN layers, giving alternating pulses of B2H6 and NH3. The results suggested the multi-phase (composite) film nature, consisting of pure-B and BN. These films exhibited refractive indices (n) strongly dependent on the pure-B fraction. It was found that the growth and composition of these layers were strongly dependent on total gas pressure (Ptot): enhanced GPC and reduced pure-B were achieved by increasing the Ptot. This strong pressure dependence allowed to hypothesize the growth mechanism via the surface-adduct reaction pathway analogous to previously reported AlN and GaN. Introducing additional means of activation (i.e. HW and plasma) affected the growth behavior, film properties and therefore the growth mechanism. Plasma-assistance provided near-stoichiometric, crystalline BN film at ~300 oC. These insights established the groundwork towards understanding the growth via the surface-adduct reaction pathway for the ALD of BN from BBr3 and NH3 precursor system. It was shown that, the experimental results could be adequately explained by the suggested reaction mechanism. Moreover, the results showed the influence of alternative approaches: the occurrence of pure-B phase and lower GPC in the case of plasma-assistance indicated the different-from-thermal growth mechanism. Switching to a cold-wall reactor enabled studying the reaction byproducts, which was suggested for differentiating between ALD and CVD modes.

The deposition of BCN and AlBN layers was subsequently explored from TEB and NH3. The results suggested ineffective nitridation of TEB-terminated surfaces in thermal deposition mode. Utilizing additional means of activation to enable manipulating the composition was unsuccessful due to the low temperature required for thermal decomposition of TEB, which dominated the process. This, however in turn, appeared to be beneficial for the formation of BCN. Giving TEB/NH3 and TMA/NH3 super-cycles resulted in AlBN or AlBCN compounds, depending on total gas pressure.

Due to the COVID-19 crisis measures the PhD defence of Oguzhan Apaydin will take place online without the presence of an audience.