eHealth - In or out of our daily lives? - Measuring the (non-)use of eHealth in summative evaluations

The PhD defence of Marian Hurmuz will take place (partly) online and can be followed by a live stream.

Marian Hurmuz is a PhD student in the research group Biomedical Signals and Systems (BSS). Supervisor is prof.dr.ir. H.J. Hermens and co-supervisor is dr. S.M. Jansen-Kosterink, both from the Faculty of Electrical Engineering, Mathematics and Computer Science (EEMCS). 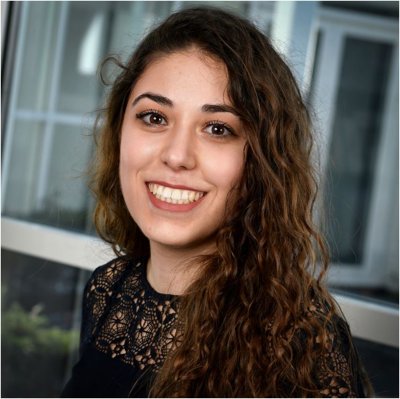 Next, a case study was presented (Chapter 4) which shows how you can evaluate an eHealth service in a real-world setting with mixed methods. This evaluation with a virtual coaching system showed that the number of older adults using the system declined over time, that the use of this system was mostly once a week, that this system was easy to use, and that on an individual level, minimal clinical important differences were found in different health variables. Furthermore, the results in this chapter highlight the importance of the mixed methods used. Due to this research method, more in-depth data was gathered about the quantitative results found.

The following study (Chapter 5) focused on qualitatively investigating barriers and facilitators adults with neck and/or low back pain (NLBP) perceive when using an mHealth app. The top three most mentioned barriers that were perceived by these adults were mode of delivery of the mHealth app, novelty of the app, and health-related factors. The top three most mentioned facilitators to use the app were the inclusion of action plans, health-related factors, and access to technology. In this chapter, practical implications were given on how to tackle the barriers and how to reinforce the presence of the facilitators. This could increase eHealth use among this target population.

In multiple chapters different aspects of eHealth (non-)use were discussed. However, to better understand why the target population does not use eHealth in daily live, the last study (Chapter 6) identified the reasons of potential end-users to participate in eHealth studies, the influence of these reasons on the use of eHealth, and their expectations about these studies. The most mentioned reason to participate was health-related, e.g. participating to improve my health, or to feel more fit. Between two motivation categories there was a difference in use of eHealth: people with an intellectual motivation to participate in eHealth evaluations are more likely to drop out compared to people with an altruistic motivation to participate. The results showed that including altruistic motivated adults in your study population, biases the study findings.

Finally, Chapter 7 concluded this thesis by discussing the main findings. First, the use of eHealth and the intensity of use among different eHealth services is discussed. This showed that among older adults, a part of the users will stop using eHealth, but if there is enough variation in the content of the eHealth service, the remaining users will use the eHealth service more intensive. Furthermore, it showed that when using an eHealth service for a specific physical complaint, decline in users is less apparent, compared to using an eHealth service for more general health promotion or prevention. Second, different aspects which can be used to measure eHealth use, and how eHealth use can be improved were discussed. These aspects were related to the user, the technology, and the interaction of those two. Based on these aspects, strategies for improvements were given. Third, three recommendations on improving summative eHealth evaluations were given. These were: (1) conducting summative eHealth evaluations in a real-world setting, (2) evaluating the eHealth service with those people who actually need it, and (3) investigating motivations of the study population for participating in summative eHealth evaluations. Fourth, this chapter focused on future research by (1) discussing considerations for future research, (2) by discussing the two practical tools that were derived from this thesis and that can be used in future studies, and (3) by discussing a note on publishing qualitative studies in health journals. Finally, this chapter ends with concluding words.

The PhD defence of Marian Hurmuz will take place (partly) online and can be followed by a live stream.