Microfluidic large scale integration (mLSI) systems enable automated acquisition of a large number of data points in a highly efficient manner. In regard to medical research areas, e.g. stem cell differentiation and drug testing, a mLSI platform can test many different in vitro conditions in parallel while allowing analysis to be performed down to a single cell level. Using a combinatorial multiplexer, 64 independently addressable microchambers (figure 1) which are suitable for cell culturing (figure 2) can be implemented in a single chip. We aim to further increase the number of chambers by parallelizing several of these chips while maintaining easy handling, thus ultimately overcoming the “tyranny of numbers”. 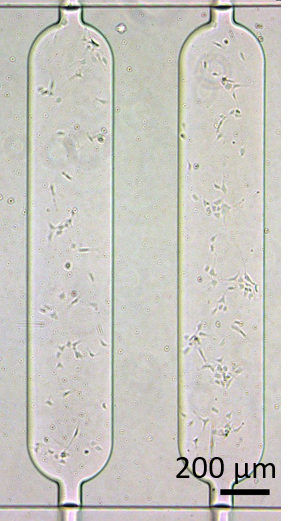 Figure 2 (above): Two of the chambers coated with collagen I and containing human umbilical vein endothelial cells (HUVECs).