In the Internet of Things, everyday objects are connected to the Internet to exchange data with each other and with users. A recent study in our centre reveals that slightly less than half of the Dutch adult population uses at least one IoT device. About a third uses the IoT for medical purposes, for health reasons or in sports. Also, around a third uses the IoT in or around the house, for example to save energy or to support household tasks. Security applications of IoT are the least common. 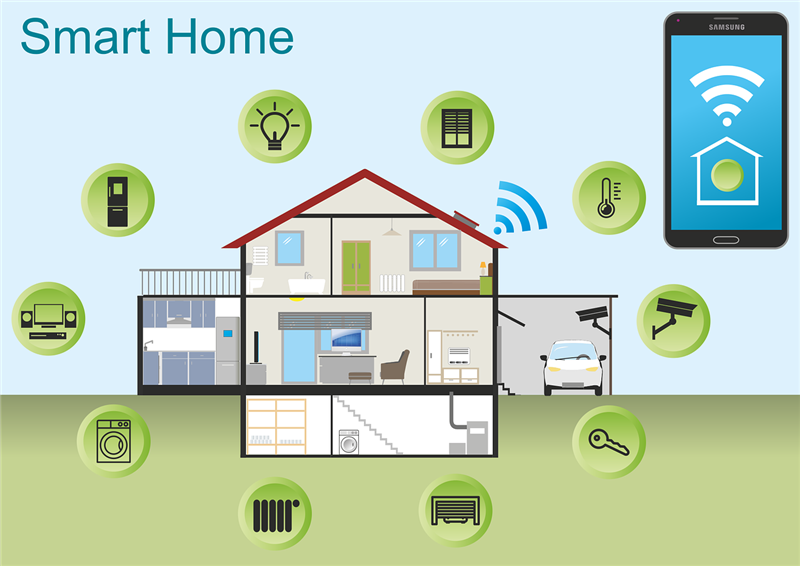 Activity meters and smart thermostats are used the most among IoT-users. This indicates that IoT is still far from commonplace: many of the applications available to consumers are only used sporadically.

The results also show that IoT use is mainly someting for young people and people with higher incomes. On the one hand, this is not surprising - age and income are always important predictors for the use of a new technology, - on the other hand this is worrying, because older people and people with a lower income have a relatively high interest in improving their health. The lower income classes, could furthermore benefit relatively much from lower energy costs. The fact that higher income classes are able to benefit from IoT applications for health and energy savings, suggests that the IoT has the potential to contribute to strengthening inequality. After all, using the IoT results in positive outcomes, although still moderate.

Disinterest is the main reason for those who do not use the Internet of Things (55.3%). This is also reflected in the attitude of non-users towards IoT, which is lower than the attitude of the users. Concerns about privacy are also often mentioned. This seems right, as privacy is increasingly at stake when interaction between devices and devices and users takes place automatically and behind the scenes. A large proportion of the non-users also indicate that they do not entrust their data to companies or the government. This suggests that manufacturers should become more open about the devices and systems they develop and make clear what options consumers have when it comes to data collection and processing. In addition, these options should be communicated to consumers in an understandable manner and format.

In addition to disinterest and privacy concerns, costs are also mentioned as an obstacle to the use of IoT. This is in line with the results that especially those with higher incomes use IoT relatively often. Furthermore, 40% cited a skills shortage. This is an important point, because despite the fact that IoT makes autonomous decisions, there is a great need for skills to cope with the large amount of complex data that is collected. Where the operation of previous technology required a fully aware user, the IoT is characterized by passive users who are not aware of what exactly is happening. Nevertheless, users must weigh up which data is collected, which analyzes are needed and who gets access to the data. The data collected by IoT reveals, for example, when someone is home, travels to work, gets enough exercise and eats healthy. Understanding how collected data is used requires strategic decision-making.

For the people who do not yet use IoT, saving energy is likely to be the most important motivation to start using IoT in the future. Yet, only 28.3% indicate that they want to use IoT in the future. This would suggest that the core of users is getting smaller then suggested in the popular media.

Back to blog
Close
Suggestions