Harmonised Asylum Policies in the European Union? - The Role of Street Level Bureaucrats in the Implementation of the Common European Asylum System

Due to the COVID-19 crisis the PhD defence of Radu-Mihai Triculescu will take place (partly) online.

Radu-Mihai Triculescu is a PhD student in the research group Public Administration (PA). His supervisor is prof.dr. R.A. Wessel from the Faculty of Behavioural, Management and Social Sciences (BMS). 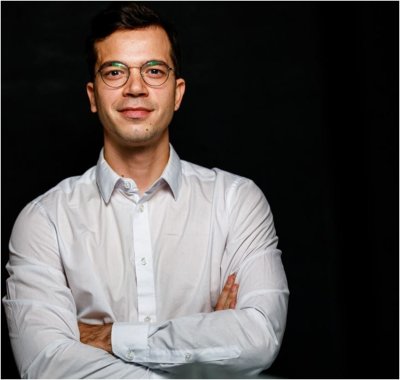 The Common European Asylum System (CEAS) aims to harmonise asylum granting procedures in the European Union by adopting a uniform set of standards meant to be applied when analysing the claims of those seeking international protection. My doctoral work focuses on identifying and tracing the CEAS instruments relevant to first instance decisions across different levels of governance. This includes observing if and how variances emerge in the way countries absorb specific European Directives, ultimately yielding different procedures of bureaucratic implementation. The investigation looks at the concept of policy harmonisation not only from a legal, but also from a public administration perspective. As such, an understanding of the effect that country-specific contexts have on the establishment of a comprehensive asylum policy in the European Union is constructed. Through the observation of how harmonisation of asylum legislation manifests itself in practical implementation guidelines, my research makes a claim about the influence that street-level bureaucrats have on the output of a policy that starts at the EU level, but that must pass through the filters of multilevel governance.

For such an evaluation to be made, the European directives of the CEAS are analysed in terms of the ambiguity – and discretion – present within them, and these ambiguities are then tracked in legislative transposition at the national level in Romania and the Netherlands. Through deconstructing the legal basis upon which street-level bureaucrats must act, an image of the individual worker’s discretionary space emerges. Interviews are then used to understand how this discretionary space is navigated, and in what way decisions are reached and justified. Finally, following an analysis of the data covered, a comparison is made. Using the administrative legacies of the two countries as an analytical lens, this PhD’s research sheds light on the ways institutional differences between Eastern and Western Member States of the EU need to be accounted for in any research dealing with EU policy implementation.

This thesis attempts to bridge some of the gap that exists between research on the management of asylum applications and the real-world context in which these decisions take place. Far from focusing on the CEAS from only one perspective, the work explores the image of what a harmonised asylum policy looks like at the European level, how this harmonisation is interpreted in Member States, and how practical implementation fits within the framework developed. The thesis provides an in-depth analysis of the legal terminology surrounding the CEAS, and how this legal framework is transferred from the EU and incorporated in national legislation – from both a policy-specific as well as an administrative point of view. By doing this, the street-level of implementation is treated as more than a mere after-thought in the policy process: bureaucrats charged with implementation have an important role in how Europe’s asylum policy translates from law to practice.

Waaier
Add to your calendaraHGbRdipTzsgMbuxYmdh4912424/06/2021 14:30Europe/AmsterdamPARTLY DIGITAL (ONLY FOR INVITEES) : PhD Defence Radu-Mihai Triculescu | Harmonised Asylum Policies in the European Union? - The Role of Street Level Bureaucrats in the Implementation of the Common European Asylum System

Due to the COVID-19 crisis the PhD defence of Radu-Mihai Triculescu will take place (partly) online.