Health promoting effects of nutrition in children - The clinical effects of a dietary advice consisting of beef, green vegetables, whole milk and butter

Due to the COVID-19 crisis measures the PhD defence of Ellen van der Gaag-Heuvel will take place (partly) online in the presence of an invited audience.

Ellen van der Gaag-Heuvel is a PhD student in the research group Research Methodology, Measurement and Data Analysis (OMD). Her supervisor is prof.dr. J.A.M. van der Palen from the Faculty of Behavioural, Management and Social Sciences. 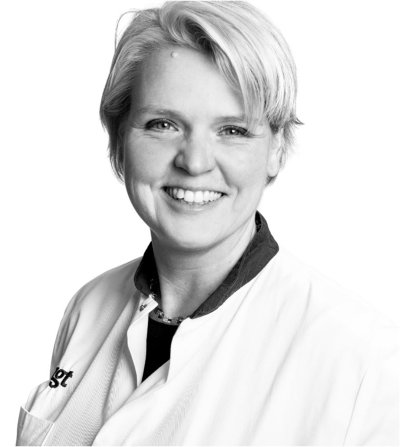 The results of the review, presented in chapter 2, suggest beneficial effects of whole food in the prevention of, and shortening in duration of, upper respiratory tract infections (URTI). Some food products show clear preventive or shortening effects on URTI; e.g. kiwi, elderberry, pre- and probiotics, fish oil and garlic [1-8].

In patients with recurrent URTI, intervention with a single whole food product can therefore be beneficial. A dietary intervention with multiple food products for URTI is rarely investigated, except for the effects of the Mediterranean diet in children with recurring colds and frequent complications in Spain. This before-after study found decreased URTIs after a change in lifestyle [9]. The effects of the Mediterranean diet are based on the concept of food synergy, meaning that the effects of a combination of foods are much stronger than the effects of single supplements with nutrients [10].

Chapter 3 describes the effects of a nutrient rich diet, consisting of beef (3 times a week), green vegetables (5 times a week), 300 mL whole milk daily and butter, on IgE levels in children. In this retrospective case-control study in 105 children, we observed a decrease in IgE of 9.2 kU/L (= 22 ug/L) after the dietary advice had been followed for 4 months. We did not observe a change in IgE-levels in the control group. Subjective improvements in clinical complaints were recorded in 53% of the children in the intervention group and 29% in the control group (p<0.001).

In chapter 4 we investigated the effect of the same dietary advice on fatigue in children. In this non-randomized controlled study in 98 children with unexplained symptoms of fatigue, the sleep domain improved in the intervention group. We evaluated every single food component (of the four in total) and its effect on fatigue in the studied population. Green vegetables improved cognitive tiredness scores significantly, while whole milk improved the sleep domain significantly.

Lipid profiles in young children are scarcely investigated when there is no relation with familial dyslipidaemia. What are the consequences for the lipid profile when full fat dairy products are introduced into the diet of young children? Chapter 5 describes the results of a retrospective case-control study on the lipid profiles of children with and without the dietary advice. After 5 months, the intervention group did not show unfavourable lipid profiles. On the contrary, HDL-cholesterol (a favourable prognostic factor for cardiovascular disease) increased significantly after following the dietary advice. Also, the cholesterol/HDL ratio and the non-HDL-cholesterol improved favourably following the dietary advice. No unfavourable trends in lipid profiles were observed. In addition, the body mass index (BMI) and BMI-z scores were not adversely affected by introducing full fat dairy products together with green vegetables and beef.

As part of this thesis, a randomized controlled dietary intervention was performed with a dietary change in 118 young children (1-4 years) with recurrent URTI. Again, we evaluated the dietary advice, consisting of green vegetables, beef, whole milk and butter, over 6 months. We found a significant decrease in infection days, catarrhal episodes, coughing and days with fever. Also, antibiotic use decreased by 66.6% over the 6-month period (chapter 6). No significant weight gain or increase in BMI was seen in the intervention group. Laboratory parameters showed decreased C Reactive Protein (CRP) levels, suggestive a lower grade of inflammation in the intervention group, but this finding should be considered with caution since the values are still in the normal range.

Fatigue scores improved in children with a subclinical hypothyroidism in our randomized controlled trial (RCT), after following the dietary advice for 6 months (chapter 7). Scores improved in the different fatigue domains, especially in the domains of sleep and total tiredness. The function of the thyroid, expressed by the values of TSH and FT4, was not influenced by the dietary advice. In this study, we could not find an effect of green vegetables on cognitive tiredness, probably because our control group also consumed considerable amounts of green vegetables, and the difference between the groups for this food product was less clear.

In the RCT of children with recurrent URTI, after following the dietary intervention for 6 months (chapter 6), we observed no significant changes in laboratory parameters between the groups, except for CRP levels. These levels were significantly reduced in the intervention group compared with the control group, possibly indicating lower chronic inflammation, but this should be approached with caution since the values are still in the normal range.

No effects were seen on thyroid functioning in subclinical hypothyroidism in our RCT after the dietary intervention; Ft4, TSH and anti-TPO levels did not change significantly (chapter 7). Therefore, the dietary intervention did not act on the thyroid pathways that were measured in our study. Clinical improvements of fatigue (similar to those in chapter 4) were seen, but we could not relate them to the functioning of the thyroid.

During our outpatient consultations, many parents had concerns about the lipid profiles of their children when starting a diet with whole dairy products. In all of our studies, there was a consistent trend in the lipid profile after the dietary advice was followed. In all 3 studies (both RCTs and the case control study, chapters 5, 6 and 7), HDL levels increased and the cholesterol/HDL ratio decreased towards prognostically favourable values. Total cholesterol and LDL remained the same or increased slightly. Triglycerides, which are highly dependent on the last ingested meal, showed no particular trend, remaining the same, increasing or decreasing in individual studies. Over the years there has been a change in the moment at which the venipuncture was taken for the laboratory tests. In the beginning, patients had to come with an empty stomach, but in recent years it was determined at any point in the day, unrelated with the ingested meals. These instructions were given by the laboratory.

In both RCTs (chapters 6 and 7) we included measurements on growth parameters, mainly because of the fear of obesity when full fat dairy products are introduced into the diet.

No significant changes in growth were seen in either trial, neither did we see any unfavourable trends; after 6 months of follow up, the height growth remained the same in both control groups but increased slightly in the intervention groups, by 0.03 SD in the URTI study and 0.07 SD in the subclinical hypothyroidism study. These are small changes in a relative short period, and it remains to be seen whether this has any clinical meaning.

Due to the COVID-19 crisis measures the PhD defence of Ellen van der Gaag-Heuvel will take place (partly) online in the presence of an invited audience.