Climate policy has a strong inﬂuence on policy processes at the national level in Indonesia. Meanwhile, other policies that focus on air quality improvement are also being implemented at local levels. Indonesia has committed to reducing greenhouse gas (GHG) emissions by 29 percent by 2030. This calls into question the extent to which cities and local governments can cope with the challenges of the current transport sector climate change mitigation programmes. Bandung City is one example. The main objective of this study is to contribute to the understanding of the role of a multiplicity of actor characteristics and contextual factors in the transport sector climate change mitigation policies and governance in Bandung City. 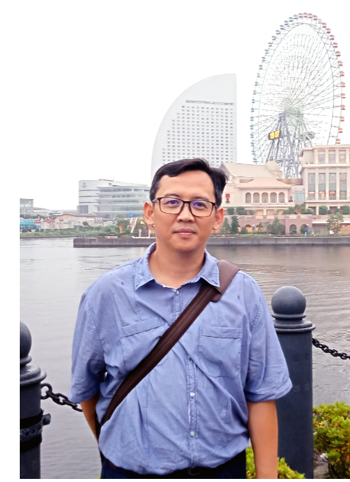 The results show that air quality improvement policy has been implemented separately from climate policy. The former operates at the local level and the latter at the national level. The actor interaction analysis concluded that a more holistic environmental policy approach would be more efﬁcient in reducing local air pollution and contributing to the mitigation of climate change. It is also confirmed that the policies to reduce GHG emission do not accord with government edicts. The provincial and local government were aware that the central government stipulation for mitigation on climate change provides for regulation at both provincial and local levels. However, most actors at these levels lacked information about implementation. This study found that actors have considered and chosen mitigation programmes given the limits of their knowledge, resources, and power. Several policies encouraging reduced GHG emissions require a multi-actor interaction process. Local actors and the provincial level in Bandung City proposed the Paratransit and Car-Free Day programmes to help reduce transport GHG emission. Other programmes, such as the Trans Metro Bandung (TMB) and vehicle emissions tests, were also expected to reduce GHG emissions.

The results of the quality of governance assessment showed that all programmes are supporting climate change mitigation as stipulated by government. The extent to which this was the case was found to be low to moderate; flexibility as restrictive, and coherence and intensity as moderate. In general, these qualities created a context with some limits. However, several improvements and positive trends were apparent at the local level. The governance assessment of the climate change mitigation programmes as perceived by the actors concluded that problems of differing actor perspectives and goals were faced by all cases, which often complicated the development of the operational programmes.

However, the three programmes that encouraged the use of public transport often ran contrary to other actor’s needs (in this case, private vehicle users). The survey of willingness to use alternative transport modes found a positive correlation between the travel mode choice of vehicle users and their perception on how to lower GHG emissions. A negative correlation existed between vehicle users with their perception of GHG emission issues and policies to mitigate climate change. Other positive findings were found between the socio-economic characteristics with travel behaviour and environmentally significant behaviour. The intention to use a particular mode of transport was, to a large degree, dependent on a vehicle’s ownership. Car users correlated more positively with this issue than motorcycle owners. The frequency of use of one particular transport mode encouraged this use to become habitual and this determined their willingness to reduce the use of private vehicles or increase the use of public transport. As a result, we believe that the policy to encourage the use of public transport will be hindered by the existing use of private vehicles. In the absence of any policy intervention to reduce private vehicles, the programme to raise awareness, and encourage people to use public transport, will experience many obstacles.

Three factors were found to be important for travel mode use, namely: speed, safety, and comfort. Secondary contributory factors affecting public transportation use were low-prices and difficulties faced to own and use private vehicles. The intention to use private vehicles was strongly related to user’s needs to access multiple destinations. Knowledge and information, people’s awareness regarding environmental impact, global environmental issues, and the use of public transport, would not be the indicators to reduce the environmental impact of the private cars.

The policy scenarios represented in this survey covered: increasing taxes, increasing parking prices, and fuel increment as key variables of travel behaviour. However, all respondents accepted that fuel increment would intervene and reduce the use of private vehicles. The results showed that any increase in gasoline prices could encourage use of public vehicles. This policy could reduce gasoline consumption. It would create a national economic benefit by reducing subsidies to society and benefit the environment.

The study concludes that, based on the dynamic actors-interaction framework, climate change policies, especially mitigation in the transportation sector in the city of Bandung, several programmes can reduce GHG emissions. However, governance aspects remain limited, although some programmes have improved. These programmes will be unable to succeed in helping to reduce GHG emissions if the behaviour of actors, especially private vehicle users, are not well managed.