As you probably already know, entrepreneurship and the University of Twente go together like hand in glove. But did you also know that the Drienerburght Conference Hotel came about as a direct result of this remarkable pairing? Here is the story of how the Drienerburght rose up from the ground – a tale of battles with bureaucrats in The Hague. 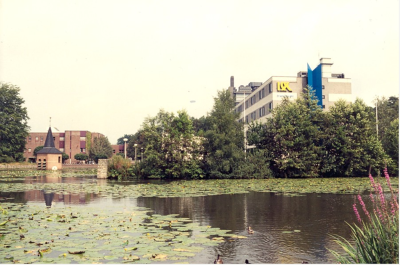 The year was 1987 and in the field of higher education, no university had ever invested independently in real estate, such as building a conference hotel, or ever used government land to set such a strong example of entrepreneurship. The regulations in force at the time would not allow for this. And indeed, the officials at the education department wanted to put a stop to this investment project and halt the construction of the new hotel. So how did the University of Twente get away with it? At the opening of the hotel, Roel in 't Veld, Director General for Higher Education and Scientific Research at the Ministry of Education, described it like this: ‘The reason I'm here today to open this building is that I neglected to answer your letter.’

So what happened exactly? The campus and all its real estate were owned by the government until the early 2000s. The Real Estate Department of the Ministry of Education dealt with all investments in university campuses. And for a campus university like the University of Twente, with accommodation for over 2,000 students and staff and many sports and cultural facilities, that was a big challenge. Particularly because the Department’s main focus was on education and research. Harry van den Kroonenberg, the Rector Magnificus who conceived the concept of the entrepreneurial university, also came up with a clever ruse. The university set up the Technopolis Twente Foundation. The foundation enabled the university to borrow, invest and earn money free of ‘interference’ from the ministry in The Hague. For the Drienerburght project, the University of Twente would receive 4 million guilders from the Dutch Municipal Bank plus an investment write-down of half a million guilders. That meant the university only needed to put up another 1.3 million guilders itself.

The officials at the ministry were not pleased when they got wind of the project, and threatened to block its progress. But the Director-General at the ministry, Roel In 't Veld, became involved, telling his astonished officials that he would do nothing to stand in the way of Twente’s entrepreneurial spirit. In 't Veld was a strong proponent of hands-off management, and had long been allowing universities to push the boundaries. More autonomy for universities was fully consistent with his policy memorandum on Higher Education, Autonomy and Quality, which he had published previously, even though the project contravened the regulations actually in force at the time. The university’s letter defending the construction of Technopolis therefore remained formally unanswered, deliberately – at the request of In ’t Veld. And that paved the way for the construction of the Drienerburght.

It is particularly appropriate that we recalled this story in Book Week 2020. The theme for this year’s book week is ‘Rebels and Lateral Thinkers’. This description fits Harry van den Kroonenberg right down to the ground. ‘The era of the entrepreneurial university has begun,’ Van den Kroonenberg said provocatively at the opening of the hotel in 1987, knowing that In 't Veld would hear these words. He wanted autonomy for the university – independence from the business community and also free of interference by bureaucrats in The Hague. A few months later, at the opening of the academic year, he allowed himself one more swipe at the government: ‘It's raining bureaucrats, there are too many of them.’ 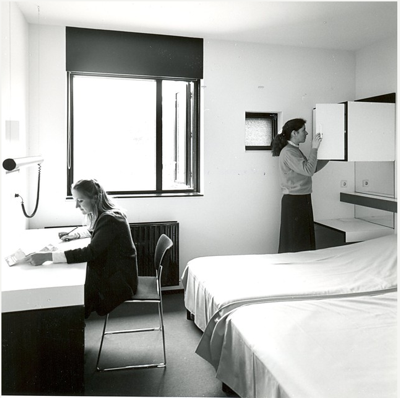 A room in conference hotel Drienerburght