Technology runs in the blood of Hans Bijloo’s family. Hans (as he is usually called) was named after his uncle Jan Antonie, who used this cover name when he was a member of the Dutch resistance during the Second World War, which he unfortunately did not survive. Jan was a lecturer in mechanical engineering at the Technical College in Rotterdam. It is therefore no coincidence that Hans, after spending a day looking round the Philips factory in Stadskanaal, was totally mesmerised by the mechanisation systems and decided to start studying at Twente University of Technology in 1970.

Hans moved from the west of the Netherlands to the campus in the east for his studies, partly because of the foundation year in which the choice of degree programme was postponed until the second year. ‘Everything was still fairly new, and many things were being done for the first time, in education as well. They still needed to figure out the precise way of doing it.’ That was also true of the Euros sailing club, which Hans joined because helping to build the new boats designed by Professor Draijer (which were called ‘draijers’) was a great way of unwinding after a busy day of studies. ‘We built our own little cabins, too, so there was plenty of stuff to do,’ recounts Hans. He experienced many adventures and exciting times as skipper of the ‘Ebenhaëzer’, the sailing club’s flagship: ‘Passing under a narrow bridge in a 25-metre flat-bottomed sailing ship, with a crosswind of Beaufort force 6 – that’s not something they teach you at the university of technology.’ For some years, he was also secretary of the Technology Development Working Group (WOT), which works on applications of modified technology for the Third World. Singing in the student choir, the Drienerloos Vocal Ensemble, for which he also organised various events, was another great way for him to relax. In 1975, for instance, they brought some Christmas cheer to the village of Hertme – a midwinter concert with midwinter horns – and celebrated the 10th anniversary with a big concert featuring the student choir and orchestra. 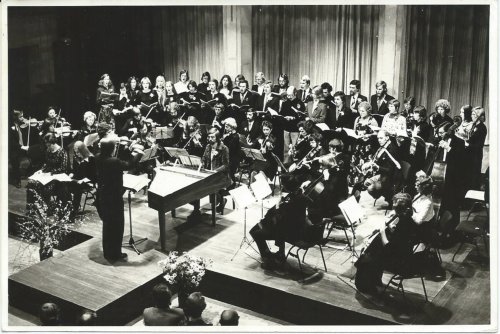 In 1978, Hans experienced a big surprise during his diploma presentation ceremony: ‘It went on and on. But they didn’t call my name, they just skipped me! I started to feel really worried. What was going on? Finally, I was called, as the very last candidate.’ And what happened then? He was presented with his degree as the 250th Mechanical Engineering graduate! Not long after this, Hans moved to Eindhoven, where he started work at Philips after doing his compulsory military service. He had already done his graduation project there, and he remained employed by the company for many years, working in different departments. He spent the most time in the department that developed mechanisation of the production of television tubes in Eindhoven. His responsibilities here included configuring a television-tube mechanised production line in China: a line 1000 metres long, completely mechanised. ‘That was very special, taking something like that from the drawing board to working reality.’

He has since retired, but Hans certainly has not forgotten his time at Twente University of Technology. He is still in frequent contact with a good university friend who was also active in the choir. Moreover, he frequently thinks back to the sailing adventures he experienced back then. And he still likes to sail! No longer with the Euros, but at a sailing school in Friesland during the summer where he helps young people to get to know and enjoy sailing. 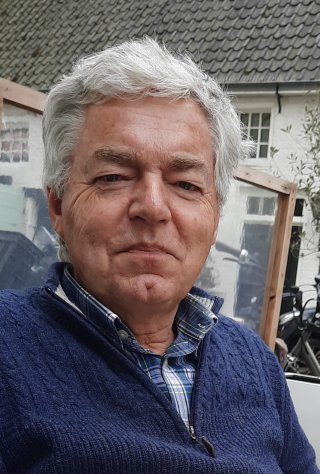 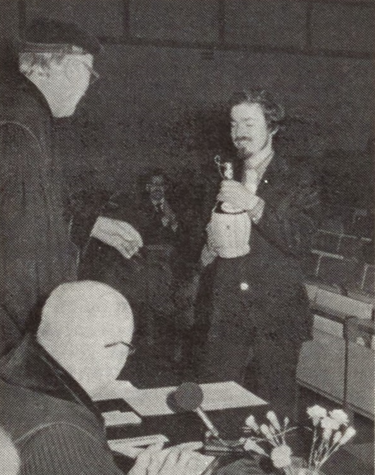