‘You can become anything you want, but don’t become a teacher.’ That was the advice Esther got from her father, who was himself a German teacher at a secondary school. So, to begin with, it certainly wasn’t her plan, after studying Applied Education Science, that she would start as a teacher at the music conservatory. Nevertheless, it turned out to be a good choice: this was a perfect way of uniting her passions for education and music.

Esther started studying Applied Education Science at UT in 1988 and found it really interesting: ‘I learned many things that were all new in education at that time: developing innovative and interactive teaching material through the OKT method, programming education on the first Apple computers… That was all such fun to do.’ But her studies were not the only thing that kept her busy, so after a while, she moved from her student house in Hengelo to Enschede. This brought her a little closer to the place where it was all happening: the campus, and of course her friends. Some of these lived at Witbreuksweg 377 or ‘Three Seven Seven’, as it was known. She worked as a student assistant at the Applied Education Science library and at the Education Measurement Methods and Data Analysis department and played football in the women’s’ team, in the top league no less, but even more importantly, she came in contact with the carillon, which she would continue to play throughout her life. ‘A lot of carillon players will tell you that they are immediately hooked – the instrument has something magical for them. It was just the same for me. I heard the bells during my introductory week, and I went to see where the sound was coming from. I climbed up the tower, and when I opened the trapdoor, I saw Hylke Banning sitting there, playing the bells.’ That same week, she visited the university info market and signed up for the Campus Carillon Circle, not knowing that, years later, she and Hylke would become colleagues as the town carillon players of Enschede and Oldenzaal. 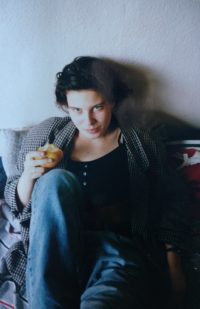 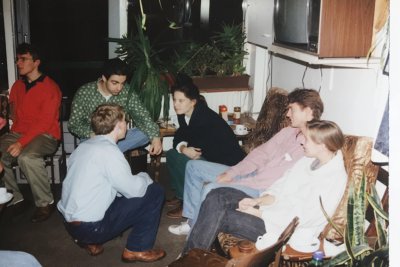 Even during her studies, Esther realised that she wanted to do research. Luckily, immediately after graduating in 1993, she received a post in Utrecht, at the Faculty of Orthopedagogics. It was there that she developed – during and as a result of her doctoral research – a teaching package for pre-schoolers in special education who have difficulty with preparatory arithmetic: Als speciale kleuter tel je ook mee! (‘You’re a special pre-schooler, and you’re important too!’). But Esther soon returned to UT: after gaining her PhD, she was back at the university, this time as an assistant professor. Later, she also worked at Saxion as an educational designer and consultant. But after a while, she began to feel the itch: she took a sabbatical and studied music theory subjects at the conservatory. It was here that she had the idea of becoming a music teacher – after all, music had always been her passion. But things turned out a little differently. Instead of starting out as a student at the conservatory, the same degree programme immediately suggested she start teaching there as a lecturer for educational science, pedagogics and developmental psychology. And then she simply had to say ‘yes’. Nowadays, she mostly focuses on everything relating to research: ‘I work at the overarching Master of Music at ArtEZ, where I’m senior lecturer/coach & coordinator for Research in Music. I work on the curriculum with reference to research and I coach students in carrying out research.’ So that was a great combination for Esther, bringing together her passions for music, research and education. ‘Even though I’d still prefer to do research myself, it comes really close to what I once wished for. In terms of content as well, this is the field in which I feel most at home. Ultimately, all the pieces of the puzzle in my career fell into place nicely.’

As the city carillon player of Enschede, Esther can still regularly be encountered at UT: playing the carillon and teaching others how to play it. That is because, since September 2020, she has been carillon teacher, providing lessons to staff, students and alumni on the CampusCarillon, the instrument on which she herself learned the musical skills. This frequently evokes nice memories for her. What were the best moments in her student days? ‘They really do relate to the carillon,’ says Esther. The annual carillon festival, for instance, and the concerts together with big bands and the regional music academy, where students could display their musical abilities. One year really stands out in her mind, ‘At the 25th Carillon Festival, we received the Dr André Lehr Award. This was a prize created by the François and Pieter Hemony Foundation in 1989, awarded to people or music societies that make an important contribution to the carillon world. That was really special.’ She also treasures her friendship with fellow city carillon player and alumnus Hylke. They still often meet for various projects, and last summer, they travelled to Belgium to give some quatre-mains concerts. ‘This was at the invitation of, among others, Twan Bearda, who is also a professional carillon player who studied at UT and first learned to play at the CampusCarillon.’ One thing’s for sure: the carillon brings people together: ‘Hylke became a very good friend of mine. We’ve now known each other for almost 34 years. We celebrated our 30th anniversary with a concert: Vrienden voor het Leven – de Tussenstand (“Friends for Life – the Story so Far”). With this programme, the accompanying story and a short film, we captured the highlights of our friendship in text and image.’ It’s clear that art and culture at UT played an important role in Esther’s student days. ‘UT has so many facilities in addition to actual studying, and that’s really special. All these opportunities for sports and culture... When I think back, this was just as important for me as my actual studies.’ 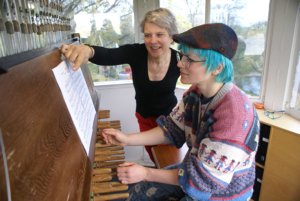 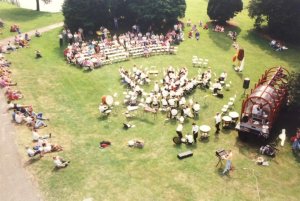