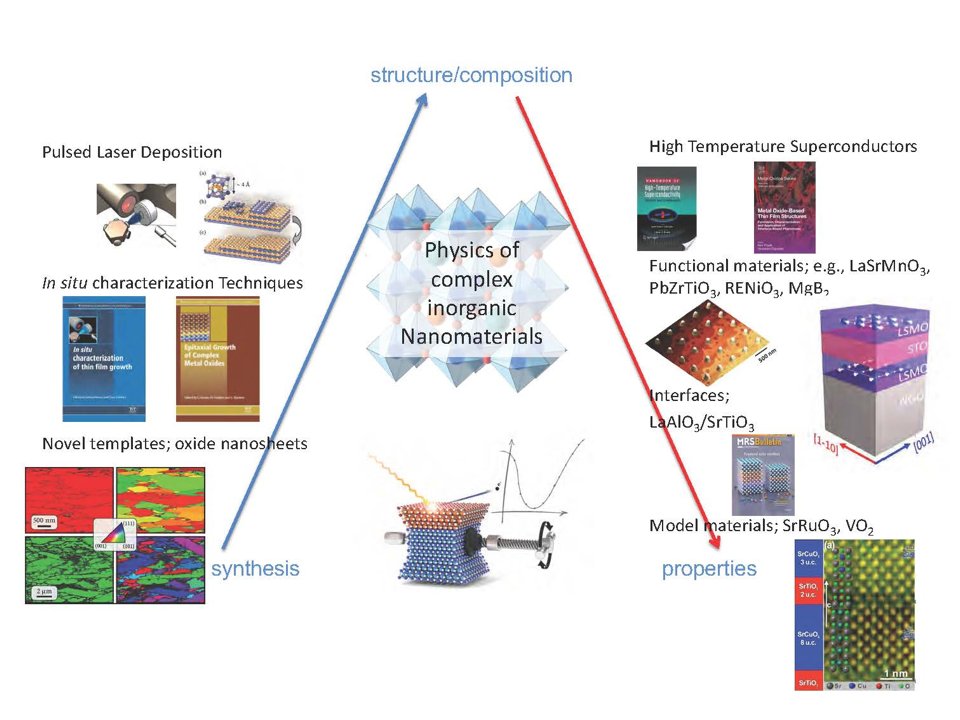 In situ characterization gives the opportunity to investigate intrinsic electronic properties of epitaxial systems by electron spectroscopy as well as take advantage of the two ways of generating particles for deposition, i.e., electron beam deposition and pulsed laser deposition. Because of both the in situ thin film synthesis, eliminating anomalies due to the interaction with ambient air, as well the fact that probing depth are of the order of the thin film thicknesses, a true comparison of electronic properties and transport properties are possible. Collaborations exist with UU, UBC/CLS, Soleil/Orsay, UvA/LCLS, PSI, Napels, DTU and EMAT, Antwerp.