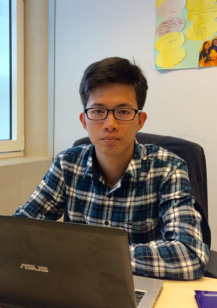 In thin-film piezoelectric MEMS applications such as piezo driven inkjet print-heads, the instability in piezoelectric properties of the 1-2 µm thick piezoelectric film is an obvious hurdle for further industrialization. The extreme operating conditions of inkjet print-heads (as compared with those of other MEMS applications) expand the effects of the defects and are therefore a strong driver for understanding the defect physics. This project aims to investigate, understand and remedy the causes of this functional instability of such a structure.

The unstable piezoelectric properties of the piezo film have been known to be due to the present of defects (grain boundaries, oxygen vacancies, stress gradients) in the film, which arise from the film-fabrication process. In this project, thin PbZr1-xTixO3 (PZT) films, the backbone of most current piezoelectric applications, are fabricated by a pulsed laser deposition (PLD) onto a Si substrate in a well-controlled way. The characteristics of various types of the defects in the piezo layer and their consequent impacts on the final properties of capacitor structures and the functional performance of devices are systematically investigated. Specifically, density and spatial structure of the defects are investigated by microscopic techniques, whereas their electrical properties are characterized by (local) conductivity measurements. Slow ion diffusion processes are investigated by using electro-chemical impedance spectroscopy techniques. The changes of the properties of the defects and the film as a whole are determined as a function of the thermal, electrical and mechanical operation conditions and time.

With the knowledge gained, it is expected to have control over the types of defects which dominate the stability of piezoelectric performance, and consequently to engineer the defect structure for enhancing functional performances of the piezo driven inkjet print-heads.

This work is financially supported by FOM and in a strong collaboration with Océ.