The PhD defence of Shaochen Zhu will take place (partly) online and can be followed by a live stream.

Shaochen Zhu is a PhD student in the research group Inorganic Membranes. Supervisors are prof.dr. H.J.M. Bouwmeester and prof.dr.ir. A. Nijmeijer, co-supervisor is dr. B.A. Boukamp, all from the Faculty of Science & Technology (S&T). 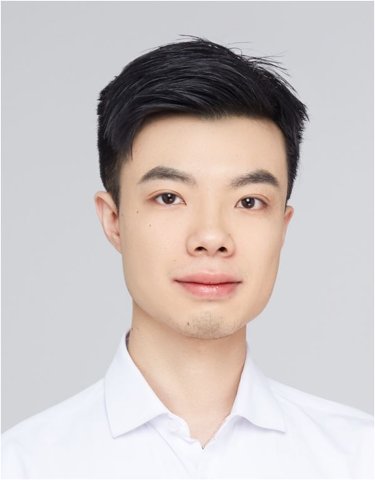 Protonic ceramic cells, which include air electrodes as essential components, are key devices in the global energy transition process. Triple ionic-electronic conducting (H+, O2-, e-) oxides are considered promising candidates for use as air electrode, owing to their high electrochemical activity towards the oxygen reduction reaction and water dissociation reaction when operated at intermediate to low temperatures (700  – 500 °C). This thesis focuses on the investigation of the structure, transport properties and electrochemical performance of two material systems: iron-doped barium zirconates BaZr1-xFexO3-δ and barium-doped lanthanum cobaltites La1-xBaxCoO3‑δ, both of which adopt a perovskite structure and both are reported to exhibit excellent electrochemical performance as air electrode.

In Chapter 2, the crystal structure, oxygen non-stoichiometry, and the electron and oxygen ion transport properties of BaZr1-xFexO3-δ (0.1 ≤ x ≤ 0.5) are studied. Under the oxidizing conditions of the experiments, the presence of ferric cations (Fe3+) in the structure is predominantly charge compensated by the formation of oxygen vacancies. The partial molar enthalpy of oxygen and the standard entropy of oxidation are both found to depend on the level of oxygen non-stoichiometry δ. The oxygen vacancy formation enthalpy decreases rapidly with increasing x. Data of electrical conductivity and electrical conductivity relaxation measurements show that both electronic and oxygen ionic conductivity in BaZr1-xFexO3-δ are subject to a percolation mechanism. The oxygen migration energy is found to correlate with the oxygen vacancy formation enthalpy. BaZr0.5Fe0.5O3-δ is identified as the composition with the best mixed ionic‑electronic transport properties in the series.

Chapter 3 focuses on crystal structure, oxygen non-stoichiometry, electron and oxygen ion transport properties of La1-xCaxFeO3-δ (0.05 ≤ x ≤ 0.4). The calcium dopant is predominantly charge compensated by electron holes rather than by oxygen vacancies. A phase transition from orthorhombic (space group Pbnm) to rhombohedral (space group ) is observed, the transition temperature decreasing with increasing Ca content. Analysis of the temperature dependence of the mobility of electron holes indicates that small polaron theory fails for the compositions with high Ca contents x = 0.30 and x = 0.40, which is attributed to the delocalization of the electron holes. The oxygen migration energy decreases and the oxygen ion conductivity increases with increasing Ca content. The oxygen migration energy appears correlated with the oxygen vacancy formation energy.

The perovskite-type oxide La0.5Ba0.5CoO3-δ is a high-performance air electrode for protonic ceramic cells. Surprisingly, both its electrical and ionic conductivity in literature show a large scatter, which I attribute to the co-existence of tetragonal La0.5Ba0.5CoO3-δ and the double perovskite phase LaBaCo2O6-δ. In Chapter 4, the phase transformation behavior, oxygen non-stoichiometry, electrical conductivity, and oxygen transport properties of La0.5Ba0.5CoO3-δ are studied. A long-term post-sintering annealing route is proposed to improve the phase purity of the ceramic sample. The chemical diffusion coefficient and surface exchange coefficient of oxygen are extracted from data of electrical conductivity relaxation measurements and are reported for the first time. The electrical and ionic conductivities at 500 °C at an oxygen partial pressure of 0.21 bar are as high as 1240 S·cm-1 and 0.001 S·cm-1, respectively, demonstrating that La0.5Ba0.5CoO3‑δ is an excellent mixed ionic-electronic conductor. Analysis of the oxygen non‑stoichiometry data indicates that within the experimental window of this study both the ideal solution model and the itinerant electron model are not suitable to describe the defect chemistry of La0.5Ba0.5CoO3-δ.

Chapter 5 continues towards investigation of the electrode performances of La1‑xBaxCoO3-δ (0.3  x  0.7). In addition, the hydration properties of La0.5Ba0.5CoO3-δ are evaluated by thermogravimetry. Data from these measurements show that the proton concentration in La0.5Ba0.5CoO3-δ is negligibly small, from which it is inferred that the material exhibits low proton conductivity under typical operating conditions of protonic ceramic cells. Cathode reaction models for pure electronic conducting and mixed ionic-electronic conducting electrodes applied to proton conducting electrolytes are proposed, enabling calculation of the order of the exchange current density with respect to oxygen and water. Based on the analysis of data of electrochemical impedance spectroscopy, the electrode kinetics of La0.5Ba0.5CoO3-δ is found to be controlled by two elementary reaction steps, which are influenced by electrode porosity, temperature, gas atmosphere and substitution of barium by strontium. Evaluation of the electrode polarization resistances indicates in the investigated series La0.4Ba0.6CoO3-δ is the best-performing electrode with an area specific resistance as low as 1 Ω·cm2 at 600 °C, and at a pO2 of 0.21 bar and a pH2O of 0.03 bar, under open circuit conditions. No degradation of the performance is observed during annealing over 120 h.

The story moves on in Chapter 6, where the hydration properties and the electrochemical performance of BaZr0.5Fe0.5O3-δ are investigated. The proton concentration in the oxide increases from 0.31 ± 0.03 mol% to 0.66 ± 0.03 mol% when, at a pO2 of 0.21 bar and a pH2O of 0.06 bar, the temperature decreases from 700 °C to 350 °C. The decrease in proton concentration is mainly contributed by the hydration reaction. Both the electron hole and proton concentrations are found to affect the standard enthalpy and entropy of the hydration reaction. The obtained impedance spectra are analyzed by equivalent circuit fitting and by transforming the data to the time domain for obtaining a distribution function of relaxation times. The results show that in essence two reaction steps determine the rate of the oxygen reduction reaction at the surface of the BaZr0.5Fe0.5O3-δ electrode, these reaction steps being characterized by different time constants. Under open circuit conditions, and at a pO2 of 0.21 bar and a pH2O of 0.03 bar, an electrode area specific resistance of 1.22 Ω·cm2 is found at 500 °C, showing that BaZr0.5Fe0.5O3-δ is a very promising candidate for use as air electrode in protonic ceramic cells.

The PhD defence of Shaochen Zhu will take place (partly) online and can be followed by a live stream.