The PhD defence of Farzaneh Radmanesh will take place (partly) online and can be followed by a live stream.
Live stream

Farzaneh Radmanesh is a PhD student in the department Films in Fluids. Supervisors are prof.dr.ir. N.E. Benes and prof.dr. E.J.R. Sudhölter from the faculty of Science & Technology. 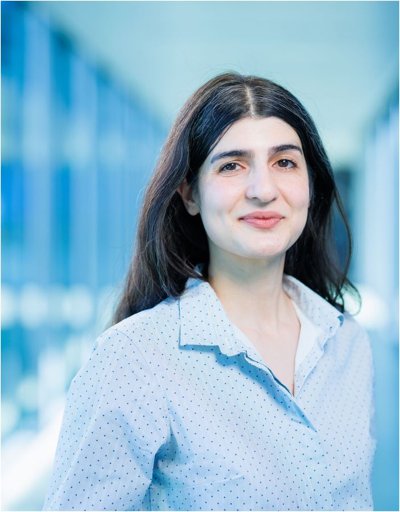 Interfacial polymerization is a very flexible technique in which polymerization occurs at the interface between two immiscible phases. It allows for fabrication of thin and defect-free membrane films that can be used in various applications, such as nanofiltration, gas separation and gas barriers. Normally, the polymerization reaction takes place between two reactive monomers, one in water and one in an organic solvent. However, many interesting reactants, including amines and alcohols with complex topologies, are difficult to dissolve in water. This thesis focuses on non-aqueous interfacial polymerization techniques for new thin film materials from monomer combinations that previously could not be used in interfacial polymerization. With the proposed technique, a series of cyclomatrix polyphosphazene networks are synthesized and their properties and performance are tuned for various industrial application demands.

Chapter 2 covers a systematic study of the effects of cations on membrane properties and performance. For this, two distinct POSS molecules were used: one functionalized with -NH3+Cl− and one, so far unexplored, with -NH2. The ammonium groups are partially deprotonated by using three different bases, LiOH, NaOH, and KOH. We demonstrate that the introduced cations affect the film thickness but not the molecular composition of the polyamic acid. All the obtained polyamic acids can be imidized, but the cations reduce the imidization kinetics as well as the loss of organic crosslinkers. For flat disc membranes, at 200 °C, the absence of cations results in comparable permeability combined with higher selectivity for H2/N2. This, and the possibility to discard the fabrication step of a adding a base, motivates a scale-up study of the new POSS. For tubular membranes, much higher ideal and mixed gas selectivities are found for -NH2 functionalized POSS than for membranes where NaOH was added. Results indicate that the new route allows more reproducible production of defect-free membranes and has the potential for larger-scale polyPOSS-imide fabrication.

In the next chapter, another hybrid network is assessed for gas separation at high temperatures. Chapter 3 reports on the formation of thin-film composite cyclomatrix polyphosphazene membranes via the interfacial polymerization reaction between polyhedral oligomeric silsesquioxane and hexachlorocyclotriphosphazene, on top of ceramic support. The prepared polyphosphazene networks are highly cross-linked and show excellent thermal stability until 340 °C. Single gas permeation experiments at temperatures ranging from 50 to 250 °C reveal a molecular sieving behavior, with permselectivities as high as 130 for H2/CH4 at low temperatures. The permselectivities of the membranes persist at higher temperatures; at 250 °C H2/N2 (40), H2/CH4 (31), H2/CO2 (7), and CO2/CH4 (4), respectively, while maintaining permeances in the order of 10–7 to 10–8 mol m–2 s–1 Pa–1. Compared to other types of polymer-based membranes, especially the H2/N2 and H2/CH4 selectivities are high, with similar permeances. Consequently, hybrid polyphosphazene membranes have great potential for use in high-temperature gas separation applications.

In need to find a more stable network at high temperatures with facile preparation, Chapter 4 reports a  non-aqueous interfacial polymerization platform to prepare a series of thermally stable cyclomatrix poly(phenoxy)phosphazenes thin film composite membranes that can sieve hydrogen from hot gas mixtures. By replacing the conventionally used aqueous phase with dimethyl sulfoxide/potassium hydroxide, a variety of biphenol molecules are deprotonated to aryloxide anions that react with hexachlorocyclotriphosphazene dissolved in cyclohexane to form a thin film of a highly crosslinked polymer film. The film membranes have persisting permselectivities for hydrogen over nitrogen and methane at temperatures as high as 260 °C and do not lose their performance after exposure to 450 °C. The unprecedented thermal stability of these polymer membranes opens potential to industrial membrane gas separations at elevated temperatures.

In Chapter 5, a series of cyclomatrix polyphosphazene films has been prepared by non-aqueous interfacial polymerization of small aromatic hydroxyl compounds in a potassium hydroxide dimethylsulfoxide solution and hexachlorocyclotriphosphazene in cyclohexane, on top of ceramic supports. Via the amount of dissolved potassium hydroxide, the extent of deprotonation of the aromatic hydroxyl compounds can be changed, in turn affecting the molecular structure and permselective properties of the thin polymer networks ranging from hydrogen/oxygen barriers to membranes with persisting hydrogen permselectivities at high temperatures. Barrier films are obtained with high potassium hydroxide concentration, revealing permeabilities as low as 9.4×10–17 cm3 cm cm–2 s–1 Pa–1  for hydrogen and 1.1×10–16 cm3 cm cm–2 s–1 Pa–1 for oxygen. For films obtained with a lower concentration of potassium hydroxide single gas permeation experiments reveal a molecular sieving behavior, with a hydrogen permeance around 10–8 mol m–2 s–1 Pa–1 and permselectivities of H2/N2 (52.8), H2/CH4 (100), and H2/CO2 (10.1), at  200 °C. Thus, the results presented in Chapter 5 reveal the versatility of this non-aqueous interfacial polymerization technique, where numerous tuning parameters are available to produce films/membranes with various properties and performances.

Chapter 6, we use the fascinating flame-retardant properties of polyphosphazene to prepare well-defined highly hydrogen selective thin-film composite membranes. The membranes are prepared via the interfacial polymerization reaction between 1,3,5-trihydroxybenzene or m-dihydroxybenzene and HCCP on top of the ceramic support. It is followed by pyrolysis of the prepared membranes under N2. In-depth characterization shows that pyrolysis is started at 350 °C. At 450 °C, the prepared pyrolyzed polyphosphazene networks show the best hydrogen selectivity. It has a compact structure mostly made of disordered carbon accompanied by P-O-C and P-O-P bonds. Single gas permeation experiments at 200 °C reveal a molecular sieving behavior, with permselectivities above 100 for  H2/N2, H2/CH4, and H2/CO2, with acceptable hydrogen permeance 2 ´10–10 mol m–2 s–1 Pa–1. The H2/CO2 permselectivities outperformed other CMS membranes using a lower pyrolysis temperature. Finally, the pyrolyzed thin-film composite membranes have a great potential for use in high-temperature applications, such as the selective separation of hydrogen in precombustion.

In Chapter 7, we report the synthesis of cyclomatrix polyphosphazene membrane with interfacial polymerization between 1,1-Tris(4 hydroxyphenyl)ethane and hexachlorocyclotriphosphazene on top of ceramic and polymeric supports to design tight organic solvent nanofilteration membranes. The potential of ceramic-supported thin film composite membranes as organic solvent nanofiltration membranes is confirmed with a polyethylene glycol molecular weight cutoff of 463 ± 137 g mol−1 in water and polystyrene molecular weight cutoff of 347 ± 120 g·mol−1 and 503± 220 g mol−1 in acetone and ethanol, respectively. Also, the resulting ceramic-supported TFC membrane shows a methylene blue rejection with Mw of 319 g·mol−1  of 99.5±0.2%, 95±0.2 %, and 93±0.5% in water, ethanol, and acetone, respectively. Compared to the other thin film composite ceramic-based membranes, the rejection for dyes with  Mw<400 Da is higher with similar permeances. Furthermore, the network is made on top of the porous polyacrylonitrile supports with interfacial polymerization to validate the preparation technique and facilitate the industrial implementation. FE-SEM pictures reveal the formation of layers with a few defects. It results in higher permeance and a lower rejection. Consequently, our result clearly shows the great potential of cyclomatrix polyphosphazene membranes as organic solvent nanofiltration membranes, as well as the importance of the choice of the support.

The last chapter of this thesis, Chapter 8, reflects on the obtained results in the previous chapters. In addition, this chapter suggests some monomers that could be interesting for non-aqueous interfacial polymerization. Finally, some perspectives for future research are given.

Farzaneh Radmanesh is a PhD student in the department Films in Fluids. Supervisors are prof.dr.ir. N.E. Benes and prof.dr. E.J.R. Sudhölter from the faculty of Science & Technology.