Nucleation and dynamics of bubbles/droplets in multicomponent liquids

Due to the COVID-19 crisis the PhD defence of Binglin Zeng will take place (partly) online.

Binglin Zeng is a PhD student in the research group Physics of Fluids (POF). His supervisors are prof.dr. D. Lohse and prof.dr.ir. H.J.W. Zandvliet from the Faculty of Science and Technology (S&T).

This doctoral programme was conducted under a double PhD programme agreement between The University of Twente and Beihang University. 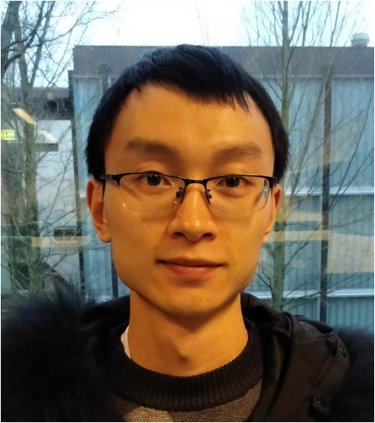 There are plenty of natural and industrial processes involving bubbles and droplets. It is essential to understand the nucleation mechanism and dynamics of the bubbles/droplets for achieving controllable production of bubbles/droplets in relevant industrial applications. This thesis studies two parts: (I) Plasmonic bubbles in binary liquids. We experimentally and theoretically studied the nucleation and growth dynamics of the plasmonic bubbles in binary liquids and under different ambient pressures. (II) Droplets from the Ouzo effect. We investigated the droplet nucleation through the Ouzo effect in a well-controlled Hele-Shaw cell, and proposed feasible methods to produce microlenses and microdents based on the Ouzo effect.

In part I, we first studied the nucleation (short term) of the initial giant plasmonic bubble in water (Chapter 2). In this work, the ambient pressure was varied from 1 bar to 9 bar by a pressure chamber, and the evolution of the initial giant bubbles was captured by high-speed cameras. We revealed that the delay time between the start of laser heating and the bubble nucleation, and bubble nucleation temperature are governed by the absolute gas concentration in the water. Furthermore, it is demonstrated that the light vapour conversion efficiency strongly decreases with increasing ambient pressures, due to the increased boiling point of water with increasing ambient pressures.

We further studied the nucleation (short term, Chapter 3), bouncing behaviour (mid term, Chapter 4) and shrinkage event (long term, Chapter 5) of the plasmonic bubbles in binary liquids. In Chapter 3, we focused on the initial giant plasmonic bubble nucleation for six binary liquids and measured the delay time τd of bubble nucleation after turning on the laser and the maximum size of the bubbles. The experimental results showed that the delay time τd depends on the absolute amount of dissolved gas in the liquid. Moreover, we revealed that at a given dumped energy prior to the formation of the bubble, the energy of the liquid required for vaporization governs the maximum size of the giant bubble. In Chapter 4, we found a periodically bouncing behaviour of a bubble within tens of milliseconds after the initial giant bubble nucleation. We experimentally and theoretically studied this bouncing behaviour and revealed that it originates from the competition between thermal and solutal Marangoni forces acting on the bubble. A theoretical model was proposed to qualitatively describe this process. The theoretical bouncing frequencies agrees well with the experimental observations. In Chapter 5, we investigated the long term behaviour of the plasmonic bubbles in binary liquids. The underlying mechanism of a sudden shrinkage during bubble growth with an ethanol ratio 70%-80% was revealed. The sudden shrinkage is caused by a depinning of the three-phase contact line from the laser spot region.

In part II, we experimentally investigated the formation of surface droplets through the Ouzo effect (Chapter 6). We have applied the droplets in the mass production of microlenses (Chapter 7) and microdents (Chapter 8) based on the Ouzo effect. In Chapter 6, a Hele-Shaw cell was used to study the droplet formation through the Ouzo effect. We observed that the obtained droplets are more homogeneous, and the mean droplet volume per area ⟨Vol⟩area depends on the local Pe number, following the universal scaling law ⟨Vol⟩area∼ Pe3/4. Furthermore, we found that the droplet volume’s probability distribution function is governed by local Pe as well. In Chapter 7, we took advantage of the controllable formation of micro/nanodroplets from the Ouzo effect and designed a simple method to obtain microlenses. In this method, we added water to the toluene-ethanol binary liquids to trigger the Ouzo effect. The toluene droplets separated from the ethanol and dissolved the PS film to generate toluene-PS binary droplets on the substrate. Eventually, the toluene in toluene-PS droplets dissolved into the bulk again, and we obtained PS microlenses on the substrate. In Chapter 8, we applied the droplets obtained using the Ouzo effect for the fabrication of micro indents. In this study, we placed an acetone-toluene-water ternary liquid with dissolved PS on a glass substrate. The Ouzo effect was induced after acetone was evaporated, resulting in the nucleation of water droplets, which act as the template. After that, the toluene evaporated, and the PS precipitated around the water droplets. Finally, we obtained PS micro indents after the water droplets evaporated.

Due to the COVID-19 crisis the PhD defence of Binglin Zeng will take place (partly) online.