Due to the COVID-19 crisis the PhD defence of Srinidhi Nagarada Gadde will take place online (until further notice).

Srinidhi Nagarada Gadde is a PhD student in the research group Physics of Fluids (POF). His supervisor is prof.dr. D. Lohse from the Faculty of Science & Technology (S&T). 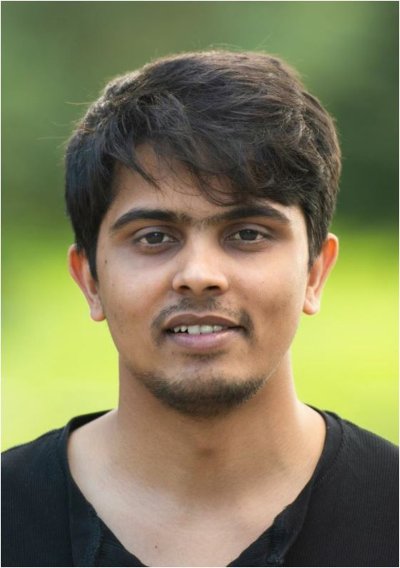 To reduce carbon emissions there is a growing focus on wind energy as a sustainable energy source due to its wide-spread acceptability. However, it has been reported that the wind energy in the European Union is not growing fast enough to achieve the target of 55% reduction in emissions by 2030. For future innovations in wind energy, it is necessary to understand the atmospheric turbulence and the factors affecting the wind farm performance. The atmospheric boundary layer (ABL) is the lowest layer of the atmosphere with turbulent flow in the region closest to the ground where most human activity occurs. In this research, large-eddy simulations (LES) were used to study ABLs with controlled numerical experiments to understand the effect of atmospheric thermal stability on wind farm performance.

LES was used to study most commonly observed conventionally neutral boundary layers (CNBLs). CNBLs are generally observed off-shore and are important for meteorological and wind energy applications. Most theoretical models till now have focused on understanding wind speed in the so-called inner layer, which extends up to about 100-150 meters. However, the dynamics in the outer layer beyond this height are more difficult to model. A novel approach for predicting the wind speeds in the outer region of a CNBL is proposed by combining ABL theory with classical perturbation method. We derived model constants for predicting the CNBL velocity profiles. This will be useful in developing turbulence models for engineering flow solvers and developing analytical wind turbine wake models for better wind energy forecasts.

We analyzed the flow physics and the effect of stable boundary layer (SBL) on wind farm power production by systematically increasing the cooling rate at the ground. An SBL is formed when the ABL is cooled, and when cooling rate increases, the SBL height decreases. Monin & Yaglom (1971) suggest that, in a SBL the shear effects dominate below a height L (surface Obukhov length) and the thermal effects dominate above the height L. By analyzing the energy budget from our LES results, we found that when the turbulent entrainment is more than the dissipation and buoyancy destruction then the wake recovery is high. Accordingly, we theorize that when turbine hub-height is smaller than L, the turbines operate in a turbulent region where the temperature effects are minimal and therefore wake recovery is not affected. However, when the turbine hub-height is greater than the Obukhov length, the thermal effects dominate, and there is very little entrainment as buoyancy damps out the vertical velocity fluctuations reducing both vertical kinetic energy and downward turbulent fluxes. This suggests that, with increasing cooling rate and decreasing boundary layer height, the turbulent entrainment of momentum which is the major source of energy for downstream turbines is adversely affected, thereby increasing wake losses causing reduced power production. We also found that, at stronger stability with low boundary layer heights, the wind flows around the wind farm instead of going above the wind farm due to `flow blockage'.

We also studied cases in which an interesting lower atmospheric phenomenon called low-level jets (LLJs) is observed. LLJs are the low-level maximum in the wind velocity profile and have been found to be highly energetic. Specifically, we studied three scenarios when the LLJ is above, in the middle, or below the turbine rotor swept area. We found that the turbine wakes are significantly altered based on the position of the LLJs. When the LLJs are above the turbine, the wakes are mostly turbulent with weak tip and root vortices. However, with decreasing LLJ height, the strength and stability of the root and tip vortices increases and can cause higher fatigue on the downstream turbines. The aerodynamic blade loading also suggests that when the blades interact with the LLJs they experience higher loading compared to normal scenarios.

Wind farm studies of the above three scenarios shows that the wake recovery and the power production of the downstream turbines are reduced due to the higher thermal stability associated with the LLJs. However, an interesting phenomenon is observed when the hub-height of the turbines are greater than the LLJ height. Instead of the downward entrainment flux which is normally observed in a boundary layer, we observed an upward entrainment flux, which facilitates wake recovery. Therefore, in terms of wake recovery it is advisable to install turbines with heights slightly above the the LLJ height. Otherwise, the wake recovery of the downstream turbines is severely affected increasing the so-called `wake losses'.

In this research, we focused mainly on cases in which the turbines the turbines are situated in simple setup such as horizontally homogeneous terrain. Complex terrains such as mountains, large scale atmospheric phenomena, and baroclinicity can also cause significant variations in wind farm power production. Future studies should focus on the interaction between atmospheric stability, complex terrain etc for designing next generation wind farms.

Due to the COVID-19 crisis the PhD defence of Srinidhi Nagarada Gadde will take place online (until further notice).