Due to the COVID-19 crisis measures the PhD defence of Thomas Brouwer will take place online (until further notice).

Thomas Brouwer is a PhD student in the research group Sustainable Process Technology (SPT). His supervisors are prof.dr.ir. B. Schuur and prof.dr S.R.A. Kersten from the Faculty of Science and Technology (S&T). 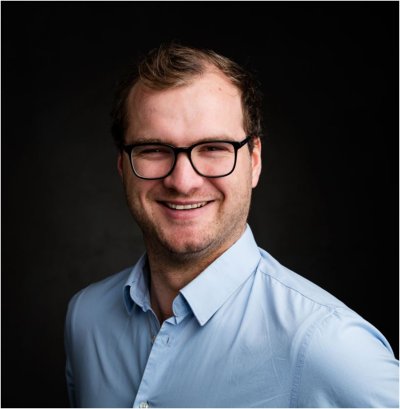 In the present, a global effort towards a sustainable future is high on the agenda. The Paris Agreement aims for an emission reduction of 40% of greenhouse gasses (compared to 1990 levels). To achieve this, all sectors need to pitch in and the chemical industry is certainly not excluded. Separation processes in the chemical industry are one of the main energy consumers, with up to 50% of the total energy usage within a chemical plant, and about 15% of the global energy consumption. Hence, any improvement in separation processes can make a considerable contribution towards reducing global energy consumption. The world is however not only dependent on energy, but also raw materials are essential to facilitate our way of living. Currently, a major part of the raw materials is produced from fossil resources. Not only is the use of fossil resources not sustainable, as it is finite, also fossil-based chemicals are eventually burned and add to the increasing amount of CO2 in the atmosphere. A switch towards sustainable resources is required. These resources need to be part of the current circular environment, which entails that the resources are produced from the same products after being discarded, recycled, or burned. In this situation, greenhouse gasses are still emitted but are in balance with the withdrawal of these gasses by nature. This dissertation will focus on creating specific separation processes, called Solvent-based Affinity Processes, in which not only the energy requirements will be lower than current state-of-the-art processes, but also evaluate the use of sustainable solvents which can be produced from sustainable resources.

Solvent-based Affinity Processes apply separation methods in which the addition of a solvent is essential. The adding of a solvent changes the characteristics of the separation by either changing the relative volatility in a distillation column or causing a phase split and consequently can selectively extract certain molecules. To understand the effect a solvent has on the separation, the interactions between the solvent molecule and the other molecules need to be understood. The search towards alternative, better functioning, solvents is therefore not a new research topic and has been done for many decades. In Chapter 3, we start by taking a look backward and evaluate all solvents which have been assessed over the last decades. A comprehensive database is compiled of infinite diluted activity coefficients (γ∞i) which is a highly specific parameter that describes interactions between the solute and solvent. From this database, it was realized that these γ∞i  are reported at many different temperatures. Knowing that the γ∞i is temperature dependent, this disabled a fair comparison of as many solvents as possible at the same temperature. Hence, a data analysis algorithm was written to significantly increase the amount of γ∞i at room temperature, 298.15K, via inter- and extrapolation using the Van ’t Hoff equation. Ultimately, several general trends could be distinguished and visualized for a wide range of solutes which may act as a guide for selecting appropriate solvents. A particular potential was identified for ionic liquids with multivalent cations. These ionic liquids show to be able to lower the activity coefficient without losing the particular selective interactions. Often these two characteristics compete with each other and this seems not to be so in this case.

The use of γ∞i is however limited, as they describe an industrially unreachable situation of infinitely high solvent to feed ratios. Hence, in Chapter 4, a methodology using the 3-component Margules equation was developed to extend the applicability of the γ∞i towards realistic solvent to feed ratios, or in other words, finite concentrations. This methodology verified various industrially used solvents, hence confirming its applicability. In the vast variety of cation-anion combinations in ionic liquids and deep eutectic solvents, the morpholinium and ammonium-type cations were additionally identified to have the highest potential in sense of inducing desired relative volatility of several separation cases. Overall, the method proposed in this chapter serves as a pre-selection for solvents to focus the research in the field of solvent-based affinity separations in which rigorous experimentation and simulations with new solvents are essential.

Experimentally determining γ∞i requires however specialized equipment and is not easy, hence in Chapter 5 the possibility of predicting these γ∞i by using theoretical models was investigated. Eight different models were assessed and the average relative deviation of each model to the combination of a wide range of different solvents and solutes was determined. Overall, for traditional (or molecular) solvents the Abraham model performed most accurately, while the MOSCED model was appropriate for ionic liquids. Still, the average relative deviation easily exceeds 65% for the prediction of γ∞i in ionic liquids, and screening of ionic liquids using these predictions should be done with care.

In Chapter 6, a different methodology was evaluated which attempts to screen solvents from another angle. The activity coefficients (γi) are not estimated from theoretical models but correlated from a very simple experiment where the heat of mixing is measured between 2 molecules. These activity coefficients were then combined with the pure component vapor pressures to predict a vapor-liquid equilibrium. Following the Gibbs equation, the only unknown parameter to do this is the entropy. This entropic term cannot be measured but can be defined by the choice of a thermodynamic model. Liquid activity coefficient models, such as NRTL, were however observed to be inappropriate, as they are dependent on the initial guess values, and multiple local solutions could be found when correlating the enthalpy of mixing. For this reason, the robust cubic equation of states where used and found to perform well for systems where all molecules could not self-associate. This problem can be resolved by extended to a cubic equation of state to include an association term, via either the CPA-model or PC-SAFT.

All previous chapters were highly theoretical by nature, though experimental work was certainly done. In Chapter 7, 25 biobased solvents were screened for 2 industrially important separation, namely a aliphatic/aromatic (methylcyclohexane/toluene) and paraffin/olefin (n-heptane/1-heptene) separation. Cyrene was seen to most effectively entrain toluene by inducing an excellent relative volatility of 3.17±0.16 (at a 50/50 wt. % feed mixture), being even higher than the industrial state-of-the-art Sulfolane. Especially at higher methylcyclohexane fractions, Cyrene significantly increases the relative volatility in the system, whereas the use of Sulfolane in this composition range results in a pinch point. The absence of the pinch point when using Cyrene lowers the minimum reflux ratio from 2.21 for Sulfolane to 1.25 for Cyrene, corresponding to an expected energy usage reduction of approximately 30%. A relative volatility towards n-heptane over 1-heptene was increased from 0.83 to 1.03 and 1.20 for a Cyrene to feed ratio of 1 and 3 respectively. Though this is less than the state-of-the-art solvent n-methylpyrrolidone, we expect that the use of Cyrene for the industrially highly relevant butadiene (another olefin) splitting from n-butane is still suitable. This offers the opportunity to replace n-methylpyrrolidone, which is subject to strong environmental restrictions.

Due to the fact, Cyrene was seen to be a biobased solvent with a high potential for apolar separation, the evaluation of this solvent was extended in Chapter 9 to liquid-liquid extractions. Four biphasic ternary systems have been assessed in which methylcyclohexane and Cyrene were kept constant. As third compound toluene, cyclohexanol, cyclohexanone and cyclopentyl methyl ether were applied. For each ternary system a selective extraction was found at the three studied temperatures of 298.15K, 323.15K and 348.15K. Cyclohexanol and cyclohexanone were most selectively extracted, while toluene and cyclopentyl methyl ether were extracted with considerably lower selectivity. While Cyrene was outperformed by Sulfolane and several ionic liquids in the extraction of toluene, the potential of Cyrene in the cyclohexanol/cyclohexanone systems was observed. Although a lower selectivity was seen than with water, due to the high boiling point of Cyrene, recovery can be much less costly. Overall, we conclude that Cyrene can be applied as a biobased extraction solvent for a variety of separations, although for several systems the phase envelop is relatively narrow and narrower at higher temperatures.

In Chapter 10, the evaluation of Cyrene to separate the apolar mixture methylcyclohexane/toluene was scaled up and process simulations were performed and compared to the state-of-the-art industrial solvent Sulfolane. Both liquid-liquid extraction (LLX)-based and extractive distillation (ED)-based processes have been simulated and the total annual costs (TAC) are compared. The Cyrene-based LLX process was economically least feasible due to the large miscibility region reported earlier. The Cyrene-based ED process was seen to be more efficient than the Sulfolane-based equivalent due to the absence of the pinch point in the vapor-liquid equilibrium, which reduced the solvent requirements. Also, the lower boiling point of Cyrene allowed for less reboiler duty. Eventually, the earlier mentioned 30% energy reduction was not achieved due to heat integration. The Sulfolane-based LLX-process is however still the most economically attractive option if the aromatic feed content is below 30 mol%, mainly due to the large immiscibility of Sulfolane and the saturated hydrocarbon

Due to the COVID-19 crisis measures the PhD defence of Thomas Brouwer will take place online (until further notice).