Due to the COVID-19 crisis the PhD defence of Marie Louise Bernsen will take place (partly) online. 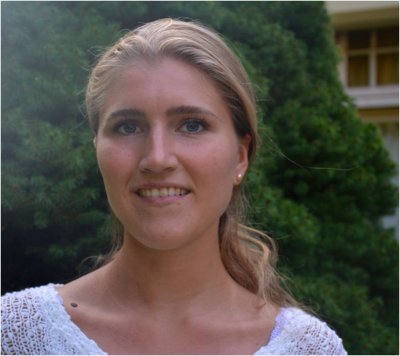 This thesis addresses technical developments to further improve the benefits of endovascular treatment (EVT) in acute ischemic stroke. In part I the two most used thrombectomy methods are compared. In part II prediction and diagnosis of two much encountered complications are studied.

Part I: Comparison of stent retriever and aspiration thrombectomy

In Chapter 2, aspiration and stent retriever thrombectomy were compared using data from the MR CLEAN Registry.12 Analysis of 1175 patients included in the first part of this registry showed that, in routine clinical practice, similar technical and clinical results are achieved when endovascular treatment is performed by direct aspiration and stent retriever as first approach. In patients treated with direct aspiration as first treatment technique, procedure times were shorter (median 57 minutes versus 70 minutes) and, as a consequence, times from symptom onset to reperfusion were shorter. However, we observed no difference in clinical outcome.

In Chapter 3, registry data were used to compare aspiration and stent retriever thrombectomy in relation to occlusion segment.17 In total, 2282 patients were included in this analysis. Again, faster procedures were seen in the aspiration group. In addition, first line aspiration treatment was associated with higher reperfusion rates in the total group, and in all subgroups based on occlusion segments. However, again, there was no difference in functional outcome between the stent retriever and aspiration treatment groups, neither in the total group, nor in subgroups based on occlusion segment. Lack of effect on functional recovery despite faster reperfusion may be related to the heterogeneity of patient groups, where functional recovery depends on factors other than reperfusion, as well. It may also be associated with insufficient sensitivity of the modified Rankin Scale to detect small differences in functional recovery between patient groups.

In Chapter 6, further improvement of the prediction model by incorporating the ratio of intracranial cerebrospinal fluid volume (CSF) to intracranial volume (ICV) was investigated. This ratio should relate to the risk of malignant infarction, because more CSF volume serves as a buffer to prevent brain herniation due to swelling. As expected, the effect of age on malignant edema disappeared after adding the CSF/ICV ratio to the prediction model. In general, older patients have a higher CSF/ICV ratio, because of brain atrophy. As age and the CSF/ICV ratio are closely related to each other and to malignant edema, one predictor could be removed from the prediction model. We propose to remove the age variable, because the CSF/ICV added more to model discrimination than age.

Postprocedural imaging in treated patients can result in diagnostic difficulties due to hyperattenuation on CT, which may either represent contrast agent from the endovascular procedure or intracranial hemorrhage. New spectral CT techniques may offer a solution by allowing interrogation between blood and iodine contrast agents. In Chapter 7, results of initial experience with spectral detector CT after endovascular treatment are presented. Sixty-three patients with spectral CT within one week after EVT were studied.

Based on these results we conclude that spectral detector CT could be a valuable addition in hospitals who perform EVT.

Due to the COVID-19 crisis the PhD defence of Marie Louise Bernsen will take place (partly) online.