Martin Haagh is a PhD student in the research group Physics of Complex Fluids (PCF). His supervisors are prof.dr. F.G. Mugele and dr. M.H.G. Duits from the Faculty of Science and Technology (TNW). 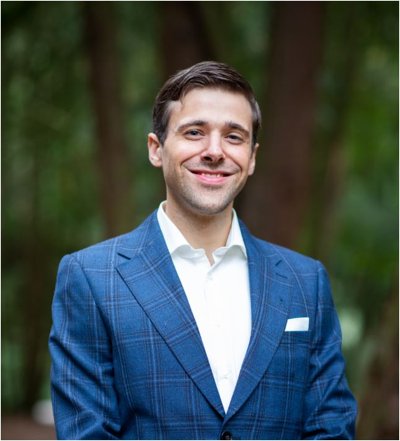 Low salinity water flooding is a technique where, by injecting reduced salinity seawater, oil recovery can be significantly improved in some sandstone reservoirs. It has been generally agreed upon that this works predominantly by improving the water wettability of the reservoir rock. However, the mechanisms that underlie this salinity-induced water wettability alteration are still poorly understood, largely because of the high degree of complexity of these reservoir systems. This is found in the variety of the oil, brine, and mineral phase contents; in the multi-scale porous system, and in the high temperatures and pressures involved.

In designing an experiment to find the underlying wettability mechanisms one must therefore either include a high degree of complexity to get realistic, but difficult to interpret results, or greatly simplify the system to gain insight into very specific mechanisms, which are however not  guaranteed to be relevant under more realistic conditions. A wealth of literature exists largely on the more complex side of these experiments, and, since recently, much has been done using highly simplified systems. In this work, I aimed to bridge some of the mechanistic insights gained from simplified systems with the current knowledge of low salinity water flooding at realistic conditions. Therefore, I opted to look into systems of low-to-intermediate complexity. This work is set-up such that each chapter adds a degree of complexity, starting with single-salt brine/oil/mineral systems at room temperature, and ending with complex multi-component brine/crude oil/oil-aged mineral systems at elevated temperatures. The general form of these experiments has been kept constant: a single droplet of either oil (n-decane with fatty acids, or crude oil) or brine, in an ambient phase of the other kind, deposited onto a mineral substrate, usually mica. I measured the wettability response of the systems by registering the contact angles of the droplets, and how these depend on the conditions of the system. In some cases I also looked into the physico-chemical properties of the substrates, to study the underlying mechanisms in further detail.

Changing the temperature of the system had strong effects on the wettability of these simplified systems, as investigated in Chapter 3: at temperatures above 40°C the divalent cation content, although still important, was no longer the sole factor dominating the wettability effects. Instead the presence of just 2 mM of bicarbonate, as it occurs in seawater, now caused the water contact angles of up to 160° to be reached, whereas only 60° could be reached without it. In Chapter 4 I looked into this remarkable effect in more detail, and found that the underlying structure on the substrate was altered from a patchy monolayer to a dense hydrophobic multilayer. It was established that this multilayer forms at the three-phase contact line, and likely consists of alternating fatty acid bilayers bound together by CaCO3.

Lastly, in Chapter 5, measurements using real crude oil are introduced, with substrates aged with a thin brine film and the same oil. There I found that all substrates were fully covered in organic layers, likely consisting mostly of asphaltenic aggregates. Therefore, during wettability measurement, there was no direct contact between mineral substrate and the oil and brine phases. The nature of this organic layer was shown to be critical to the eventual wettability effects, and it was found that the aging conditions (mostly the brine content) of the substrate were therefore very influential in this regard. Even here the divalent cation content was found to be one of the most important factors determining the wettability response of the system.

Moving forward in gaining understanding in the wettability alteration mechanisms that underlie low salinity water flooding, it will be very important to investigate these pre-adsorbed organic layers: how they are formed and how they affect the macroscopic wettability and its dependence on ionic content.

Martin Haagh is a PhD student in the research group Physics of Complex Fluids (PCF). His supervisors are prof.dr. F.G. Mugele and dr. M.H.G. Duits from the Faculty of Science and Technology (TNW).