Due to the COVID-19 crisis measures the PhD defence of Marleen Molenaar will take place (partly) online in the presence of an invited audience. 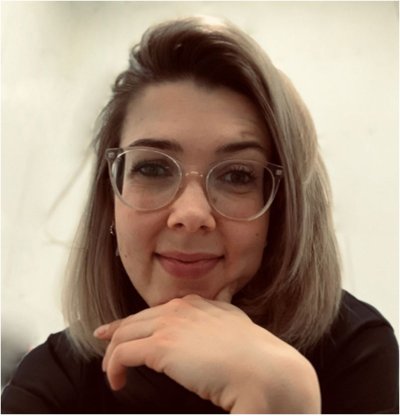 Over the past decade, cryoballoon therapy has evolved into a well-recognized and recommended ablation method to perform pulmonary vein isolation (PVI) in the treatment of atrial fibrillation (AF)1. This thesis describes the search for a balance between safety and efficacy in cryoballoon PVI and focusses primarily on the improvement of safety aspects. In the early stage of cryoballoon PVI, the main goal of cryoballoon ablation was to reach similar outcomes compared to the traditional “gold standard” point by point radiofrequency (RF) ablation. The safety aspect was not mentioned regularly in global research. Over the last years, the paradigm has shifted. After the introduction of the second-generation cryoballoon and the proven non-inferiority to RF ablation, more attention was pointed to the safety aspect. During the years in which the research of this dissertation was performed, the number of studies on safety aspects showed a sharp increase.

There are multiple safety aspects to focus on in RF as well as cryoballoon PVI. The most important complications in RF and cryoballoon PVI have been pulmonary vein (PV) stenosis, thrombi and (silent) stroke, tamponade and damage to surrounding tissues. Due to the large diversity in study results, there is no global consensus on precaution measures impeding more rare complications. At this moment the main safety issue in cryoballoon PVI is damage in surrounding tissues due to the dispersion of cryothermal energy. A broad range of safety measures is available to prevent this extra-cardiac damage. Monitoring of critical structures both by compound motor action potentials and measurement of oesophageal temperature (OT) can enhance the safety profile of the procedure. Despite the fact that such precautions are available they are certainly not widely used. Conclusive studies are needed to integrate additional safety measures as part of the standard ablation procedure. Limiting the amount of RF- and cryoenergy while maintaining efficacy is subject of ongoing investigation2. (Chapter 2)

With the aim to reduce extra-cardiac damage without affecting treatment efficacy, the dosing of cryoenergy became critically important. Historically, 4-minute applications with a bonus application after isolation was the standard for the first-generation cryoballoon3. The use of single and shorter applications as well as omitting bonus applications after successful isolation have been explored4–8. Protocols with shorter ablation duration have shown encouraging results4,5,9. However, this has mainly been demonstrated retrospectively and the optimal cryoballoon duration and dosing strategy are still subject of debate.

Although long-term success was slightly reduced with shortened application duration, no inferiority was proven. PV analysis showed that reduction was mainly present in the left PVs, although again no inferiority was proven. For the right superior PV, shorter cryoballoon applications (<2 minutes) did not affect PV reconduction while resulting in less PNI. (Chapter 3 and 4)

Monitoring of critical structures can be used to alarm the operating physician for imminent extra-cardiac damage. It enables the operator to prematurely cease ablation applications to prevent complications. For example, damage to the oesophagus and the vagal nerve could be prevented by monitoring the OT.

OT-based guidance of cryoballoon PVI has shown a significant reduction of thermal oesophageal lesions. Interrupting applications at an OT of 15°C has been suggested to prevent oesophageal injury10. In Chapter 5 we demonstrated that low OTs emerge on a regular base in clinical practice. A quarter of the patients show OTs below 20°C, with half of those even below 16°C. Without oesophageal monitoring this would not be noticed. Since symptoms of oesophageal and vagal damage are usually not linked to a cardiac procedure by the patients, these complications are not always attributed to this procedure and might be under-reported.

Balloon temperature is often used as a surrogate metric for low temperatures in the oesophagus and adjacent structures. However, the results in Chapter 5 showed no clinically significant correlation between minimum balloon temperature and the lowest measured OT. This is in accordance with earlier reports on this subject10,11.

Besides dosing and monitoring, imaging is also an important tool to guide PVI procedures. The ability to identify patients at risk enables operators to take precautions for a specific subset of patients. Imaging can be used to make such predictions. For example, the oesophagus to PV (OP) distance as determined on computed tomography (CT) was shown to be such a predictor. A cut-off value for an OP distance of 19mm showed a 96.2% sensitivity and a 37.8% specificity for predicting low OTs. As an OP distance of <19mm for any PV was present in all patients, we recommend routine OT measurement in all patients during cryoballoon therapy to prevent oesophageal related complications. (Chapter 5)

When using imaging as a guiding tool during PVI procedures, it was shown that the use of 3D CT overlay has several benefits over direct fluoroscopy. As the 3D CT overlay image supplies a 3D navigation map, manoeuvring and placing the cryoballoon becomes more straightforward. (Chapter 6) Even though the study population was limited, the study showed that the use of 3D CT overlay has the potential to reduce radiation dose and exposure to contrast dye in cryoballoon-based PVI. Additional advantage of 3D magnetic resonance imaging (MRI) overlay with respect to radiation dose is to be expected.

So pre-procedural CT scans provide detailed anatomical information which can be used before as well as during the procedure. However, incidental findings that identify potential pathologies may be revealed on pre-procedural CT scans. In both the PVI and transcatheter aortic valve replacement population presence of these incidental findings is very common12–23. This was confirmed by the results presented in Chapter 7. Furthermore, Chapter 7 contributes to the ongoing debate regarding the beneficial and adverse effects of recognizing incidental findings. Early detection of pathology potentially enables early treatment but simultaneously results in increased costs, increased radiation exposure and possible anxiety for the patient. Based on Chapter 7 anxiety could be reduced by actively informing patients that although the chance of an incidental finding is present, only a small percentage requires therapy. Merely alterations in choices or scheduling could be made due to the gained knowledge.

Waaier
Add to your calendaraHGbRdipTzsgMbuxYmdh4912403/12/2020 10:45Europe/AmsterdamPARTLY DIGITAL - ONLY FOR INVITEES (1,5 m) : PhD Defence Marleen Molenaar | Balancing safety and efficacy of cryoballoon pulmonary vein isolation in the treatment of Atrial fibrillation

Due to the COVID-19 crisis measures the PhD defence of Marleen Molenaar will take place (partly) online in the presence of an invited audience.